What I Have Learned This Last Year

It has been exactly 365 days since I wrote my first post.  As I contemplate this milestone, I wish I could say that our world has advanced in a more caring, more liberty-minded, more God-fearing, and more moral direction.  As a whole, it has not; but this experience of writing my daily personal thoughts has introduced me to some incredible people who have shown me these characteristics still exist on an individual basis.  And it is to you that I dedicate today's post.
I think the one thing that has been the most surprising is the number of people from around the world that read my blog.  I have readers in China, Russia, Greece, the Philippines, Ukraine, India, Portugal, Australia, UK, Japan, Thailand, Canada, France, and more.  The numbers aren't huge, but the fact that people from other countries are interested in what we have to say is humbling.  The internet has given us a voice that the rest of the world is listening to.  Amazing! 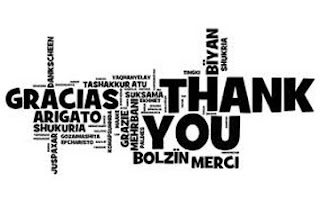 Together, we have explored a lot of ground in the last year.  From my initial post of trying to figure out how we have arrived at this point in our shared history, to one year later trying to work out a way forward through the chaos.... you have given me great insight, encouraged and inspired me, and blessed me with your friendships.  And I thank you!  Each time that I wondered if I was helping anyone, or doing any good, I would receive a comment that motivated me to keep writing.  As long as there are one or two people who want to hear what I have to say, then I pray that God will use me to write what they need to hear.
And He has guided me (us) through a wide variety of subjects!  I initially thought my purpose would be to offer encouragement and instruction to people (both men and women) who might be considering the Prepper mindset for the first time.  So we've taken a look at survival techniques and products; a little bit of everything, including how to assemble your Go-Bag, build a fire, cook on a rocket stove, bake bread, make soap, pressure can and dehydrate, shoot a pistol and treat wounds.  All this is good info, and very relevant.  But I also felt a calling to begin expressing a moral and ethical conscious from a Christian American.
I took you along on my study of the Constitution and the history of our country; how the rule of law and the individual rights of man were determined by our Founding Fathers.  And these posts were juxtaposed with those on the Occupy movement and their extolling of the rights of the collective 99%.
That led to posts cautioning us to be aware of attacks on homeschooling, our healthcare, and our faith.  I warned you about the advent of RFID chips, pills and tattoos; that Smart Meters are on the horizon; and that, make no mistake about it, Death Panels are a reality.
We've discussed the fact that our civil liberties, our religious freedom, and our right to defend ourselves from tyranny (both foreign and domestic) are subject to eradication.  The United Nations has inserted itself into our sovereign government and they are pushing their "one world" agenda HARD.
During this past year we have taken a look at the world economic situation, especially in Europe, and how that is, and will, affect us.  We have seen an emerging and growing threat in the Middle East, fueled by the Muslim Brotherhood and their push for an Islamic caliphate.  The Middle East is a powder keg; on the one hand, you have thousands in the streets demonstrating for democracy, while on the other hand there is such hatred for Israel, the one democracy in the region.  Death and destruction abound, yet we entertained heroes such as Malala, the young Pakistani girl who stood up to the Taliban; and my friends Aviahi and Ophir, Messianic Jews who, raising their young family in Jerusalem, suffer persecution by their own countrymen for practicing their faith.
We celebrated other heroes: Hannah Szenes, the Hungarian Resistance fighter who stood up to Hitler; astronaut Neil Armstrong, who defied those who would limit his religious freedom, and held communion on the moon; Navy Seal Michael Murphy who exemplified the sacrifice of Christ by laying down his life to save his brothers-in-arms; the Wounded Warriors at Fisher House, who have sacrificed life and limb to protect our nation; and finally, my personal hero, my dad, an Illinois farm boy who accomplished nothing the world would call "heroic", yet along with millions of other 17-year-olds, answered the call of his nation to defend her. 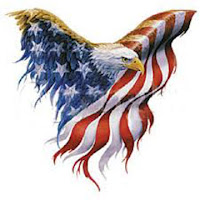 So much has happened during this last year on the national and world stage, yet a lot remains the same.  Christmas and our Christian faith are still under attack; even more so than 365 days ago.  Congress is still deadlocked on how to solve our financial crisis, while we come ever closer to economic and fiscal disaster.  We still have troops dying in far off Afghanistan, and our military is under threat of being demoralized and decreased.
But the news is not all bad!  I contend that the resolve of patriotic and spiritual Americans is increasing and gaining greater influence.  We will not simply accept and acquiesce to authorities that would demand we give up our rights, our voice, and our faith.  We know that it is time to take a stand, or we chance losing everything.  And for millions of us, that is not an option.
This blog has become not only my voice and opinion, but yours, too.  There are many loyal readers whose comments are just as valid, and oftentimes, more well-informed and passionate than mine.  I have enjoyed getting to know you and am thankful this blog has brought such good friends into my life.     I value our discussions and your viewpoints.  They are always welcome and provide an immeasurable contribution to this endeavor.  So as long as you want to continue this exchange of ideas and thoughts, I'm willing to put in the hours each day.  Let's go another round together and make this world a better place.  What do you say?

2 Corinthians 4:15-17    "All this is for your benefit, so that the grace that is reaching more and more people may cause thanksgiving to overflow to the glory of God. Therefore we do not lose heart. Though outwardly we are wasting away, yet inwardly we are being renewed day by day. For our light and momentary troubles are achieving for us an eternal glory that far outweighs them all."
Posted by Pam Kohler at 7:00 AM