Be Careful How You Treat Israel!

Amid the ever-present sabre rattling from Iran's President and Ayatollahs, there is reason to be concerned about United States/Israel relations.   I have read opinion pieces from both Time.com, (the U.S. internet arm of Time Magazine) and DEBKAfile, (an independent Israeli website) and both sources offer some interesting insight.  So, here's my assessment, as a Bible-believing woman from middle America, who is by no means a foreign policy expert.
Both sources agree that America has drastically cut back on a joint military exercise scheduled for this fall.  What they disagree on, is the reason why.  Originally, the goal of Austere Challenge 12, as the exercise is known, was to improve the "inter-operability" between the U.S. and Israeli anti-missile systems.  In other words, these defense systems are mutually beneficial and linked together, and the purpose of the exercise was to strengthen Israel against a possible nuclear attack by Iran.  The joint exercise is important to Israel because, although they have made inroads to their own anti-missile systems, they simply don't have enough to protect their entire country or population. 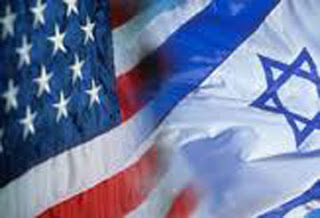 That's why it was extremely important to the Israelis that the U.S. followed through on their promised 5,000 troops, Patriot anti-missile systems, and two Aegis Ballistic Missile Defense warships.  Instead, the U.S. has announced that the Pentagon will send only 1,200 to 1,500 members of the military and only one of the Missile Defense warships (and that's a "maybe").  The Patriot systems will arrive, but not the crews to man them.  Also Time reports that "the U.S. maintains an X-band radar installation in Israel’s Negev Desert, pointed toward Iran and linked to Israel’s Arrow anti-missile system".  This radar is so powerful that it can detect a softball thrown in the air from thousands of miles away.
But here's the kicker ..... only Americans are allowed to see what's on those radar screens, and if there is no U.S. personnel there to assess what's on the radar, then they are virtually useless.  Because the U.S. array can detect an Iranian missile launch six to seven minutes earlier than Israel’s best radar, the lack of evaluation will put Israel at a decided disadvantage.
It is my feeling that the U.S. is trying to stall any preemptive strike by Israel upon Iran.  I think the Pentagon and top foreign policy officials think if we pull back on our cooperation in building up Israel's defenses, they will put the breaks on and not chance going it alone.  On their part, Israeli officials, including Prime Minister Benjamin Netanyahu, have declared their intentions to launch a strike and are urging President Obama to commit to U.S. military action if Iran does not comply and halt their nuclear buildup.  But the statement by the Chairman of the U.S. Joint Chiefs, General Martin Dempsey, makes the U.S. position pretty clear: "“I don’t want to be complicit if they choose to do it.”  Sounds like "You're on your own" to me.
For the other side of the coin, DEBKAfile sees this decision by our administration as a complete abandonment of Israel.  Military sources in Israel say the message is clear:  "the Netanyahu government will bear full and exclusive responsibility for the consequences of attacking Iran."  But Israeli sources report another reason for leaving Israel stranded and rejected.  They seem to think that there was a complicit agreement between the U.S. and Russia to control their "partners" in the region.  During this past month, President Vladimir Putin severed military ties with both Iran and Syria, in a move designed to de-escalate mounting tensions in the Middle East.  For their part, the U.S. administration was to back off military aid to Israel.
But this shady union between the two Super Powers didn't count on Israel's determination.  Because, you see, they know that none of these diplomatic shenanigans do anything to prevent Iran from going forward with their nuclear program.  Perhaps this is part of the reason behind our President's whispered promise to Russian President Medvedev that he needed more space in regards to missile defense and he "would have more flexibility" after his next election.
So where does all this maneuvering leave the world?  Basically in a stalemate of heightened tension and alert.  Who is going to blink first?  I don't know enough to make a prediction.  But I can tell you this.  We see in the Bible that God is a God of promises; and His character will not allow Him to abandon those promises.  We must remember that God's purpose is to bless the world through the nation of Israel.  He says in Genesis 12:2-3 .... "I will make you into a great nation and I will bless you; I will make your name great, and you will be a blessing. I will bless those who bless you, and whoever curses you I will curse; and all peoples on earth will be blessed through you".
This does not mean that we owe blind allegiance to Israel and everything she does.  But it does mean that we must recognize that God has a purpose for the current nation of Israel and His chosen people, the Jews, who inhabit the land.  We must be very careful about casting aside this relationship and disowning our shared inheritance in the kingdom of God.  We must do all we can to lend them our support and offer our guidance and counsel in navigating these dangerous waters.  Our mutual existence in this world and the next depends on it.

Deuteronomy 7:6      "For you are a people holy to the Lord your God. The Lord your God has chosen you out of all the peoples on the face of the earth to be his people, his treasured possession."