The Lack Of A Biblical Foundation: We Will Reap What We Have Sown

In keeping with yesterday's post, I ran across an interesting article published by Beloit College, a liberal arts and sciences college founded on the Wisconsin frontier in 1846.  They pride themselves on providing an education that challenges their graduates to thrive and succeed in an ever-changing world. From my limited understanding, it appears that the college urges students to engage in exploring their areas of interest and study, design their own curriculum, and then demonstrate that they truly know their field and major.  Interesting concept .... but it is the research they have done on the mindset of incoming freshman that caught my attention.
In 1998, the College came up with an interesting measure to gauge the attitudes and world view of its entering first year students.  What started out as a way to prepare the faculty for what they would face from their students, has now become a much anticipated indicator of just who our youth are in a variety of areas.   Called The Mindset List, it was first compiled for the class of 2002, who were born in 1980.  I think you will find the complete list very revealing for the next graduating class of 2016, who were born in 1994.  For the sake of today's post, I just want to point out a few of the traits that distinguish them as a group: 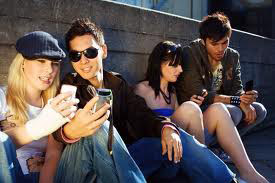 1.  They are the most tribal generation in history and they despise being separated from contact with friends.   All you have to do is threaten to take away their texting privileges and watch them go into meltdown.  They go nowhere without their phones, and their attention span is constantly broken to check for messages.
2.   They prefer to watch television everywhere except on a television.  This contributes to their sense of isolation.  Watching TV has now become a one-on-one activity between them and their iPad.  Remember when families spent time together, waiting to watch The Wonderful World of Disney?  We gathered together to watch the landing on the moon, or to stare in horror at the falling of the Twin Towers.  They may catch a comment about a newsworthy event on Twitter, but if it isn't sent to them specifically, they will never be aware of it.
3.   In these students’ lifetimes, with MP3 players and iPods, they seldom listen to the car radio.  This has resulted in a high percentage of them that suffer from hearing loss.
4.   They can’t picture people actually carrying luggage through airports rather than rolling it.  Their lifestyle has always been about making things easier.
5.   Their folks have never gazed with pride on a new set of bound encyclopedias on the bookshelf.  And they have no desire for gaining knowledge outside of their limited sphere of interests.
6.   Exposed bra straps have always been a fashion statement, not a wardrobe malfunction to be corrected quietly by well-meaning friends.  "Modest", "Demure", and "Proper" are not part of their vocabulary.
7.   They have lived in an era of instant stardom and self-proclaimed celebrities, famous for being famous.   And these are the role models they look up to; they can't tell you what these people have accomplished to make the world a better place.  They worship false idols, promoted by a Babylon world system. 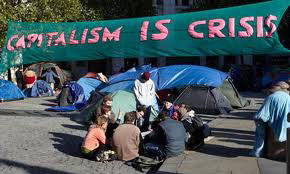 8.   They have come to political consciousness during a time of increasing doubts about America’s future.   Along with the doubts, comes a skewed history of what America has accomplished and who she really is.  You can thank our centers of higher education for that!
9.   They have always enjoyed school and summer camp memories with a digital yearbook.  They've missed out on the fun of getting your friends to sign your yearbook, and the joy of looking back on shared memories throughout the years.  Digital yearbooks are just another nonpermanent fixture in their lives.  It captures their attention for a brief span of time, and if they hit the delete button, it is gone forever.  So much for memories.
10.  They have always lived in cyberspace, addicted to a new generation of “electronic narcotics.”   You can call me a crazy Christian if you want, but I believe, with all my heart, that cyberspace and the hold it has on our children, is one of the manifestations of the Harlot Babylon.  (See #7 above).  It draws the focus of our kids away from a relationship with God, and towards a "counterfeit relationship" with the world.  They worship at the altar of Facebook and the iPhone.  Who really knows anyone in this day of hiding behind a screen name and email address?  Which brings me to the final characteristic I want to mention...
11.   The Biblical sources of terms such as “Forbidden Fruit,” “The writing on the wall,” “Good Samaritan,” and “The Promised Land” are unknown to most of them!   What a sad indictment of our culture!  The fact that these phrases have no meaning or context should drive each one of us to our knees.  How have we strayed so far from teaching our children the Good Book? 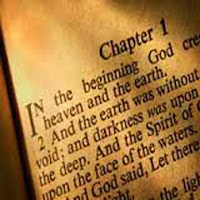 It's no wonder that they measure their self-worth against hollow heroes such as celebrities, TV reality "stars", movie characters, and politicians with carefully crafted and false images.  The Bible teaches us about the character of God .... His good, moral, pure Character.  And His Son is the standard by which we conduct our lives.  If our children are not taught these principles and do not know Him, then we have condemned them to an existence of empty promises, with a small "p".  Because the ramifications of not knowing what "the Promise" is, (with a capital "P") is a culture and society that will glorify greed, lust, hate, success at all costs, and tyranny.  "Sin" has no meaning and no relevance.  Such is the legacy we've left the class of 2016.  This nation has experienced two revivals of faith in its history.  I have heard much talk lately that there is a stirring in the soul of America for a Third Great Awakening.  By the existing evidence in the Mindset List, it can't come soon enough!  Pray for our country and our youth, before we've lost them both forever!

1 John 3:6-7        "No one who lives in Him keeps on sinning. No one who continues to sin has either seen Him or known Him.  Dear children, do not let anyone lead you astray. The one who keeps on doing what is right is righteous, just as He is righteous."