Lately, I have noticed more and more of my fellow Americans discussing the possibility of leaving this great land of ours, should tyranny reign.  John Price, in his book The End of America, offers biblical warnings of why you should flee America.  A local Republican Committee Chairwoman has stated she and her family have plans to relocate to Costa Rica, if things deteriorate.  And still others across the blogosphere enthusiastically extoll the virtues of becoming an expatriate. 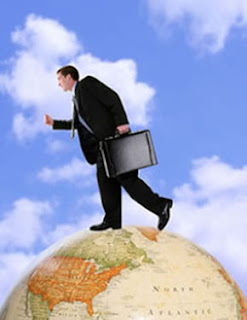 Before you decide to jump ship, you might want to read the following article that appeared on Survivalblog.com.   This well-written and researched post cites several different scenarios where people, who thought things were getting too restrictive here in the U.S., decided to pick up roots and move to another country, where they thought they could live a more free life.
Inevitably, they found otherwise.  Don't get me wrong, there are lots of things about the direction this country is headed which I find troubling, if not downright terrifying.  But I still maintain that it is the best place on earth to make your stand.
I often hear Canada, Singapore and Belize mentioned as possible destinations.  But in each of those countries, it is far too easy to find yourself running afoul of their restrictive gun laws.  And if you're even thinking that relocating diminishes your need to own firearms, well...... let's just say you probably don't understand the real concept of why you should be a firearms owner in the first place.
But back to this excellent article --- it gives several good examples of people who thought they would live better lives outside the reach of the United States Government.  But they found otherwise.  Canada's gun laws are actually more restrictive than ours; and while it may seem confusing to keep up with the different gun laws in each of the 50 states, if you don't like the statutes where you live --- just move.  At least you're not subject to an overall national regulation; you do have choices.
There are other liberties to consider besides the right to own firearms.  Take economic liberties.  The foundations of economic freedom are personal choice, voluntary exchange, and open markets.  While it's true that the U.S. has fallen into 10th place of the countries that offer the most economic freedom, according to the Cato Institute --- Hong is first, followed by Singapore, New Zealand, Switzerland, Australia, Canada, Chile, the United Kingdom, and Mauritius --- there are still trade-offs, most importantly to me being the aforementioned right to bear arms.  And yes, our exorbitant government spending and borrowing have helped our decline in the standings, along with concerns over assaults on legal and property rights issues.  You might be able to make millions in Singapore, and avoid our tax situation, but it seems to me that a rich American immigrant would be an easy target.  And their strict gun laws would make me more than a little nervous about defending my wealth.
So, as you can see, it still comes back to the Second Amendment for me.  These other nations might be doing better economically than we are, but don't think for a minute that they are immune from the global economic ramifications of our financial problems.  The world's economy is a house of cards, and we are at the center of it.  When it all falls apart, which citizenry stands the best chance of defending itself from a global tyranny?   Your preservation of wealth in a foreign country will not be as easy as you think.  Just consider the story of John MacAfee, the anti-virus software pioneer.  He recently found out that donating $1.2 million to the Belize Coast Guard, among other charitable "donations", did not keep him from being charged with gun violations after local police raided his fortified compound. 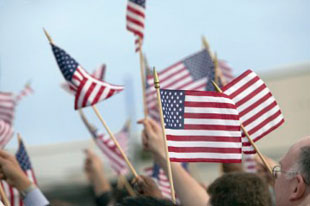 Like I said, if you're an American in a foreign country, I think it's going to be assumed you have emigrated to protect your wealth, which puts a big, fat target on your forehead.  And if their gun laws are stricter than ours, how do you think you're going to protect that wealth, or not become a victim of some government scam?
Nope, as for me, I'm staying right here.  The way I figure it, God placed me where he wanted me.  There's a reason I was born an American, and a purpose to my being here.  He has work for me to do right here, where I stand.  This country may not be all it used to be, but it won't stand a chance to return to its greatness if I don't stand and fight for her.  She deserves my loyalty and my unwavering commitment.

Revelation 3:2        "Wake up! Strengthen what remains and is about to die, for I have found your deeds unfinished in the sight of my God."
Posted by Pam Kohler at 7:00 AM