Did You Really Build Your Business?

I don't know about you, but I was deeply offended by the recent remarks of our President.  In the midst of a speech where he argued that successful businesses rely on public resources funded by the government, Mr. Obama stated,  "If you've got a business -- you didn't build that. Somebody else made that happen... ".  Now I know he had to immediately regret that remark.  He had to know that the millions of small businesses across the country would be insulted.  And I'd like to give him the benefit of the doubt, but somehow I think he truly believes that without the Federal Government, Mom and Pop could never succeed on their own efforts.
This was spoken by a man whose entire career has been on the backs of the taxpayer.  And because of that, I have to believe he has never known the satisfaction of success that is due to creativity, initiative, and self-sacrifice.  He has never dreamed of being his own boss; of taking a risk, setting a goal, and achieving something that no one else has attempted in quite the same way.  You see, building a business is an individual accomplishment.  Your business, no matter what it is, is like no other. 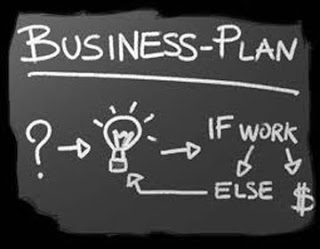 It contains your unique fingerprints; what you've given up to make a go of it --- the lost sleep, the hours of research and preparation, the anxiety over decisions to be made, the careful attention to profit and loss.  And need I point out that the Federal Government seems to have none of these attributes when it comes to doing their job?
For the last 17 years, PLW and I have maintained our own business.  He "makes his own widget", as he likes to describe it; creating individual works of art.  I help to support and maintain the business, wearing all kinds of hats --- office manager, website designer, bookkeeper, secretary, gopher and errand girl.  We sometimes laugh that when we had "conventional" jobs, we worked 8 to 5, with an hour off for lunch, and all holidays.  Now we begin at 7:30, stop for a 20-minute lunch break, consistently work until 6 or 6:30, and never know what day it is.  Labor Day a holiday?  For us, it's just another work day.  And Saturdays?  We might sleep a little later, and work at a slower pace, but when you have a business, every day is an opportunity to create.  Every day but Sunday, that is.  That day is dedicated to our Creator.
But unlike true government-funded programs, our time is productive, and every day yields a sense of accomplishment.  And from day one, we have done it on our own.  No business loan, no government grant.  If the profit wasn't there, we did without.  And that reality is beginning to hit home more than it has in a long time.
You see, until recently we had the confidence that we could succeed as business owners.  That we had succeeded.  We have a 17-year history of success, and there was no limit on where our resourcefulness and ambition could take us.  But we no longer have that conviction that nothing stands in our way.  For the first time, we sense the very real possibility that we might go backwards.
There's a real disconnect between our lawmakers and representatives, and the citizens of this country.  No longer do we admire the "self-made" man, or respect the efforts of any businessman who manages to beat the odds and end up at the top of the heap.  Today, it's all about "equality".  We all have to be the same; no one can achieve more than another.  We all have to receive a ribbon or trophy.
We .... no, our government! .... seem to have forgotten that enterprise and entrepreneurship is what made America distinctive.  It's what drew the dreamers and the visionaries to our shores.  You could become anything and secure real wealth in this country.  That is, until "wealth" became a dirty word.  "Rags to riches" used to be celebrated.  Now we just glorify every new entitlement.   And I fear the plan is to make "Government" the only job in town.