Where Is The Church?

I am just going to come out and say it --- I am deeply concerned about the state of the Church in America.   For those who are Believers, please know that what I say comes from a place that reveres the Body of Christ.  And if you are not a Believer, please don't skip this post.  The Church has always been an important part of measuring where the conscience of our nation lies.  It should not be ignored.
And please don't misunderstand; I am not condemning ALL churches or ALL pastors.   I would never dare question their commitment to their faith or their flock.  Nor would I doubt the state of their heart or their souls.  But I just don't understand how they can see the decay of our society and the moral and religious "falling away", and remain silent from the pulpit.
It's one thing to effectively engage in winning souls for the Lord, and to preach about God's mercy and grace.  Heaven knows that the world needs to hear the plan for salvation.  And I personally know of many pastors and churches who are serving God just as He intended.  They are doing their best in a culture that's out of control, and are fighting the battle for righteousness the best way they know how. 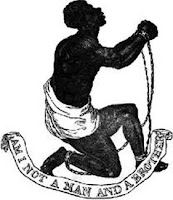 But here's my problem.  Throughout the ages, the church has always influenced public policy and opinions.  During our own country's Revolutionary War, pastors gave fiery sermons against the tyrant King George and were instrumental in seeing that our new nation had no "State or National" Church.  After all, Jesus is to be King over His Body, the Church, not any mortal King or Government Head.  And there's the case for the Church's involvement in the abolition of slavery.  It was Church leaders who greatly influenced the demise of that abhorrent system.
So I wish I could witness today's Church leaders being as bold and brave as their predecessors.  They know and see the evils being perpetuated on our society:  abortion; the attack on the institution of marriage; the enslavement of citizens through a corrupt welfare system; murder, rape and blasphemy.  They read the headlines the same as I do:  Christians Killed in Syria (or Egypt) (or Nigeria); Muslim Brotherhood Promoting Restoration of the Caliphate; Porn, Prostitutes and Sex Are Alive and Well in our Nation's Capital.  They know all this grieves God and is loathsome in His sight!
So why are they silent on these matters?   They continue to preach the message of Grace, and ignore  the calling for accountability on these issues.  What are they afraid of?  My first inclination is to think that the American Church has become too business-like.  Pastors have to answer to Boards or possibly risk the favor of a generous donor if they speak out on controversial subjects.  Perhaps the threat of losing their precious 501(3) c status keeps many from standing up for God's principles and representing His character.
Well guess what I found out?  According to an article by a grassroots organization out of Georgia, churches are automatically given tax-exempt status by virtue of being a church!  And churches have the right to speak out on the issues of the day.  But because the IRS has intimidated them, most avoid any conflict by keeping quiet on topics that might call attention to themselves.  But I contend, that by remaining silent, and not preaching what Jesus had to say about these offenses, they are losing a golden opportunity to teach about repentance. 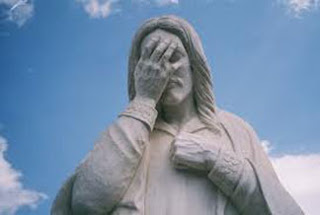 After all, in the Great Commission Jesus declared to the Apostles that He had been given authority in heaven and on earth.  And besides making disciples of all the nations and baptizing sinners in the name of the Holy Trinity, they were to "teach them to observe all things that I  have commanded you."   He didn't say, "Know everything that I have commanded you and then turn a blind eye if those commandments are violated."
That doesn't mean that I am advocating excoriating judgment from the pulpit.  But I do believe it is the obligation of Pastors to boldly speak the Word, and to speak out on institutions, cultures, systems and actions that separate man from God.  Repentance and forgiveness are two of the most beautiful words in our faith.  But they cannot be achieved if the sin is not first identified and renounced.
I see the moral decay of our society happening at such a fast rate, and yet millions of churchgoers receive the "feel good" message on Sunday morning that God loves them (and He does!), without receiving the call to renounce such immoral behavior.
Make no mistake, in my youth I hated the "hellfire and brimstone" sermons with a passion.  They lacked the message of God's grace and mercy.  But I think, today, the pendulum has swung too far in the other direction in an attempt to show God's love.  We could use a little threat of eternal damnation .... before it becomes a reality!