Update On Greece And More

Just because I haven't talked about Greece lately, doesn't mean the state of its economy and culture no longer has any consequences for us and the world.  In reality, things have deteriorated rapidly and we must look upon their situation as a potential forecast for ours.
There is a worldwide loss of confidence in Greece's economic policies.  Their recent elections are proof of that.  Greeks, who are reeling from two years of austerity amid their country’s vicious financial crisis, punished the two formerly main parties, the conservative New Democracy and socialist PASOK at the polls, turning instead to radical smaller parties to the right and left of the political spectrum.  It remains to be seen if these new elements in the Greek Parliament bring some stability, or just more chaos. 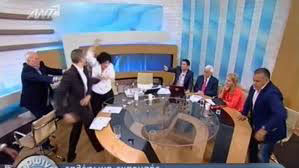 If the recent display on live television during a Thursday morning political show is any indication, I think Greece is headed for further destabilization.  A spokesman for Greece’s extremist, far-right, Neo-Nazi Golden Dawn party can be seen causing an uproar after he physically assaulted two left-wing deputies (both women!)  A public prosecutor ordered his immediate arrest.
Golden Dawn, which vehemently denies the neo-Nazi label, has been accused of being behind violent attacks against immigrants.  But when your spokesman throws a glass of water in the face of a fellow Parliamentarian, and then proceeds to hit her around the face three times, with right-left-right slaps to the sides of her head.....well, what else are we to think about the character of your political party?  At least, thank the Lord, we haven't descended into this kind of political theater here in the States..... yet.
But what I am concerned about is the possibility of a rise in similar and extreme political factions because of desperation in this country.  We aren't as far gone as Greece, but it's not hard to imagine that we could find ourselves in their shoes very quickly.
As revealed on one of the blogs I frequent, SHTF Plan, Greece is facing a collapse of their natural gas and electricity systems, due to their debt problem.  And they are having problems providing critical medicines to hospitals and pharmacies due to a shortage caused by a lack of credit from manufacturers to distributors to patients.  In fact, the credit system of the entire country is in chaos.  There are now reports of food shortages and hunger within the Greek prison system.  Their unemployment rates are now higher than 50% among those in their twenties, and no one is coming to the rescue.
There have been runs on the banks, and talk of switching to the Greek drachma if they decide to abandon the Euro.  Company bosses are quietly making preparations to shutter Greek stores and close them in the short term, if the much-anticipated civil unrest occurs.  Needless to say, they are expecting riots this summer.  So all of Europe is watching.  And we should be taking note, too. 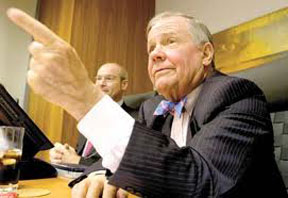 And if you don't want to hear it from me, then please listen to Jim Rogers, the highly successful American investor who has moved his family and business to Singapore.  That's how much faith he has in our economy!  But listen to his latest advice:  Be very worried about 2013 and be very worried about 2014, because that’s when the next slowdown comes. In 2002 we had a recession and in 2008, it was worse because the debt was so much higher. The next time is going to be even worse because the debt is so staggeringly high now. So if you are not worried about 2013, please — get worried.
Believe me, I'm hoping that somehow, some way, we can avert the crises we are seeing around the globe.  But we need to understand that between our oil and gas vulnerability, and our own debt crisis, we are just one catastrophe away from devastating our entire commerce infrastructure.  If you still doubt me, just read the article Just In Time: When the Trucks Stop, America Will Stop.
So, now that I hopefully have your attention, I urge you to just stay calm, and keep with your Preparedness Plan.  Reduce your debt as much as you can, store extra food, think like your grandparents did, develop community, and trust in a God who knows every hair on your head and has a Plan to give you hope and a future.  It's the only way!