Saturday Morning Commentary: What Would You Do? 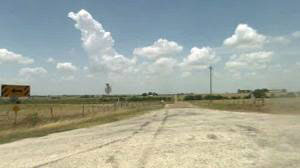 This past week, a story from Texas has made the local headlines, and will be talked about by various pundits and talking heads across the nation for weeks and months to come.  A 23-year-old father rushes to the sounds of screams from his 4-year-old daughter.  As he enters his horse barn, he allegedly finds a 47-year-old man, who had been helping him around the family ranch, sexually assaulting the little girl.  He pulls him off his daughter and, again allegedly, proceeds to beat him until the man is ultimately dead.
Now, you must know that in the state of Texas, it is likely that this man will not be tried for this incident, although an investigation will ensue and the case will go to the grand jury.  Neighbors and citizens across the state have given their opinion ..... he was morally justified in his actions.
As it turns out, the Texas Penal Code also states that the father was legally justified.  According to the penal code:


(2) when and to the degree the actor reasonably believes the deadly force is immediately necessary:


(A) to protect the actor against the other’s use or attempted use of unlawful deadly force; or

So, let me ask you --- how would you have reacted?  And can you pass moral judgment upon this man?  It seems to me that legally, he was within the law.  But the moral component to this unfortunate incident weighs just as heavily.  There will be those who say that one of the Bible's commandments is "Thou shalt not kill."  But the word "kill" in the original Hebrew context was "Thou shalt not murder"; which implies pre-meditation.  That is not the case in this death.
Then there is the father's obligation to protect his innocent daughter.  I cannot believe that there is anyone who could blame him for reacting as he did.  What father, or mother for that matter, would not react with swift and deadly force to protect their child?
It is unfortunate for everyone involved.  There is a man who is dead.  There is a child who will forever be scarred with the memories of the rape and seeing her father kill her attacker.  The father will never wipe out the memory of seeing his daughter assaulted and his reaction to this heinous act.
And it probably won't surprise you to know that the director of the Texas Civil Rights Project in Austin, is now questioning if the father "didn't go too far in his anger."  All I can say to that is, until you've walked a mile in his shoes, don't be so quick to second-guess his actions.
It will be interesting to see what the national consensus on this case will be.  I can assure you there will be those who will condemn the father's actions as rash and unnecessary.  And the dead man will be seen as a "victim".  But as for me, I will pray for this young father and his blameless daughter; that they will, with God's grace, find peace and understanding.   And I will pray for the family of the deceased.  No one is left unscathed in this heartbreaking experience.  It is just another example of Evil on Earth.