"Consequently, you are no longer foreigners and aliens, but fellow citizens with God's people and members of God's household, built on the foundation of the apostles and prophets, with Christ Jesus himself as the chief cornerstone." 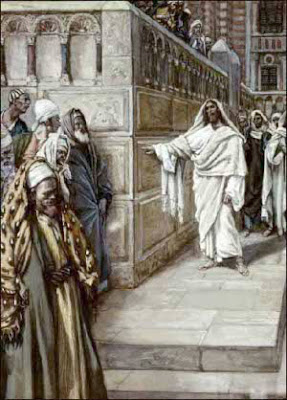 This passage, spoken by the Apostle Paul, is one close to my heart.  About three years ago, I gained a new and more complete understanding of Scripture, as it pertains to the relationship between Gentile and Jew.  For centuries these two peoples have been at odds with each other; Gentiles (the world) have hated and persecuted the Jewish nation since they were chosen as "God's people".
Down through these same centuries, we have come to claim Jesus as our own, forgetting that we were once separated from any relationship with God or Christ, and were not recipients of the covenants of promise --- neither the old covenant under Moses nor the new covenant under the blood of Jesus.  That is, UNTIL God's chosen people, the Jews, once again rejected the promise, and by default, Christ instructed Paul to take the message to the Gentiles.  We then had the ability to be reconciled to God and to accept salvation through Christ's atoning death on the cross.
But what continues to amaze me is that for so long, I thought the focus was on us, the Gentiles who became Christians!  I was blind to the fact that God still desires to be reconciled to His first choice, the Jewish nation, with whom He promised to make an everlasting covenant.  And God doesn't go back on His promises!  "Everlasting" means just that --- eternal, never-ending, continuous.
And He will see His plan come to fruition!  He has not abandoned the Jews; they have not lost their "favored status".  While God would have preferred the Jews to recognize His Son as their Messiah and once again draw near to Him, He works through all things for His purposes.  We Gentiles received the blessings of Grace,  Mercy and Salvation; and it is through us that this message of Hope and Reconciliation is to be forever offered to our Jewish brethren.
While we Gentiles have benefitted from Christ's sacrifice and God's grace, we have taken our eyes off one of the intentions of Christ's redeeming death.  As stated by Paul in Ephesians 2:15-18, "His purpose was to create in himself one new man out of the two, thus making peace, and in this one body to reconcile both of them to God through the cross, by which he put to death their hostility.  He came and preached peace to you who were far away (Gentiles) and peace to those who were near (His fellow Jews).  For through Him we both have access to the Father by one Spirit."
You see, it was designed that Jew and Gentile alike, would come together in one body of believers.  And this will happen!  As our Scripture denotes, it is from "the foundation of the Apostles (the New Testament Covenant) and the Prophets (the Old Testament Covenant)" that we two peoples are reconciled as "members of God's household".  All the teachings of the Apostles, and all the teachings of the Old Testament Prophets lead to Jesus (Yeshua).  And He is the cornerstone of that relationship.  He is the foundation; at the heart and core of our future reconciliation.  It is through Him that we will become one Body of Believers.
And if this line of thought is new to you; if you have been taught that the "Church" is now God's focus, and the Jews lost out on their chance to claim their promises, then I invite you to read Romans 9-11.  I hope you will come away, as I did, with a new understanding of the Word of God.  It doesn't change my salvation, or my views of His message of Grace and Hope.  But it makes me see what is happening in the world in a whole new light.  And it makes me realize what my responsibility to my Jewish brothers and sisters should be.  We are all the adopted children of our Father in Heaven and through His Gospel, "we are heirs together with Israel, members together of one body, and sharers together in the promise in Christ Jesus." (Ephesians 3:6)