What I Learned In 5 Seconds

When my husband announces that he has a new drill he wants me to practice, I have two reactions:  1)  Apprehension - Will I perform it competently?  and  2)  Eagerness - Any time practicing with my carry gun can be nothing but good!
We first saw this drill on pistol-training.com, and then read an article by Richard Mann, a former law enforcement officer who developed the drill based on common handgun responses he detected.  What he learned was that your ability to survive a gunfight depends on your performance level under stress --- it's that plain and simple.  To quote Mr. Mann, "Any gun is better than no gun -- but only if you can get it out quick and can hit what you need to hit, repeatedly, with speed and decisiveness."
It was interesting to read his observations, but I wanted to know how I would perform!  So we went to our private little shooting range (just across the barbed wire fence and down by the tank), and I geared up.
The name of the drill is the Four-Five (or 45) because it consists of four elements of 5:  five shots at five yards inside a five-inch circle in five seconds.  Sound simple?  Think again.  First of all, to be an accurate reflection of real-world performance, the drill must be performed from the holster.  After all, if you are involved in a shooting, it will more than likely take place when you are carrying concealed.  Secondly, a "real life" situation will put tremendous stress on you, so to replicate that pressure you need a Shot Timer that emits a shrill beep when the timer begins.  And you need a 5-inch circle or square.  This is the exact size of the target I was shooting at: 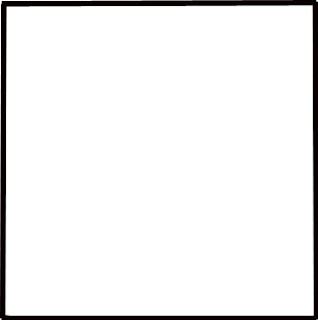 So I decided to first see what I could do at 3 yards; see what my stress reaction was to the startling high octave shriek of the Shot Timer.  Then I performed the drill at the specified 5 yards and here are some of my results:

I then expanded my space to 15 yards and tried the drill, just to see how distance affected speed and accuracy.  It obviously affected both!

So what was the overriding lesson I learned?  PRACTICE! PRACTICE! PRACTICE!  I now have a good idea of what my performance standard is.  I also know that in order to increase my skills and be able to perform the drill accurately and with speed, I need to practice until I can get all 5 shots in that 5-inch square from 5 yards out, in 5 seconds..... and do it on demand, consecutively and repeatedly.  Then I will know that I can perform under stress and have reached a competent skill level for basic self-defense.
This is an exceptional drill for anyone with a Concealed Carry License, but especially for women.  It is not natural for us to carry a weapon, let alone be confident to handle one under stress.  Practicing this drill until you are proficient at it will make it second nature for you.  The only equipment you really need is a Shot Timer and a 5-inch square drawn on a piece of cardboard.
And I don't need to tell you that practice is the foundation to being a skilled defensive handgun owner.  I have shown you a drill whereby you can easily learn your performance standard, and then practice until you reach your goal.....speed and accuracy.  Quoting Mr. Mann again, "Without practicing what you learn, you have in essence learned nothing."

1 Corinthians 3:10     "By the grace God has given me, I laid a foundation as a wise builder, and someone else is building on it. But each one should build with care."
Posted by Pam Kohler at 7:00 AM

Email ThisBlogThis!Share to TwitterShare to FacebookShare to Pinterest
Labels: Firearms and Training, Skills