There are many who would call me paranoid or even delusional.  But because I have great faith, I also have considerable discernment.  And just within the last few weeks, the news has been filled with reports of violence against both Jews and Christians.  Let me expound....
The Holocaust Museum in Houston, Texas is the proud exhibitor of the "Hanne Franke", a Danish fishing boat that is the type of boat used to smuggle 7220 of Denmark's 8000 Jews to safety in Sweden.  The Danish resistance was alerted that the Nazis were advancing on Denmark, with plans to round up the Danish Jews for extermination.  Danes banded together and smuggled their Jewish friends and neighbors out of Denmark on fishing boats. 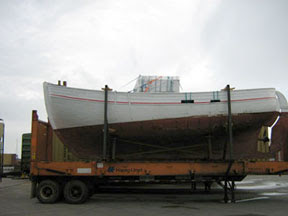 But time and weather have taken a toll on the boat and in efforts to restore and preserve the Hanne Frank, the Holocaust Museum partnered with a conservation group to secure the necessary funds.  In response to this noble cause, the company asked for donations for the boat's restoration.  One of the response calls they received was the most venomous, hate-filled rant I've ever heard.  The person railed against the Jews, blaming them for everything wrong in America.  It was recorded, and I have personally heard the offensive speech, and I will not give it credence by repeating one word of it.  I can only speculate that the caller was a member of a Neo-Nazi group, whose influence is on the rise.
The recent murders in France of a Jewish rabbi and three children by an assailant with links to al-Queda, is just one more attack upon Jews throughout the world.   The suspect "said he wants to avenge the deaths of Palestinians," but I have to ask....What could he possibly have against a religious teacher and three small children?
The death of an American Christian teacher in Yemen this week, the pending death sentence of a converted Christian preacher in Iran, the deaths of Coptic Christians in Egypt, and the slaughter of Christians in Nigeria by the radical Muslim sect Boko Haram are all reasons for serious concern.  If you are not a Believer, perhaps you think this has nothing to do with you.  But I would ask you to rethink your assertion.
Tolerance of anti-Christian attitudes in the U.S. is escalating.  Christians groups are branded as hate-mongers, narrow-minded and bigoted.   Yet the entertainment industry and the media increasingly vilify those who have faith.  In Wisconsin, the group called Freedom From Religion can distribute anti-Christian pamphlets to public school children entitled, "We Can Be Good Without God", while a Houston, Texas woman is ordered by police to stop handing out gospel tracts to children who appeared at her door during Halloween. 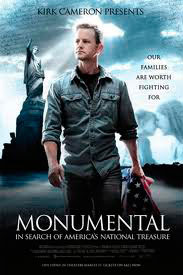 The fact of the matter is, Christians and Jews are becoming more isolated and marginalized in today's society.  Our children are taught that we "are not a Christian nation", and the Christian influence in early America is systematically being removed from textbooks.  Outside of churches and families, the classroom is the easiest way to indoctrinate our children against religious expression.  They are no longer taught that the Pilgrims and early settlers came to our shores to escape religious persecution.  They have lost the history that America was founded as a haven of religious liberty.  They have missed the essence of who we are....a land that offers hope and opportunity to the huddled masses of the earth; a land who drew its doctrines from the Judeo-Christian principles.
That's why I urge you on next Tuesday evening, March 27th, to find a theatre near you and watch an exclusive one-night screening of the movie, Monumental.  In this movie, Kirk Cameron explores the clues the first settlers who landed on our shores left behind; the clues that would point us back to our roots, should we ever lose our way.  He traces the heroic and harrowing travels of the early Pilgrims, who risked everything for liberty.  He will share their stories of faith that guided education, our government and civic life.  This movie will be a celebration of America's unique story of faith and freedom.  And it's a story we need to revive if we are going to stop these attacks on our foundation and our faith.

Psalm 97:10      "Let those who love the Lord hate evil, for he guards the lives of his faithful ones and delivers them from the hand of the wicked."