What Compass Are You Following?

The news is full of Evil.  A father kills himself and his two small children in a self-imposed explosion; a fifteen-year-old boy in California strangles his parents because they wouldn't let him participate in Oakland's Occupy Wall Street movement.  Has Evil gained control of this world?
Not so fast!  I want to applaud a couple of citizens who have not backed down from their beliefs and convictions, and have stood in the harsh light of public scrutiny.  At a time when almost everyone's motives are deceptive and manipulative, these two people showed us how to stand with courage, and without apology. 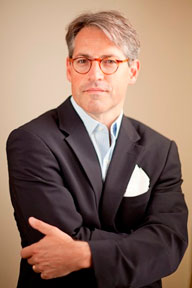 Eric Metaxas is the author of Bonhoeffer: Pastor, Martyr, Prophet, Spy, a biography of Dietrich Bonheoffer, a German pastor who searched his conscience and stood up to Hitler and The Third Reich.  Through his best-selling tome, Mextaxas related the slow and deliberate maneuvering of Germany's churches (by Hitler) towards their complicity in placing the Jews in the path of Evil.
Dietrich Bonhoeffer made the intentional and conscious decision to follow the will of God, even when faced with his own death.  He sought to wake up his countrymen and their religious leaders to the destructive path they were on.  In the end, he made some difficult decisions and was executed in a concentration camp.
Author Metaxes has taken the bold step of warning his own country to be aware that we could fall into the same trap.  AND he is doing it vocally and courageously; Metaxes spoke directly before President Obama during the recent National Prayer Breakfast in Washington.  Here is how National Review Online characterized the appearance:
Metaxes, a Yale grad and humor writer who once wrote for the children's series Veggie Tales, began his speech with several jokes and stole the show early on when he noted that George W. Bush, often accused by his critics of being incurious, had read Metaxes' weighty tome on the German theologian Bonhoeffer; he then proceeded to hand a copy to the President while intoning: "No Pressure."
I contend that Metaxes was not indicting the President, but inviting him to consider the historical significance.  As it relates to the current and controversial HealthCare contraceptive mandate, Metaxes explained on MSNBC, "In the beginning, it always starts really, really small.  We need to understand as Americans --- if we do not see this as a bright line in the sand --- if you're not a Catholic, if you use contraception --- doesn't matter.  Because eventually, this kind of government overreach will affect you."
That's how it happened in Hitler's Germany.  No one stood up to prevent the small moves towards controlling the churches and the downward spiral that would inevitably end in genocide for 6 Million Jews.  Dietrich Bonhoeffer did, and I urge you to read the Bonhoeffer biography.  Then ask yourself, would I have the courage to follow my faith? 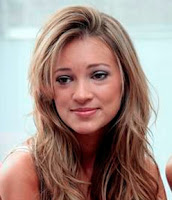 And that leads me to Kylie Bisutti.  Although, clearly, her stand does not have the historical or national weight that Metaxes' does, her decision is no less significant.  Kylie Bisutti won the coveted Victoria's Secret Model Search in 2009, reaching her biggest goal in life.  But now, citing her Christian beliefs as the reason, she is turning her back on her successful career. "The more I was modeling lingerie, and lingerie isn't clothing, I just started becoming more uncomfortable with it because of my faith."
After posing for two years in skimpy garments, she began to feel led to follow another course.  She married shortly after winning the modeling contract, and came to the conclusion that "My body should only be for my husband and it's just a sacred thing."  She confirmed her belief that modeling lingerie is not morally sound.  "I didn't really want to be that kind of role model for younger girls because I had a lot of younger Christian girls that were looking up to me and and then thinking it was okay for them to walk around and show their bodies in lingerie to guys."  She continued, "I just wanted to keep my marriage sacred because divorce rates now in America are pretty high, and I just want to do everything I can to keep my marriage special."
Kylie followed her moral compass, just as Metaxes did, and just as Bonhoeffer did.  And she took a stand -- and no matter how small or trivial it may seem in the scope of world events, she is standing tall and proudly proclaiming that how we each live our lives does make a difference.  We don't need to "follow the crowd", or give in to the "nudges" to abandon our ethical boundaries.  As the old country song asserts, "We must stand for something, or we will fall for anything."  As Americans, we are approaching the precipice....will we slide down that slippery slope?.....or will we climb to a higher moral ground?  It's time to make your choice.

Jeremiah 2:21      "I had planted you like a choice vine of sound and reliable stock.  How then did you turn against me into a corrupt, wild vine?"