"The Big Picture": The Lord's Judgment and Mercy; Hope and Redemption 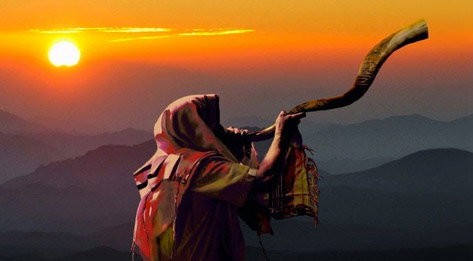 More and more, I have been hearing from people who are feeling the tension in the world; most are Believers, some are not; but they all can sense that something dark is coming upon the earth. It is in these times and seasons of fear among men [which, let's be honest, that is what it is], that I earnestly seek the Lord for His clarification and the counsel of the Holy Spirit. I know the warnings against man's rebellion that can be found in the Word, and I know the Good News of the strength, peace, and joy of the Lord that are ours in the midst of such darkness. But I don't have a crystal ball to see into the future to forecast what we might experience in the coming days or years. I can only draw inspiration from Scripture and what it reveals. And lately, I find myself studying the words of the minor prophets at the close of the Old Testament. They speak of both God's judgment and mercy, which are both sobering and hopeful as we reside in a world that is in such turmoil.

So, it is with great anticipation and expectation that I view the approach of the beginning of the High Holy Days of Judaism in less than a week. At sundown on Sunday, September 25th, the Feast of Trumpets commences. This Fall Feast, as ordained by God nearly 4000 years ago, was to begin with the blowing of the shofar to remind the Hebrew people that it was 10 days until the Day of Atonement, when the people were to make amends [by blood sacrifice of animals] for the sins they had committed against Him. Between the Feast of Trumpets and the Day of Atonement (known as the Ten Days of Repentance), people could repent of their sins. The Feast of Trumpets was [and still is] a call to examine our lives because they will be judged.

Fast forward to approximately 600 B.C. [or 2622 years ago], and the prophet Zephaniah hears these frightening words from the Lord, "I will completely consume and sweep away all things from the face of the earth [in judgment]”. Zephaniah had prophesied during the reign of godly King Josiah, whose father and grandfather (Kings Amon and Manasseh, respectively) had profaned the statutes of the Lord and led the people of Judah into wickedness. Josiah rediscovered the Law and brought religious and social reform and restoration to Judah. But it was to be short-lived, as his son Jehoiakim is forced to pay tribute to Nebuchadnezzar and eventually delivers the treasures of the Temple into the hands of the Babylonian king. It is Zephaniah who prophecies that the blasphemous worship of Baal; and "the names and remembrance of the idolatrous priests along with the [false] priests"; and "those who have turned back from following the Lord, and those who have not sought the Lord [as their most important need] or inquired of Him” will bring the downfall of the nation of Judah.

Zephaniah declares that the wealth of Judah will become plunder for its enemies; neither their silver nor their gold will be able to rescue them. He warns that God has set apart another nation [for His use]; a nation that has accepted His invitation to bring judgment upon Judah. The merchants will be silenced and destroyed and all who weigh out their profits in silver will be cut off. The economy and the security of the nation are in dire jeopardy because the spirits of men are in stagnation -- they do not fear God. Zephaniah prophecies that "The great [judgment] day of the Lord is near; near and coming very quickly... That day is a day of [the outpouring of the] wrath [of God]". Except for the names and places, this prophecy in Zephaniah, chapter One, could be spoken over nations today.

BUT, Zephaniah, chapter Three, brings hope out of the devastation. True, the prophet holds to the forecast of judgment for the rebellious and defiled; for those who did not listen to nor heed the voice of God and accepted no correction; and for those who trusted in their own power rather than the power of the Lord. But just a few verses later, we read that the Lord promises deliverance from captivity for His remnant.... for those who grieve for the appointed Feasts [which have been outlawed]. God promises that their shame will be turned into praise and renown, and that He will gather them together, and restore their fortunes and freedom.

God tells the godly remnant of Judah to patiently wait for Him; for the day when He will rise up as a witness against the rebellious nations. He says, "For it is My decision and My right to gather the nations, To assemble kingdoms, To pour out on them My indignation, All [the heat of] My burning anger; For [in that day] all the earth shall be consumed by the fire of My zeal". So, in the midst of His righteous judgment, God promises mercy to His faithful remnant. “Then I will give to the peoples [clear and pure speech from] purified lips [which reflect their purified hearts], that all of them may call on the name of the Lord, to serve Him shoulder to shoulder (united)".

That's why it's important that we keep our eyes and hearts on these Fall Feasts. From their institution in the Old Testament until the Day Jesus returns, they offer a time of Hope, Repentance, and Redemption that we, His faithful Remnant, might be spared His judgment that is due upon the ungodly world. It is such a blessing that God has given us these Feasts to prepare; to spend days in repentance and contemplation on how we can serve Him. It is a time of remembering and repentance for not living up to our full potential as sons and daughters of God. BUT we, who are saved by grace through our faith in Jesus as our Savior live with the certainty of the ancient prophets that our sins are forgiven and we are pardoned; that the blood of Jesus covers our sin and we stand blameless. Whether our Lord returns on this Feast of Trumpets or on a Feast day in the future, we do not fear the judgment of God. Rather, we praise Him for sending His Son back to claim us as His righteous harvest.

The bottom line is this: It is inevitable that God will punish the wicked. But we have hope in this day when it seems that evil is running unchecked and victorious. God's remnant may number few, but we have the comfort that He will not forget us. So, I am grateful to God for those who reach out; those who are awakening to the sound of the Holy Spirit in their lives. They may not fully understand why their hearts and spirits are being quickened, but it is evidence that the Lord is readying Himself to return. God, the Father, is nearing the final number of His remnant who are willing to answer His call and seek Him. What a joy to be able to speak of the prophetic truths and promises in the Word. And Lord, we look forward to celebrating the Feast of Trumpets on the 25th and excitedly look forward to the Feast of Tabernacles, when You will reside in our midst. Hallelujah!

Revelation 11:15   Then the seventh angel blew his trumpet, and there were loud voices in heaven, saying, “The kingdom of the world has become the kingdom of our Lord and of His Christ, and He shall reign forever and ever.