The Meaning of Words Matters! 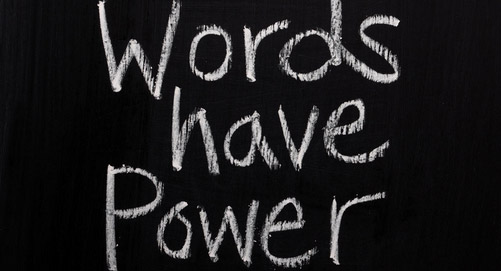 By now, it should be clear to anyone paying attention to our world, that things are changing. As a Christian with a Biblical worldview, I can see that there is a new ideology growing in our Western culture that threatens to destroy what we have believed for centuries. And I'm not just talking about our faith, but what we have adhered to in our family structures, our form of government, our history -- and it threatens to destroy the culture itself.

This new ideology is not dissimilar to the theme of George Orwell's famous novel, 1984. If you are of a certain age or generation, you probably read it in a high school English class. Long described as a "dystopian novel", the book warned society of the dangers of a totalitarian government that ruled through fear, surveillance, propaganda, and mind control. The not-so-funny thing is that "dystopian" means "an imagined place or state in which everything is unpleasant or bad, typically a totalitarian or environmentally degraded one." I don't know about you, but that description doesn't seem so imaginary anymore, and our culture and society are increasingly looking like the super-state Oceania in 1984.

I say that because there are certain similarities between the novel and where we find ourselves today. I don't want to spend this post rehashing the plot of this book, other than to say there is one aspect that I think we need to understand because it plays into the threat of eradicating some of God's most important Biblical principles. Let me explain ... as part of the plot in 1984, one of the political parties of the imaginary totalitarian government wants to get rid of certain troubling words; without the words no one can conceive of their concepts and it will be easy to destroy the reality of what they mean and inspire.

Today, that translates into not only getting rid of words, but changing them to mean something entirely different. For instance, there are certain politicians that are re-writing laws that omit "women" or "mothers" from the text, and replace them with "Birthing people". Other activists want to get rid of the word "equality" and change it to "equity"; and "affirmative action" becomes "diversity". Furthermore, how some words make people feel is now being termed as "violent". There is no longer any room for discussion or debate. And as Tim Sandefur of the Goldwater Institute says, "That is dangerous"... if we are going to label language and words violent, "then the only way we can relate to each other is through power". I think we can agree that that is not a good standard.

You may recognize this idea as comparable to terms like "wokeism", "political correctness" or "cancel culture". But the damage this ideology does goes much deeper than any theory of how our culture is changing in a political or societal sense. It is leaning towards dismantling the very foundation of believing in God and His standards. If activists can change the idea of Biblical precepts by removing God's part in them, then they can be reformatted to remove Him altogether. Another way to say it is this: if we can remove the God connection to a word, then rather than the word being defined by God's perspective, it becomes the opinion of the person who is experiencing or feeling it. God no longer has a place in our language.

For instance, let's take a look at the word Guilt. As a Christian, I know that guilt is a noun; it is a state or condition as a result of violating one of God's moral laws. And there is the idea of repayment and restitution to the offended party. But if you remove God from the definition, then guilt can be simply defined as "guilty feelings", and there is no payment or consequence associated with the violation. Indeed, the violation itself, is subjective [based on personal feelings, tastes, or opinions]. Any shame that is felt is lessened to a loss of face before your peers because there is no God before whom one is ashamed.

Now, consider the word Freedom. As Christians, we know that there is a weight to that word. Our ultimate freedom in this world comes from Christ and His sacrifice on the Cross for us. There is no greater freedom on this earth than the freedom from eternal death. And freedom is also deliverance from the bondage to sin. It is a gift from our God to us. But when you remove God from the concept of freedom then it becomes a word that means permission to do whatever feels good to us. Doesn't have quite the same weight to it, does it?

Finally, let's think about the word Tolerance. I think the original meaning of tolerance, in regards to Christians, was to acknowledge that other people had different belief systems and to believe that it was their right to do so. But when you remove God from the Christian principle of tolerance the word comes to mean that you have to agree with all belief systems; to fully approve of them -- all are equal in their value and significance. As a Christian, I know that is not true. Furthermore, without God, tolerance ends up being an incoherent ideology, or nothing more than a request to be nice and get along.

So, do you get the idea I'm trying to convey? The meaning of words is important, and if God's perspective is lost in that meaning, then there is no standard by which the world understands each other. Taking it a step further, if words can be eliminated or changed, then so can our history, which is chronicled in words. Words may seem like such a small component of the troubles we face in this world, but let me share what a secular writer wrote about the importance of words. Esther Lombardi wrote, "Words can incite anger or invoke passion. They can bring people together or tear them apart. Words can uphold the truth or nurture a lie. We use words to encompass history, to describe the natural universe, and even to conjure realistic visions of things that exist only in fantasy."

I can agree with that sentiment. And here are the rest of her words in that description "In fact, in some mythology, spoken words are thought to be so powerful that they can create worlds, creatures, and human beings." Note how the truth of God is removed from those words, and compare it this concept in John 1:1-5 ... "In the beginning was the Word, and the Word was with God, and the Word was God. He was in the beginning with God. All things were made through him, and without him was not any thing made that was made. In him was life, and the life was the light of men. The light shines in the darkness, and the darkness has not overcome it".

Words matter! And their meanings matter! The Enemy of this dark world is all about distortion and corruption. It's been his game plan since the Garden of Eden. It is up to us to preserve and uphold the truth of words as they pertain to the Goodness of God. I fear the tactics of those who wish to remove God from the knowledge of the foundation of this world and societies and cultures. The next generation is in danger of being robbed of all that God has intended for us. Let us defend the importance and accuracy of our words, lest they be lost forever. And I want to end this post by quoting the latter part of The Message's version of Matthew 12:37 ... "Let me tell you something: Every one of these careless words is going to come back to haunt you. There will be a time of Reckoning. Words are powerful; take them seriously. Words can be your salvation. Words can also be your damnation". Serious words for thought.