Inflation: A Biblical and Historical Examination 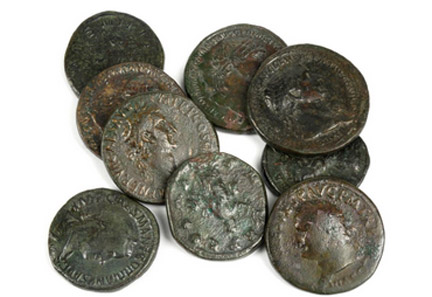 Inflation is a fact. And it sure doesn't look like it is going to disappear very soon. I feel it is important that we try to understand both the historical and the biblical perspective concerning our nation's problem of runaway inflation. If, as ambassadors of the Kingdom of God here on earth, we are to take back territory from the kingdom of darkness, isn't this as good as any area to reclaim? I will begin by telling you that I am not an expert in economics or economic policy. But I'm astute enough to recognize that the financial health of our nation is failing, and our policies are very sick indeed. And I know that this is not how God intends for His people to prosper. So, I wanted to see if history can shed any light on how we got here; and what God's Word has to say about the situation we find ourselves in. So, I hope you will give my layman's analysis some grace, and let's see if we can discover how to pray and take action.

I don't need to tell you that the cost of food and fuel are rising at an alarming rate. These are two of the primary indicators of the stability of a nation's economy. We learned yesterday that the inflation rate, based on the Consumer Price Index (CPI) is 8.6%, the highest in 41 years! But I learned today that this calculation is misleading. I would like to introduce you to Kerby Anderson, president of Probe Ministries, a Biblical ministry that pursues ongoing research to address today's issues through honest and respected Christian scholarship. On his probe.org website, Mr. Anderson explains that "Most Americans are starting to realize that the current inflation rate is different than the Consumer Price Index." What that means is that we are told the inflation rate is 8.6%, when in reality that figure is associated with the CPI. According to Anderson, the reason that this figure is misleading is because it excludes food and fuel costs from its rate of "core inflation", even while the media suggests those very commodities are at the heart of the figure they quote as the inflation rate. (Are you scratching your head like me, about now)? He goes on to say that there are various economic websites that "conclude that the real inflation rate is more than twice the CPI estimate!"

So, what is the projection for the state of our economy (and I would submit, for the existence of our country)? Can history shed any light on our circumstances, and does the Bible offer any clues or advice? First of all, it always seems that the Roman Empire is used as "the gold standard" to measure the success and longevity of nations and societies, as well as their collapse. I went to DailyHistory.org to avail myself of the information included in their article, What Role Did Inflation Play in the Collapse of the Roman Empire. I urge you to read this informative article because the parallels to what we are experiencing will astound you.

As you will read, Rome's collapse was the result of several factors that combined to create a “perfect storm” of civilizational destruction. Among them is the often over-looked role of inflation. The article asserts that "once the Roman economy was hopelessly ravaged by inflation, the borders of the empire were open for the Huns, Goths, and Vandals to take what they wanted." Sound familiar?

But at the beginning of the Roman Empire's economy, the value of their currency was literally worth their weight in silver, bronze, or copper. As the Empire grew, so did their economy and they enjoyed the effects of prosperous trade with the world's markets. Sound fiscal policies helped the emperors keep inflation in check. "The money supply increased proportionately with the increase in trade. Taxes were also kept low: each province only paid a one percent wealth tax and a flat tax on all adults. All of this helped keep prices low and the wheels of government moving effectively, but by the end of the second century AD things began to change."

As the article on DailyHistory.org infers, around 200 AD, the Empire suffered a recession, which was compounded by the so-called “Antonine plague,” which was brought back from the eastern provinces by Roman soldiers. Since the plague led to the widespread decimation of the Roman population, wages increased rapidly – much too rapidly. In our current state of affairs, this sounds a lot like "the stimulus packages" that flooded money into our economy. In Rome, the result was a drastic increase on the prices of goods that had never before been witnessed in Rome: inflation was only one percent in the first two centuries AD, but prices doubled after the plague. And to make a long story short, other factors included an influx of people from the countries they conquered, the exponential growth of their military industrial complex, and the devaluation of their currency due to too many coins in circulation. Again, I ask ... sound familiar?

But now, I come to the part of this post that interests me the most. What is the Bible's view on this monetary nightmare that is overwhelming our country? We recognize that our national debt is soaring. Our government is spending more than it is making. It is that simple. We are allowing our southern border to be inundated by unprecedented numbers of people who are being subsidized by the government. Where is that money coming from? It is being printed, not earned through trade. We are swimming in an ocean of debt, both nationally and personally. And what does the Bible tell us is God's opinion on this? I think Proverbs 22:7 sums it up quite nicely: "The rich rules over the poor; and the borrower is servant to the lender." I think "slave to the lender" is more appropriate.

The Bible also warns that both individuals and their government should have honest weights and measures. Proverbs 20:10 tells us "False weights and unequal measures— the Lord detests double standards of every kind." The manipulation of our currency is dishonest and corrupt. It is cheating the American people whose hard-earned money is being confiscated for immoral purposes. But what can we Christians do to minimize the pain of inflation and poor economic policies? We must begin by getting out of debt. The Bible makes it clear that we are to "owe no one anything", "and the wicked borrows but does not pay back". Being free of debt is one of the best ways to avoid the consequences of runaway inflation. We must live within our means, even if our government has not. Sadly, we, like the Roman Empire, have gotten used to our prosperity and instant gratification. Our grandparents saved until they could pay for their needs with cash. If you didn't have the cash, then you learned to live without it. "For which of you, desiring to build a tower, does not first sit down and count the cost, whether he has enough to complete it? (Luke 14:28).

But we have become used to having whatever we want, whenever we want, by swiping a plastic card. When interest rates are low on those credit cards, then paying them off, or at least making the minimum payment, convinces us that it's a good practice. Why should we deny ourselves the pleasures of life? But as we face inflation, recession, and rising interest rates on everything, that pain is about to become palpable. And being a Christian does not forgive us those debts.

We must also see ourselves in the economic woes of biblical Israel. As Probe.org points out, "God pronounced judgment on the land because the country that once was full of justice had debased the currency and its products. Your silver has become dross, your best wine mixed with water (Isaiah 1:22). People were cheating each other by adding cheaper metals to their silver and by adding water to their wine." Probe.org further explains that "In a statement by someone regarded as one of the most important economists of the twentieth century, British economist John Maynard Keynes noted how inflation affects a nation and its citizens. He said: “By a continuing process of inflation, governments can confiscate, secretly and unobserved, an important part of the wealth of their citizens. He also added, “There is no subtler, no surer means of overturning the existing basis of society than to debauch the currency. The process engages all the hidden forces of economic law that come down on the side of destruction and does so in a manner that not one man in a million is able to diagnose.”

As Americans, we know that there are economic laws that govern the prosperity of our nation. As Christians, we know that God also has moral economic laws, and His laws are higher.  We must not despair nor think that He cannot deliver us from this quagmire in which our greed and corruption have us mired. But we must do our part. We must not live in debt and we must demand that our leaders be moral and upstanding; that they govern with righteousness. As 1 Corinthians 4:2 says, In this case, moreover, it is required [as essential and demanded] of stewards that one be found faithful and trustworthy. We do not need to follow in the footsteps of ancient Israel or the Roman Empire. Do we have the will to make the personal sacrifices needed to set our overspending back on track? Do we have the courage and strength of mind and faith to call our elected officials to account for the trust and responsibility we have consigned to them? I fear we have greatly offended God by the manner with which we have stewarded the blessings He has given us. It's time we repent for our negligence and return this nation to righteousness. Educate yourselves and make the necessary changes that are pleasing in His sight.

Ezekiel 22:12      In you they take bribes to shed blood; you take interest and profit and make gain of your neighbors by extortion; but Me you have forgotten, declares the Lord God.