"There's A Difference Between What Is Legal and What Is Just" 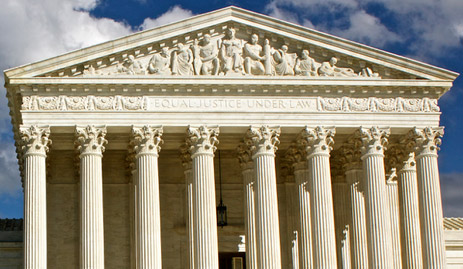 That statement was made by actor Kevin Costner in a commercial previewing his TV show "Yellowstone".  Immediately, I recognized its significance in relation to the spiritual aspects of abortion. As you know, the highest Court in our land has heard oral arguments regarding the state of Mississippi's abortion law, which makes most abortions illegal after 15 weeks. Currently, the right to abortion is protected prior to fetal viability (which is defined as when a fetus can survive outside the uterus), as established by the Supreme Court decision in Roe v. Wade. NOTE: Roe v. Wade allows abortions up to two months after the 15 weeks written in the Mississippi law. But if the Mississippi law [or any portion of it] is upheld, other states could use the decision to make abortion illegal in perhaps half of the country.

I have read articles that say the fact that the Supreme Court has even agreed to hear the oral arguments [when lower courts have dismissed the filing] suggests that there is at least a fighting chance to limit Roe v. Wade, and perhaps even "overturn" it as a federally upheld statute! It would set a course for the States to decide their own laws regarding this abhorrent practice. Here is what is so disconcerting ... There is no federal law protecting abortion rights! In fact, Roe v. Wade is not even a law! Because we, [as citizens and Christians] have not been good caretakers of the Constitution, we have allowed unjust players in our legal system to pull the wool over our eyes!

Not only is Roe v. Wade NOT a law, it is even less "the law of the land'. Let's review a civics lesson, okay? Article 1, Section 1, of the Constitution states, "All legislative powers herein shall be vested in a Congress of the United States, which consist of a Senate and House of Representatives". Federal courts, including the Supreme Court, are part of the judicial branch of the government, and have no law-making powers. Since the Supreme Court has no legislative powers, they cannot make, change, or eliminate laws! From my layman's understanding of the law, the Supreme Court can only render decisions on existing laws! So under the Constitution, the Supreme Court is given no legal authority to grant abortion rights at all! For 50 years, we have believed a legal myth!!

So how were political forces able to subvert the Constitution and make a way for nearly 63,000,000 babies to be murdered? When confronted with the 14th Amendment's construct which stated that "no state shall deprive any person of life, liberty, or property, without due process of law; nor deny to any person within its jurisdiction the equal protection of the laws", Justice Harry Blackmun [who wrote the majority decision in Roe v. Wade] simply decided that a fetus wasn't a person. In other words, the Supreme Court decided that "personhood" didn't start until birth. Furthermore, the Court focused on the Ninth Amendment's reservation of rights to the people, and interpreted that to mean that a pregnant woman's "right to privacy" [which does not exist in the Constitution] allowed her to make a decision whether to terminate her pregnancy or not.

Which brings me to the heart of the title of this blog post... there IS a difference between what is defined as legal, and what is just. In this case, "legal" refers to those constitutional laws determined by our earthly government of men. "Just" should be understood as God's standards of what is honorable, decent, upright, honest, righteous, moral, virtuous and principled. Is it important that we distinguish between the two? And does it make a difference how we interpret what is legal and what is just? I believe it does when 63,000,000 lives of unborn babies rely on our answers to those questions.

And what do we do when the just standards of God come in conflict with entrenched legal precedent [no matter how politically manipulated]? That becomes our "Peter and John moment", who declared that they must obey God rather than man. We must not accept what our spirits know is so offensive to the Creator of each and every one of those innocent babies. We must continue to storm Heaven with our prayers for justice for the innocent who have been subject to such brutal and unconscionable infanticide. And I believe that our prayers will make a difference! Every one of those babies cries out from under the altar of God, crying, "How long, Oh Lord, holy and true, until You avenge our blood and judge those who dwell upon the earth?" God hears our prayers and their cries. The cup of God's wrath upon this sin is nearly full, and He will soon pour it upon our land if we do not right this profound wrong.

I pray that 2022 ends 50 years of violence against the innocent. Let our words and voices [in prayer] become spiritual weapons as we battle, in the Name of Jesus, the forces of evil and wickedness that seek to sacrifice the unborn. We do know the difference between is done in the name of "legal decision", and what is the "just desire" of our Father in Heaven, and we will never give up battling for justice and righteousness. May this year see our nation's highest Court reverse its indefensible decision of endorsing abortion, and see our land begin to regain a moral foundation. Perhaps it is prophetic that Sarah Weddington, the lawyer who argued for abortion rights [in Roe v. Wade] before the Supreme Court, passed away this last week, at the age of 76. May the case that she argued -- which legalized abortion in this country -- pass into history with her. It is time, Lord!

Psalm 25:12    Who is the man who fears the Lord [with awe-inspired reverence and worships Him with submissive wonder]?
He will teach him [through His word] in the way he should choose.