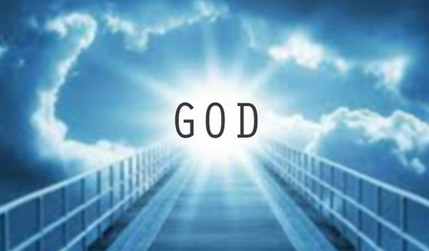 God has spoken once,
Twice I have heard this:
That power belongs to God.

Also to You, O Lord, belong lovingkindness and compassion,
For You compensate every man according to his work.

I have been making it a practice to read the Psalms in the morning, limiting myself to five at a time so that I am conscientious in listening to the Spirit as I pursue understanding. And I am always delighted when a specific passage or verse catches my spiritual eye. I can ruminate on it for hours or an entire day. This time it was the above verses in Psalm 62.

Most of the Psalms were written by David and express just how much he relied on the Lord to guide him through his trials. The common themes are waiting on the Lord, seeking protection from the Lord, and praising God for being his salvation, rock, and fortress. But the underlying message of each sacred song is the existing power of God to supply all David's needs.

As I contemplate the dawning of a new year, I am under no illusion that turning a page on the calendar is going to guarantee that our personal or national trials are going to be relegated to history and everything will return to "normal". If anything, the pressure is building and even more trials and adversity are headed our way.

A recently prepared report by the Secular Democrats of America Political Action Committee (PAC) for the incoming presidential administration, proposed a plan "to advance a secular agenda at all levels of government ... and disentangle entrenched religious interests from federal policy". Furthermore, the report warned that "the rise of white Christian nationalism is a national security threat". In my mind that kind of deliberate language intends to undermine the freedom of religious expression that is guaranteed in our First Amendment rights, as well as denounce the Christian heritage and history of this nation. Ultimately, the aim of instituting secularism through government policy amounts to authoritarianism that denies the existence of God.

And that, my friends, is the very goal of Satan: to put believers of the Most High God under totalitarian control of the Pharaohs and Hitlers of the world; men who have been deceived into accepting the promise of the Enemy's power as their own. But YHWH's love for His creation is steadfast and enduring and He always finds men [and women] who are willing to partner with Him and His power to overcome Satan's diabolical plots to control the world. And that's what Psalm 62, verses 11 and 12 reveal to me...

Once God has spoken, and twice I have heard this ... So immutable and so unchanging is God's word that it is established forever. Once He speaks it, it is set in stone [as in the Ten Commandments. Although the first set were smashed, the commandments were established forever and are eternal]. As the esteemed theologian Charles Spurgeon explained, "God speaks once and utters eternal verities. All our speaking may yet end in sound; but He speaks, and it is done; He commands, and it stands fast". And in my opinion, our ability to hear twice references our natural ears and our spiritual ears; if we have a true spiritual relationship with God, then we hear both in the physical and in our hearts. Perhaps that is why Jesus so often repeats, "He who has ears to hear, let him hear" -- let him not only hear Jesus's voice, but hear the Father's voice in his heart and through that spiritual connection.

And what are we to hear? That power belongs to God. This is the understanding we all need to have for this day and time. Our way of life in this nation is clearly threatened, and now we are beginning to see [through the aforementioned report] that our faith may soon come under attack. Remember, Jesus prophesied that those who believe in Him will be hated by all nations because of His Name. And if we call ourselves Christians, what have we heard? That power belongs to God! The power to overcome any situation rests with God's decision to share HIS power!

In the Old Testament, God chose who to lend His power to; it was not freely available to all. We see this concept in the experiences of the following Biblical heroes: Noah built an ark; Abraham left his ancestral lands for a land promised to his descendants; Moses answered the call of God to deliver the Israelites out of bondage; Joshua led the people in bringing down the walls of Jericho; Rahab helped the Israelite spies to escape; Meshach, Shadrach, and Abednego entered a fiery furnace. They all received power from God to work on His behalf!  In these Old Testament examples, it was God taking action to work on behalf of His people by sending His Holy Spirit to specific people to accomplish His purpose. And He did it out of His steadfast love for them.

And that steadfast love continues to us, as expressed in Psalm 62, verse 12: And that to you, O Lord, belongs steadfast love. Because that love has endured since the beginning of the Creation, God so loved the world that He sent His love through His Son to save us all from eternal punishment. And with that shared love from the Father, the Son also received His Father's power.  Jesus clearly states this in Matthew 28:18, "All authority (all power of absolute rule) in heaven and on earth has been given to Me". And what is the Father's ultimate plan? To have His power transferred through Jesus to us! In Luke 10:19, Jesus tell us, "Listen carefully: I have given you authority [that you now possess] to tread on serpents and scorpions, and [the ability to exercise authority] over all the power of the enemy (Satan); and nothing will [in any way] harm you". And after His crucifixion and resurrection, the Lord appears to His disciples in the upper room, and secures His covenant with faithful followers: "I am going to send you what my Father has promised; but stay in the city until you have been clothed with power from on high".

That "power from on high" is the same Holy Spirit that gave Jesus access to the Father's power, and now grants us the ability to use that power also. Whether, as in the Old Testament, God appointed His power to individuals, or under the New Testament covenant, all those who believe on the Name of Jesus, the Messiah [Yeshua Ha Mashiach] can use their free will to gain access to it, God will render to a man according to his work (Psalm 62:12). And that is vitally important that we members of Christ's Ekklesia understand that!

How will we use that divine power that is in us to overcome what we will face in 2021 and beyond? We must be witnesses of the power of God [in us] to defeat the schemes of the devil to dominate the earth. God is a jealous god who greatly values His power that has been deposited in us, and He expects us to use it wisely and judiciously. It is not to be wasted, nor is it to be inactive. As in the Parable of the Talents, He expects a return on His investment. When we exercise His divine power to overcome the kingdom of darkness in the world, He tells us if we have been faithful with a little, He will give us more... For to everyone who has, will more be given, and he will have an abundance... God will render to a man according to his work.

So, as the Ekklesia of the Lord, we have much work to do in the coming months and years, and whatever time we have left on this earth. The darkness appears to be growing, but we, who have faith in the power from on high that exists in us, know that we have all we need to defeat it and its master. Trust in the power of God that is in you! And believe that Jesus intended for God's power to be present in His disciples until He returns; to be present to nullify the power of the devil... and He intended for us to use it!