The Inadequacy of Religion 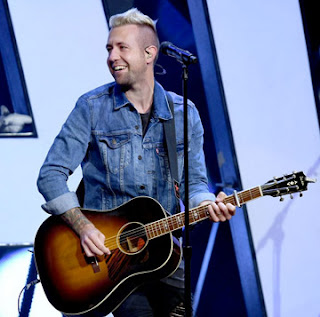 I was truly saddened this past week as I ran across a headline which read. "Christian Rock Singer Reveals He No Longer Believes in God". Normally, this might have escaped my attention. But after scanning an article or two about Jonathan Steingard of the Christian rock band, Hawk Nelson, I was struck by some of his comments: "Thousands of people from a wide range of belief and unbelief have reached out to let me know I’m loved... I have been inundated with your stories. Beautiful stories. Tragic stories. Stories of hurt and healing, of pain and release... It’s clear I’ve struck a nerve, and that many many many of you have felt what I feel. We haven’t all landed in the same place, or reached the same conclusions but the struggle with the questions? That’s something we share."
Why should we be concerned about this particular person's crisis of faith? First of all, every person matters to God, and when even one person in the Body of Christ succumbs to the spirit of Doubt, it should affect us all. But I want you to key in on his words that talk about being "hurt" and then healed; of feeling "pain" and then release. I'll return to those sentiments in a moment. For now, I offer his Instagram post that reveals the struggles he has encountered within his faith life:

"This is not a post I thought I would ever write, but now I feel like I really need to. I've agonized over whether to say this publicly, and if so, how to do it, but now I feel it's less important how I do it, and more important that I do it. So here goes.
After growing up in a Christian home, being a pastor's kid, playing and singing in a Christian band, and having the word "Christian" in most of the things in my life -- I am now finding that I no longer believe in God.
The last few words of that sentence were hard to write. I still find myself wanting to soften that statement by wording it differently or less specifically -- but it wouldn't be as true.
The process of getting to that statement has been several years in the making. It didn't happen overnight or all of a sudden. It's been more like pulling on the threads of a sweater, and one day discovering that there was no more sweater left.
I have been terrified to be honest about this publicly for quite some time, because of all that I thought I would lose. I'm still scared, but I'm writing about this now for a few reasons.
Firstly, I simply can no longer avoid it. Processing this quietly seemed right when I simply had doubts, but once they solidified into a genuine point of view, it began to feel dishonest not to talk about it."

These are not the words of some young rock musician who is being seduced by the temptations of the world. They are the heartfelt cries of a 36-year-old man who has discovered that he's followed all the "rules" of what it means to be a Christian, yet realizes there's no foundation to his faith and he doubts the existence of the God he's been taught is real. The "sweater" unraveled and there was nothing substantial left.
"Praying in public always felt like some kind of weird performance art," he said. "Emotional cries such as 'Holy Spirit come fill this place' always felt clunky and awkward leaving my lips. A youth conference I attended [when younger] encouraged every teen to sign a pledge that they would 'date Jesus' for a year. It felt manipulative and unsettling to me. I didn't sign it."
Jon also revealed that when he consulted the Bible for answers to his questions, he became more confused.  His doubt in the Bible is what ultimately led him to stop believing in God, a thought that sent him "into a tailspin." He then suffered depression after the loss of his faith.
Obviously, we can lay a measure of responsibility at the feet of the Enemy, who comes to "kill, steal, and destroy", and I believe our faith and relationship with the Lord are at the top of his list of targets to annihilate. But, are you also able to recognize the Enemy working with spirits of Doubt and Unbelief, which work nicely with the spirit of Religion that has been all over this man's life ... and how inadequate Religion was in overcoming his doubt and encouraging an intimate and legitimate "heart relationship" with the Lord? Those stories of "hurt and healing", and "pain and release" that he received were the result of untold numbers of people who have been hurt and pained by a Church that preached Religion instead of Relationship. And now, like Jon, the only way they can experience the freedom that comes with healing and release is to walk away from Religion, which corrupted the message and the relationship of the One who longed to bring them true and genuine healing.
I will also submit the very real possibility that he received no real encouragement to read the Bible, nor to understand it through the revelations of the Holy Spirit. If he was "confused" when trying to get answers from the Bible as an adult, then it's quite possible that the Biblical teaching he received was religious [or denominational] in nature, as well, instead of revelatory.
Jon admits that his next question is, "What Now?" At this moment his answer is this: "I don’t really know how to answer the question… with much certainty, other than to (say) that I’m ready to live," he writes. "Openly. Honestly. Curiously. Deeply." I have to say that not only does my heart ache for him, but I must admit that I'm angry!
To say that he's ready "to live" tells me that he has felt dead in Religion. And I know that, for me,  to truly "live" is to be in relationship with Jesus. And because I have been seeking to "know Him", He has met me in the midst of all my questions and searching for answers, and He has met me openly, honestly, encouraging my curiosity, and He has allowed me to experience Him deeply. But it wasn't until I came out from under the restrictive blanket of Religion that I was able to even begin that process.
So, I get where Jon is coming from. I do not condemn him, because I have seen the damage that Religion has [and is] doing within the Body of Christ. Jon, and those who responded with their own stories about their struggles with faith, are not God-haters. They have just been short-changed by Religion. Jesus did not come to earth to establish a Religion; He came to re-establish a Relationship between man and His Creator.
I'm sorry that Jon's struggles did not lead to a new awakening of his spirit in Christ. But Jon says he's open to having his heart changed, and that's a very good sign. If he will leave the door open to renewing his faith, then Jesus can heal his heart, breaking up the fallow ground in order to plant new seeds of righteousness that will bear fruit, watered by springs of Living Water. It's my prayer that Jon will be able to experience what it means to really be alive; to "live" in Christ, and then he will be able to bring a powerful testimony to those who are still hurting from the consequences of Religion. Jon may have turned from God at this moment in time, but God has not turned away from him. The Father will be waiting with open arms!

1 John 3:20     "for whenever our heart condemns us, God is greater than our heart, and He knows everything."

Email ThisBlogThis!Share to TwitterShare to FacebookShare to Pinterest
Labels: Loss of Fath