God's Prospicience In His Provision

Hmmm... never heard that word prospicience before? I hadn't either until my meditation on the healing properties of frankincense oil took me on a Scriptural and spiritual journey. It went something like this: suffering from sinus drainage caused by allergies, I turned to my essential oil of frankincense which possesses antiseptic and astringent properities [among other healing and therapeutic attributes], and I began to think about how long this aromatic resin of the Boswellia tree has been beneficial and valuable. Of course, my thoughts then turned to Christianity's most familiar idea of frankincense, as part of the trio of precious gifts brought to the Christ child by the three Wise Men. But, before I explain the prospicience of these gifts, let's learn a little more about the significance of gold, frankincense, and myrrh. It goes without saying that gold was -- and remains -- a valuable commodity. But what about the other two? 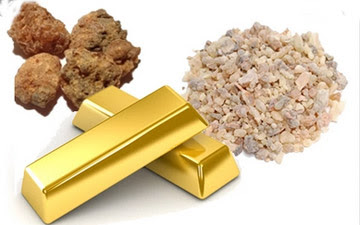 Matthew 2:11     And going into the house, they saw the child with Mary, His mother, and they fell down and worshiped Him. Then, opening their treasures, they offered Him gifts, gold and frankincense and myrrh.