Good Question Regarding Power of the Believer!

One of the benefits of doing Inner Healing is when you encounter someone who recognizes not only the importance of this ministry, but also gets excited about seeking more of the Biblical links. I love it when it leads to inquiring questions. Such was the case recently, when a new friend emailed me the following query ... "Is there something more powerful about the laying on of hands and the anointing of oil versus just praying healing for someone?" I loved this question because it made me really think about my own theology and what the Bible has to say on this subject. Here was my answer... 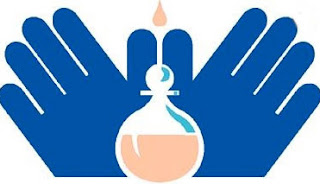 This is how I understand the Bible to address this debate: In the Old Testament the laying on of hands was to confer authority upon someone, such as Moses laying hands on Joshua to commission him to lead Israel. In Numbers 27:15-23 we see that Moses asks the Lord to appoint a man to lead the congregation of Israel. The Lord tells Moses to take Joshua (in whom the Lord has placed the Holy Spirit), and stand him before Eleazar the priest. Moses is then to invest Joshua with some of his authority [from the Lord] and commission him to lead. This conferring of authority by the laying on of hands is further confirmed in Deuteronomy 34:9, which reads "And Joshua the son of Nun was full of the spirit of wisdom, for Moses had laid his hands on him. So the people of Israel obeyed him and did as the Lord had commanded Moses."
In the New Testament Jesus (who has conferred His power and authority to us to cast out demons and heal the sick (Luke 9:1) then commissions us to lay hands on the sick and heal them (Mark 16:18). Scripturally, it looks like this: "Jesus summoned together his twelve apostles and imparted to them authority over every demon and the power to heal every disease... They will be supernaturally protected from snakes and from drinking anything poisonous. And they will lay hands on the sick and heal them.” NOTE: Some scholars believe that this sentence contains two Aramaic idioms. To pick up snakes could be a picture of overcoming one’s enemies (“snakes”), and drinking poison may be speaking of dealing with attacks on one’s character (poisonous words). The imagery is from Psalm 91:13.
Regarding the anointing with oil, in the Old Testament, it was always about consecrating and setting apart to God, (becoming holy) — first the priests and the Tabernacle where God dwelt, as written in Exodus 30, verses 25-32. The Lord instructs Moses to make a sacred anointing oil of a blend of spices, and to anoint the tent [where God met with them], the ark of the covenant, and all the implements of the temporary tabernacle. In essence, everything that the oil touched would be consecrated unto the Lord, becoming holy. God told Moses, "This shall be my holy anointing oil throughout your generations. It shall not be poured on the body of an ordinary person." In this passage it is poured on Aaron and his sons, as priests. But in 1 Samuel 10:1, Scripture tells us that Samuel, the priest pours it on Saul, the first king of Israel: "Then Samuel took the flask of oil and poured it on Saul’s head, kissed him, and said, 'Has the Lord not anointed you as ruler over His inheritance (Israel)?' "
The Lord's truths of the anointing oil all come together in the New Testament, where NOW the anointing of oil sets US apart [made holy as believers in Christ] as both priests and kings as Revelation 1:6 notes: "Jesus is the prince of kings of the earth, and He has made us kings and priests to God, His Father." Furthermore, our bodies are now the tabernacle where God dwells! In fact, I would charge you to read 1 Corinthians 3:16, which says, "Do you not know that you are God's temple and that God's Spirit dwells in you?" No mistaking that truth, is there?
So, when I get a question like the one my friend asked me, it’s about “connecting the dots “ to build the big picture of who we are in Christ.  It glorifies God more when we, as citizens of the Kingdom of God on Earth (Philippians 3:20-21) use our power and authority to anoint with oil as kings and priests, and when we lay hands on the sick and heal them. This displays more of our appointed power than if we just pray for healing, which is asking God to do it. Jesus commissioned us to carry on His work and He wants us to step into our identity! And it glorifies the Lord [and pleases Him!] when we step into that role instead of asking God to do it for us.
Let me be clear, I am not saying it is wrong to pray to God for healing. But my prayers usually consist of asking for more of His power in me to deliver a person from physical or spiritual disease as I anoint them with oil and/or lay hands on them. That is the Biblical model that I clearly see in both the Old and New Testaments. And it has changed my whole understanding about divine healing and the role I play in it. Thank you, Holy Spirit, for revealing the Father's heart!

Mark 6:13   And they cast out many demons and anointed with oil many who were sick and healed them.

Mark 8:25   Then Jesus laid His hands on his eyes again; and he opened his eyes, his sight was restored, and he saw everything clearly.

Email ThisBlogThis!Share to TwitterShare to FacebookShare to Pinterest
Labels: Anointing, Laying of Hands