A Timely Prophecy About Deliverance Ministry: Setting Ourselves Apart 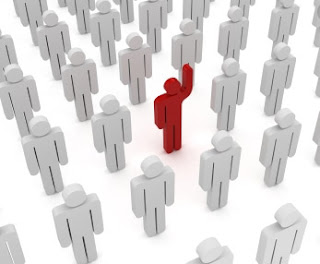 As I have shared in the past, God, the Father, placed Mark and I in a remote part of Texas, off the beaten path; in a place few people have even heard of. He spoke to Mark in a dream to sanctify ourselves and our property for Him [with very specific instructions]. And then we waited. Not really sure about what or how we were going to be called to serve the Lord, we spent that hiatus diving deep into the Word, which prepared us for greater revelations of just how big our God is and what He is capable of doing in the lives of those willing to be obedient to His calling. It opened up His supernatural nature to us; something we had never been introduced to in the Church denominations we had been a part of.
Then His next step was to take us out of those Church buildings [who found it difficult to accept what had been revealed to us]. We didn't stop loving those who loved the Lord, but He wanted to do something different with us and we were obedient to listen to His voice. In His timing, we were led to the right people who could equip and train us to fulfill His purpose in our lives; to do Inner Healing and Deliverance; setting the captives free under the guidance and counsel of Jesus and the Holy Spirit. That has been our calling for the last five years. And it has been our desire to help equip and strengthen the Body of Christ in this ministry to help others receive their Freedom in Christ.
It has been an exhilarating ride; as well as, at times, frustrating and disappointing -- I imagine the same emotions our Lord experienced as He did what He heard His Father tell Him to do. It has been exhilarating to see the Body of Christ be freed from the bondage of Satan's lies and to have an encounter with the risen Christ -- to see them embrace their freedom and their true identity in Him, and want to help someone else get their own freedom. It has been exhilarating to see Christians recognize that this is what the Kingdom of God on earth looks like, and that this is how we walk as Kingdom citizens.
But now I'm going to be honest and express the other side of the coin, as well. It is not that I feel I am qualified to judge; it's just that there have been moments when my spirit has been troubled by what I have observed. Because, you see, it has also been frustrating to present this glorious promise and potential for the Body to serve, and then to see it shot down by a religious spirit that denies its Scriptural veracity. Equally disturbing is to see someone get set free and embrace the opportunity to continue to "do the things that Christ did" [cast out demons, heal the sick, cleanse the lepers/spiritually sick, raise the dead, and spread the Gospel of the Kingdom], only to become more focused on boasting about their own experiences than being humbled to be used by God to advance His Kingdom. Then there have been those who are always seeking more --- not that the Lord doesn't want to grow and mature us, but I often see people shepherding their own lives, rather than becoming sheep who listen for their Shepherd's voice.
Don't get me wrong ... it has never deterred Mark and I from continuing to listen to the Lord and Holy Spirit and do what They command. We have not taken our eyes off Them, nor become distracted by the paths of others. Steady and true [to our calling] as been our motto. If the Lord wants to take us to the next level, we trust Him to take us there. As we see this generation seeking after more -- more titles, more offices, more supernatural experiences, more giftings, more callings -- I'm not always sure it is happening under the covering of Christ. There seems to be a lot of self-promotion via the soul, rather than appointments by the grace of God through the Holy Spirit.
It has been difficult to discern and watch, and rather than think it is our job to judge, we simply continue on our path, and choose to observe and celebrate the fruit of our fellow ministers. And until now, we have hesitated to even comment on this phenomenon. So, it was with great interest that I read an article by Jennifer LeClaire, a prophetic voice in our generation, and founder of Awakening House of Prayer. I am not declaring that she holds the patent on Truth. It's just that her article expressed exactly what my spirit was discerning. I'd like to share some of what she heard from the Lord (emphasis in bold is my own]:

I will tell you that I know exactly what she is talking about and it is what my spirit has been celebrating at the same time it has been mourning the ways the Enemy is trying to corrupt this new season. I say, "Yes", to the promise that there is a new generation and a new breed of bold ministers that aren't afraid to walk in their calling; those who are readying themselves to be a part of the remnant of God whom He will use to defeat the Enemy's long-held tactics.
About a year ago, I heard Dan Duval, Executive Director of Bride Ministries, prophecy that we would see God's judgment on those in high positions who have joined with Evil to participate with sex trafficking and child porn. He stated that there were arrests coming and people would be going to jail. We have seen that in the headlines in recent months, and I believe it is only the tip of the iceberg. But he also warned that when this beast system comes crashing down, there will be tens and hundreds of thousands of victims that will be released upon our society, all desperately needing Inner Healing and Deliverance. We must be prepared for this! But who will be able to persevere and stand under the weight of such numbers?
The false deliverers -- those who do it for all the wrong reasons -- will fall away, and I find great hope and strength in knowing that Christ "will sweep through the Body of Christ and do A NEW THING IN DELIVERANCE MINISTRY IN THIS HOUR!" We praise, You, Lord Jesus, for Your constant faithfulness and trustworthiness; for Your dedication to seeing the Kingdom of God, and the will of the Father, done on earth as it is in Heaven. You will provide all the strength, power, authority, wisdom, and knowledge that we will need. And thank you for giving us hope in this hour!

Nahum 1:7    The Lord is good, A strength and stronghold in the day of trouble; He knows [He recognizes, cares for, and understands fully] those who take refuge and trust in Him.