Learning From History: God's Law, Solomon, and The Antichrist 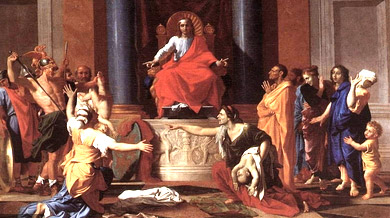 1 Chronicles 12:32-33            Of Issachar, men who had understanding of the times, to know what Israel ought to do ... Zebulun, equipped for battle with all the weapons of war, to help David with singleness of purpose.