It's Time For Prayers That Shake Heaven and Earth

Before reading this article, I suggest that you re-read my post from a few weeks ago entitled The Ekklesia and The Kingdom: A Fuller Understanding. Before we can understand the importance of assertive prayer within the ekklesia, we must comprehend the purpose and mission of what Jesus said He would build: I will build my ekklesia and the gates of hell shall not prevail against it. We must grasp the fullness of what Jesus proposed and how we are to administrate the ekklesia's responsibility and function through prayer. Our prayers must shake the very foundations of Heaven and Earth with their power. 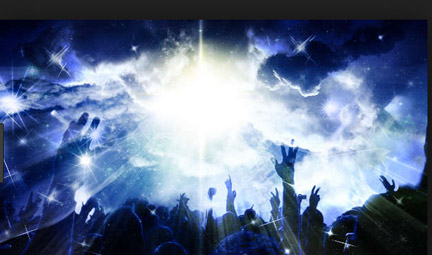 Acts 16:25-26    Paul and Silas, undaunted, prayed in the middle of the night and sang songs of praise to God, while all the other prisoners listened to their worship. Suddenly, a great earthquake shook the foundations of the prison. All at once every prison door flung open and the chains of all the prisoners came loose.
Posted by Pam Kohler at 6:30 AM

Email ThisBlogThis!Share to TwitterShare to FacebookShare to Pinterest
Labels: Kingdom government, The Ekklesia