The Fullness of Salvation

As often happens, I will be re-reading Scriptural ground that I have covered before and detect the tip of buried treasure within a verse, and it leads me on a journey of new revelation. So, I invite you to take this ride with me.
I am still deep in Hebrews, and as I finished Chapter 9, the verses 27 and 28 caught my spiritual eye: And just as it is appointed for man to die once, and after that comes judgment, so Christ, having been offered once to bear the sins of many, will appear a second time, not to deal with sin but to save those who are eagerly waiting for Him (ESV).
As I often do, I like to compare various translations to see if I receive a new or different insight to God's inspired Word. Here's what the Passion Translation says: Every human being is appointed to die once, and then to face God’s judgment. But when we die we will be face-to-face with Christ, the One who experienced death once for all to bear the sins of many! And now to those who eagerly await him, He will appear a second time; not to deal with sin, but to bring us the fullness of salvation. 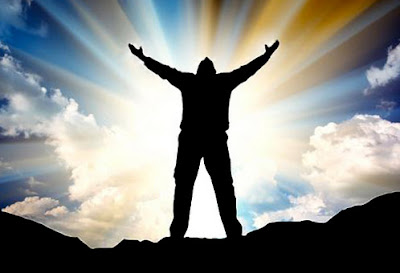 Philippians 3:12   I admit that I haven’t yet acquired the absolute fullness that I’m pursuing, but I run with passion into His abundance so that I may reach the purpose that Jesus Christ has called me to fulfill and wants me to discover.

Email ThisBlogThis!Share to TwitterShare to FacebookShare to Pinterest
Labels: Salvation