The Ekklesia, The Kingdom & The Seven Mountains of Influence

As I was finishing up my study of Hebrews, I was struck by the various interpretations of some verses in Chapter 12. I feel as if the Lord is leading me on a treasure hunt, and one verse leads to another and then back to a previous understanding; and somehow it all comes together to form new revelation.
So, let's follow the Bible's trail of clues, shall we? As we begin Chapter 12, we find that the writer of Hebrews [which I believe to be Paul] is exhorting the believers to persevere through trials, as well as God's discipline, in order to enter into the earthly presence of God. In fact, the Bible says in verse 8, We all should welcome God's discipline as the validation of authentic sonship.. 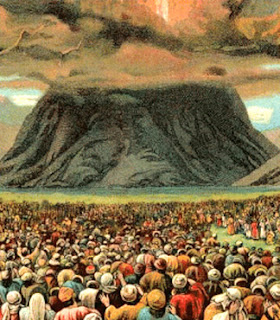 All of this is given to us as encouragement to let us know we can enter into the presence of God just as Moses did on Mount Zion. However, we enter into a different realm than he did --- his was a physical mountain; ours is a spiritual mountain. Hebrews 12:22 says, By contrast, we have already come near to God in a totally different realm, the Zion-realm, for we have entered the city of the Living God, which is the New Jerusalem in heaven! We have joined the festal gathering of myriads of angels in their joyous celebration! (TPT)
Let's take a minute and unpack this important verse. "We have already come near to God" indicates that the fullness of our heavenly salvation and our entrance into God’s heavenly realm has already taken place. We also see that truth in the following verses: For he knew all about us before we were born and he destined us from the beginning to share the likeness of his Son. This means the Son is the oldest among a vast family of brothers and sisters who will become just like Him (Romans 8:29); He raised us up with Christ the exalted One, and we ascended with Him into the glorious perfection and authority of the heavenly realm, for we are now co-seated as one with Christ! (Ephesians 2:6); Christ’s resurrection is your resurrection too. This is why we are to yearn for all that is above, for that’s where Christ sits enthroned at the place of all power, honor, and authority! Yes, feast on all the treasures of the heavenly realm and fill your thoughts with heavenly realities, and not with the distractions of the natural realm. Your crucifixion with Christ has severed the tie to this life, and now your true life is hidden away in God in Christ. And as Christ Himself is seen for who He really is, who you really are will also be revealed, for you are now one with Him in his glory!(Colossians 3:1-4).
As we walk out our salvation here on earth, we are present with God in a totally different realm, the realm of Zion, which is used in both the Old and New Testaments as more than a location. Zion is referred to as the place of God’s dwelling. When Moses met Him, He was dwelling on the physical Mount Zion, but now we are present with Him in His spiritual mountain, the heavenly Jerusalem. This is the fulfillment of Abraham’s vision in Hebrews 11:10, and what Israel’s ancestors had seen from afar in Hebrews 11:13. The New Jerusalem is not only a place, but a people who dwell with God in their midst. It is what the Garden of Eden was intended to be. It is a city that is a bride or a bridal-city coming out of heaven to the earth (Revelation. 21:9-14). We are not going TO the New Jerusalem; we are going to BE the New Jerusalem! Are you starting to see the Good News of the Kingdom of God on earth yet?
But wait ... there's more! Take a look at the next verse, Hebrews 12:23: And as members of the church of the Firstborn all our names have been legally registered as citizens of heaven! And we have come before God who judges all, and who lives among the spirits of the righteous who have been made perfect in His eyes! I think that perhaps this verse causes more confusion than we Christians recognize.  As members of the Kingdom of God on earth, we are citizens of heaven (having been spirits in heaven sent to earth to have dominion over it on behalf of our King). Jesus is God's uniquely Firstborn, but because of our position as citizens of heaven on earth, we are in Christ, and we are all the first-born and have all the rights and blessings that Jesus has.
As 21st Century Christians we don't understand that, and I think we get hung up on the part of the verse that says we are "members of the church of Jesus". And here's the real dilemma ... we don't even have the proper understanding of what that word church meant in the first century! And that confusion is compounded by the misinterpretation of Matthew 16:18, which we read in most versions of the Bible like this, And I tell you, you are Peter, and on this rock I will build my church, and the gates of hell shall not prevail against it. I've read so many commentary's that say "Peter" sounds like "Petra", the Greek word for rock. And the Greek text does state that Peter is the “rock” on which the church is built. However, the implication is that it is Peter’s revelation from the Father and his confession of Jesus as the Son of God that becomes the “bedrock foundation” for the church. The earliest writings of the church fathers all acknowledge that the Rock is Jesus Christ, not Peter. 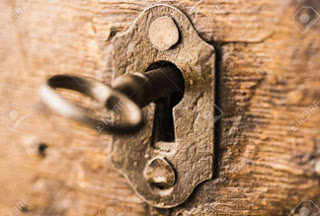 So here is a more correct interpretation of this verse, in Aramaic: I give you the name Peter, a stone. And this truth of who I am will be the bedrock foundation on which I will build my church—my legislative assembly -- and the power of death will not be able to overpower it!  It is important to understand that the Greek word commonly used for "church" is ekklēsia. However, ekklēsia means more than a church meeting, for it signified in Greek culture the governing assembly which had the authority to make decisions for the entire city. It means “legislative assembly” or “selected ones.” This is not a religious term at all, but a political and governmental term that is used many times in classical Greek for a group of people who have been summoned and gathered together to govern the affairs of a city. For Jesus to use this term means he is giving the keys of governmental authority in His kingdom to the church.
The problem is that the church, as we know it, has not walked in their kingdom identity, nor used their authority to govern the earth as it was originally mandated. The power of death [which is the power of Satan] was not to overpower God's kingdom on earth. True, Adam and Eve handed over dominion to the devil, but Jesus came to re-inaugurate the kingdom and gave us back the keys to govern the earth once again. The "Church" was to be a legislative body of sons and daughters of the King who would rule this earth [and all the spheres of influence within it] as a colony of Heaven. It's time we walked out our governmental duties.
As ambassadors of the kingdom of heaven, and its legislative body on earth, the Church was to bring the mountain of God (His Presence) to the mountains of influence on this earth; namely, Education, Religion, Family, Business, Government/Military, Arts/Entertainment, and Media. How do you think the modern Church has done so far? I would venture to say that it has lost its true identity as an ekklésia, and walks in a different identity of its own making.
I think we need to take a good hard look at the two final verses in Chapter 12 of Hebrews: Since we are receiving our rights to an unshakeable kingdom we should be extremely thankful and offer God the purest worship that delights his heart as we lay down our lives in absolute surrender, filled with awe.  For our God is a holy, devouring fire!
Moses knew what it was like to be in the presence of God and experience that holy, consuming fire. Hebrews 12:21 even quotes him [at the sight]:  The astounding phenomena Moses witnessed caused him to shudder with fear and he could only say, “I am trembling in terror!" Gives new meaning to "work out your salvation with fear and trembling", doesn't it?  We are still in the process of working out our salvation while here on earth. When it is considered that we have been given the keys to the kingdom here on earth, we must ask ourselves if we have done right by the authority we received to govern this heavenly colony. I think we all know the answer -- and it's time to do something about it.

If you're looking for additional resources on the true meaning of the Ekklésia, I highly recommend two books: Ekklésia Rising by Dean Briggs, and Ekklésia by El Silvoso. Both are available on Amazon.

Matthew 23:13    Great sorrow awaits you religious scholars and you Pharisees—such frauds and pretenders! You do all you can to keep people from experiencing the reality of heaven’s kingdom realm. Not only do you refuse to enter in, you also forbid anyone else from entering in!
Posted by Pam Kohler at 6:30 AM

Email ThisBlogThis!Share to TwitterShare to FacebookShare to Pinterest
Labels: Keys of the Kingdom, The Church, The Kingdom of God