According to the dictionary, the word iniquity means wickedness, sinfulness, evil, obscenity or depravity. But, it is important for the Christian to know the origin and implications of iniquity. Oftentimes, I have found that Christians believe sin is sin is sin. But there are actually different levels of sin, and King David addresses this issue in Psalm 32, acknowledging his sin and iniquity, and confessing his transgressions.
Before I go any further, it is vital that we understand the differences between the three. First of all, SIN means we have "missed the mark".  We instantly recognize that we have sinned; we confess, repent, and ask God for forgiveness. We turn away from our sin and towards Him. Anytime we recognize the temptation of that sin, we stop it in its tracks.
TRANSGRESSION means willful rebellion. We know we have sinned and recognize our propensity for that sin, yet we make a conscious decision to continue engaging in the sin. We just can't give it up.
INIQUITY is a deep sinning that perverts our original design of being made in the image of God. Iniquity can also go so deep in our family line that the simple act of repentance doesn't rid us of the perversion. 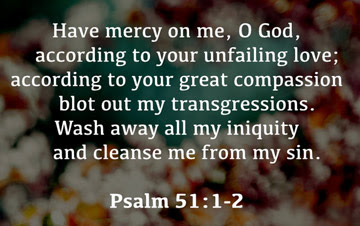 Let me give you an example: let's say that an adult man or woman, while innocently browsing the internet, stumbles upon a website promoting child pornography. A sudden thought of having inappropriate sexual relations with a child enters their mind. They are immediately conscious of their sin, approach the Father confessing the sin, repent of it, and ask for forgiveness. They then make a deliberate effort to stay away from anything that could lead to that sin again.
But, if after repenting and receiving forgiveness, they continually return to that site of their own free will, knowing it is a sin, [and developing a desire for the thoughts and images that the site invites] then they are in open rebellion to God; then they have transgressed against Him.
When this rebellion becomes an obsession for pedophilia, then they have crossed over into perversion and iniquity. Their mind is no longer able to be renewed and, in reality, becomes depraved. And here's how iniquity becomes a generational curse: If that person continues in his/her perversion and has a child, the perversion can become woven into the child's DNA [in the womb], and the child becomes an adult and can't understand why their prayers of repentance don't break the bond to the perversion of pedophilia.
That's why God proclaimed in Exodus 34:6-7 that He was "compassionate and gracious, slow to anger, and abounding in lovingkindness and truth (faithfulness); keeping mercy and lovingkindness for thousands, forgiving iniquity and transgression and sin; but He will by no means leave the guilty unpunished, visiting (avenging) the iniquity (sin, perversion, guilt) of the fathers upon the children and the grandchildren to the third and fourth generations [that is, calling the children to account for the sins of their fathers, if they, too, continue in the sin]."
If you don't stop the iniquity in any generation, it will impregnate the next generation at the moment of conception. In fact, Iniquity acts as "a spiritual umbilical cord" that transmits evil spiritual DNA from one generation to the next. This is how legacies of sin get passed from one generation to the next? Have you ever wondered why alcoholism runs in a family line? Or abortion? Or divorce? Or sexual molestation?  It is important to understand that you can sin yourself into transgression; and transgress yourself into iniquity. And iniquity is a very real bondage that can affect generations.
But there is hope! God says in Ezekiel 18:19-20, "When the son has done what is just and right, and has been careful to observe all my statutes, he shall surely live. The soul who sins shall die. The son shall not suffer for the iniquity of the father, nor the father suffer for the iniquity of the son. The righteousness of the righteous shall be upon himself, and the wickedness of the wicked shall be upon himself." Iniquity in a family line can be stopped by a righteous man or woman!
We are each responsible for the sins we commit. And if, upon examination, you discern  the perversion of your DNA by means of generational sin, then it is up to you to stop the forward progress and renounce it! And I want you to know that to renounce means "to break agreement with". So, if,  like many of us, there is a pattern of generational sin in your family, I have prepared a prayer for you to recite so that you can break agreement with the spirit of the sin and receive anew the full blessings of God.

Father God, I confess the sin of my ancestors, my parents, and my own sin, and I name that sin as the Spirit leads.

I choose to forgive and release my ancestors of the sin, the curses, and the consequences in my life. I ask You to forgive me, Lord, for this sin; for yielding to it, and to the resulting curses. I receive Your forgiveness.

On the basis of Your forgiveness, Lord, I choose to forgive myself for involvement in this sin. I receive God's freedom from this sin and the resulting curses.

I place these sins and any unknown sins my forefathers committed upon the Cross. I ask that You would cleanse me now, Lord, from the sin and that You would break off of me, all that the Enemy has placed on me because of this sin.

I also bring all the consequences and effects of this sin to the Cross of Jesus Christ. I place the blood of Jesus between me and all generational sin on both paternal and maternal sides of my family.

I ask that the blood of Jesus cleanse my family bloodlines, all the way back to Adam. I break all contracts, covenants, alliances, vows, hexes, or curses between me and my father and/or my mother and all their ancestors.

Lord, now on the basis of my confession, repentance, and cleansing, I ask that You restore me to my fullest measure of existence in You. AMEN!

Isaiah 53:5      But He was pierced for our transgressions; He was crushed for our iniquities; upon Him was the chastisement that brought us peace, and with His wounds we are healed.