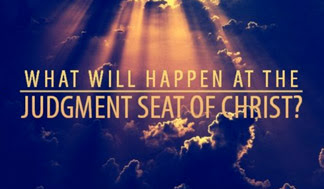 First, I'd like to say that if you haven't read the previous post, I suggest you do, so that what I'm about to say will be understood in its full context. Here is what has been established so far ... Jesus is sitting upon His throne, in all His glory, and judging the "sheep" and "goats". The sheep have been judged righteous, and it has been pronounced that they will "inherit the kingdom". The goats, on the other hand, have been judged cursed, and have been sentenced to the "eternal fire prepared for the devil and his angels". These are very serious pronouncements, and it is important that we grasp their meaning and understand them correctly.
As I postulated yesterday, it is apparent that ministering to the hungry, thirsty, strangers among us, and the imprisoned is important to Jesus. In fact, He makes a point of calling these unfortunate souls His "Brethren". In the past, I have assumed Jesus was making a statement from His carnal position, regarding the treatment of all mankind. But as I have spent more time contemplating this important passage, I have begun to see just who He is addressing.
In verse 32, the Bible says Jesus has gathered "all the nations" before Him, and separated them as "a shepherd separates the sheep from the goats". We've also established that sheep represent obedience, while goats represent rebellion. But notice this: Jesus has gathered nations. Now, some translations go on to say that He "will separate people one from another", while other translations say, "All the nations will be gathered before Him, and He will separate them [implying nations] one from another".  I submit that those translations that use the word "people" are referring to ethnic groups [peoples] or speaking of a group of citizens, collectively, of a nation.
And here is where we get to the decisive and most important points of Matthew 25:31-46. Because Jesus is sitting on His throne on the earth, and all the angels are with Him, I see that the bowls of wrath have been poured out, the battle with the Anti-Christ and his followers at Armageddon has taken place, and this is the beginning of the Millennial Kingdom. This scenario is about more than people ministering to the unfortunate of the world, however important that is to our King. This is a picture of Jesus seated on His Judgment Throne.
More importantly, it is critical that we understand that [at this point in Matthew 25] there has been a transition from the Church Age to the Millennial Kingdom. Admittedly, I am no Bible scholar. But I know that all of the Bible has been given to us so that we might seek to understand our God and participate in His redemptive plan for His creation. While it is true that Jesus tells us that no man knows the day nor the hour of His return, He also tells us to "Stay awake!" and be on guard for the events to come.
I will also admit that the Bible is a mystery as to how these events unfold. And I am still trying to make all the puzzle pieces of Daniel's 70th week, Joel 2, Ezekiel 38, Zechariah 14, the Book of Revelation and Jesus's warnings in the Gospels into a cohesive picture so that I will not be caught unaware and surprised by the "thief in the night". 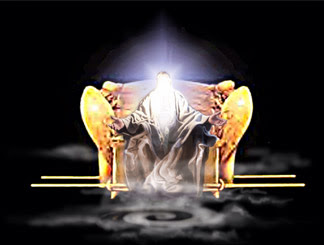 Matthew 24:14    Yet through it all, this joyful assurance of the realm of heaven’s kingdom will be proclaimed all over the world, providing every nation with a demonstration of the reality of God. And after this the end of this age will arrive.