A Testimony: God's Gift Of Grace

It is not very often that I feel compelled to share a testimony about someone Jesus has brought into our life; someone that Mark and I did not anticipate meeting, nor would have thought could be so gloriously set free. But this is such a story of redemption and hope that I believe everyone needs to hear it.
Although I doubt that anyone reading this would know this person or his story, I would still like to afford them some privacy and have changed the names of those involved. It is a story of two brothers whose lives have taken decidedly different turns, but who, by the grace of God, are now walking the same path.
David is the younger brother and had suffered drug addiction to meth for over 35 years. It had cost him much -- marriages, his family, and both self-respect and respect in the community. Sadly his story was far too common in the community in which he lived and grew up. There is a darkness that hangs over the town and, frankly, a principality that controls many such small towns in this nation; and drugs and drug addiction are often what the dark side use to control the inhabitants. David's story is no different than many others who have succumbed to the temptation of drugs.
Robert is the older brother who had beat his own demons of alcohol in his youth, and had surrendered his life to Jesus, and is happily married to a godly and spirit-filled woman. The two of them, just like Mark and myself, had been called to study and train in deliverance ministry. Robert had been faithfully praying for years for his brother, seeing no improvement, but never giving up. And then one night, the devil came calling. 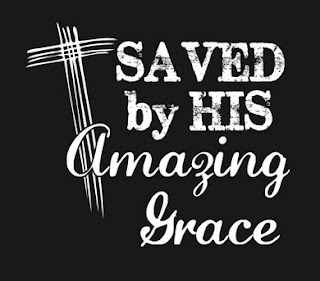 1 Peter 5:10   "And after you have suffered a little while, the God of all grace, who has called you to His eternal glory in Christ, will Himself restore, confirm, strengthen, and establish you."