My soul has been in turmoil the last few days as I have witnessed a lack of kindness, tolerance and solicitude in the world. I say "in the world" because this insensitivity has ranged from my inner circle of friends to the public venue; across the secular internet and within the Body of Christ. It is truly as if people's hearts are "growing cold".
But why should I be surprised? Jesus prophesies that this will happen in one of the most revealing chapters in the Bible, Matthew 24. After disclosing the general signs of the end of this age, and before He declares the sign of the "abomination that causes desolation", Jesus tells us that "You can expect to be persecuted, even killed; for you will be hated by all the nations because of your love for me. Then many will stop following me and fall away, and they will betray one another and hate one another. And many lying prophets will arise, deceiving multitudes and leading them away from the path of truth. There will be such an increase of sin and lawlessness that those whose hearts once burned with passion for God and others will grow cold.  But keep your hope to the end and you will experience life and deliverance" (Matthew 24:9-13). 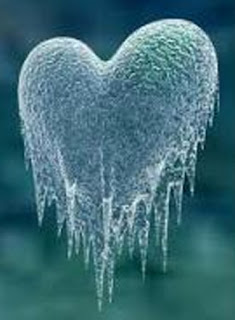 I believe that this is a passage that is both relevant to the Disciples at that moment, as well as being a prophetic revelation to us in the 21st Century. It is not hard to look around and see how we Christians treat people unlike us; let alone how judgmental and condemning we can be towards fellow brothers and sisters in Christ. With the prevalence of online blogs [this one included], videos, internet ministries, and Christian media conglomerates, it is no wonder that Jesus warned us of the possibility of "lying prophets". As I have urged from the beginning, anyone reading this blog must never take my word as God's Truth. I always encourage readers to take what I share and have a discerning spirit about how it lines up with the Truth of God's Word in the Bible. I am still growing and maturing in my faith, so what I share is what I believe God is revealing to me in my spirit and by His Word ... at this time in my journey. I know that I am in a process; am being grown into the image of Christ, so growth and development is a part of the path I'm on. I do not expect everyone to agree with me, but I would hope that we could honor each other as heirs of the covenant of salvation through Jesus Christ.
But I will tell you that I have received my share of hateful comments from fellow Christians, and have witnessed anything but love from my fellow believers whenever I have written on a subject that does not align with denominational doctrine or accepted tenets of modern Christianity. Furthermore, over the last couple of years I have witnessed a level of ungraciousness, disrespect, and outright cruelty from media outlets who hold themselves up as the bastion of Christian beliefs -- and the incivility has been towards other Christians! You have internet sites that run the range from offering diversified Christian resources from a charismatic/Pentecostal belief system to internet sites that hold to the Second London Baptist Confession (1689) and are unabashedly orthodox in their belief system. Needless to say, while reading articles on these sites I have often felt as if I was in the middle of a Pharisees and Saduccees debate -- all Law and no Grace!
Yet I also take note that Jesus tells us the reason hearts that once burned with passion for God and [love for] others have grown cold is that "there will be such an increase of sin and lawlessness". My spirit discerns that He is not just talking about sin and lawlessness among unbelievers, but this iniquity will also abound in believers, due to the deception of "lying prophets" who lead believers away from the path of truth.
It is so easy to see this happening in our culture today. We have prominent and influential Christian singers who don't know what the Bible says about homosexuality. We have young college athletes who are being castigated over insensitive tweets made as a teenager. And, yes, we even have Supreme Court Justices who are paraded before the public over spurious charges about behavior decades old. And if nothing else, the media frenzy that followed in the wake of these three incidents should tell us that anyone of us is vulnerable to public scrutiny; and whether we sin by not doing something we should have [such as failing to help someone when we have the ability, or the Holy Spirit nudges us], or we sin by doing something we shouldn't have [such as adultery, molestation, pornography], we can expect to be persecuted in the public square.
What happened to compassion and mercy? And how is that to intersect with Truth and the Fear of God? And I'm addressing that question to Christians as much as I am secularists! There are those who want to advocate for loving people who make mistakes, while understating and diminishing the Truth. There are still others who think the Truth should be presented explicitly and uncompromisingly without the appropriate attitude of love. Are either one of these a complete picture of the attitude taken by Jesus? How are we to approach this problem we have in our culture of going too far in one direction?
Aren't we called to love others while standing for God's Truth and Principles? Can't we show kindness and mercy while still upholding a moral and Godly belief system? We don't have to condemn and judge when someone strays from the path; yet, we don't have to condone every unholy and sinful position in the world, calling it "grace and mercy". Jesus actually tells us in Matthew 24 that people will stop following Him and fall away; betray one another and hate one another. That's Believers He's talking about! We MUST hold fast to our first love and His ways! And we must disciple those who come to faith in Him! We are His representatives in the world, and if we don't know how to defend God's Principles and do it in a loving manner, then our hearts will grow cold and we will be unable to exhibit our Hope before the world. It is in this Christmas season that we tell the world our Hope was born. Our hearts are warm with sentimentality and love and peace towards others. May we seek to always keep our hearts this dedicated to God; never wavering from His Truths, but always presenting them in love. Do not be swayed by popular culture, social media, or even Christian websites. Let God's Word shine a light upon the path you are to take, and the world will be a kinder, gentler place.

1 Peter 3:15    "But in your hearts honor Christ the Lord as Holy, always being prepared to make a defense to anyone who asks you for a reason for the hope that is in you; yet do it with gentleness and respect [reverance, fear]"
Posted by Pam Kohler at 6:30 AM