What Has Satan Stolen From You?

The title and thoughts behind today's post come from a conversation I had with a woman whom I have come to greatly admire for the strength of faith that has seen her through the attacks of the Enemy on her life and her destiny. I can't describe how much my spirit rejoices as I see her moving from a defeated child of God to a determined Daughter of the King who is no longer willing to succumb to the bondage of Satan's orchestrated events in her life. She is an Overcomer and I have no doubt she will be victorious in every area of her life.
Yet, she came to Mark and I with a question she was almost embarrassed to ask. As she looked around at family and friends she wondered what was different about her that she should continue to struggle financially. She knows her Father in Heaven desires to give her all she needs, yet she remains so often in lack. Was there a Biblical principle she was missing?
I have to admit that this is a question I have asked myself, as I assume many of those who will read this blog have done, as well. So, I made a commitment to find out if God addresses this issue beyond Blessed are the poor [in spirit] for theirs is the Kingdom of Heaven; or If you then, who are evil, know how to give good gifts to your children, how much more will your Father in heaven give good things to those who ask Him! I have no doubt my friend had expressed her need for more provision many times, only to receive no answer. And we both believed that our Father, whose will for us is always perfect, good and acceptable, would not withhold provision from those He loves. So what else could be going on? NOTE: And I want to make it perfectly clear, I am NOT advocating a Prosperity Gospel! 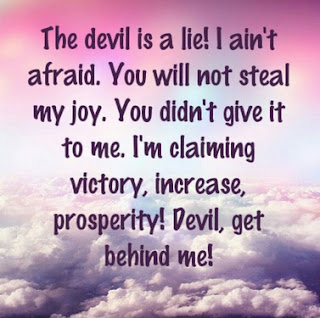 Instead, let me introduce you to an article on the KOHA website (Kingdom of Heaven Ambassador) by Tiffany Domena about the unrighteous transactions of Satan that not only caused his fall from Heaven but could possibly be affecting our ability to live in the fullness of our provision from God. First of all, we all have the knowledge that Satan came to "steal, kill, and destroy". It's easier to see what he kills and destroys ... our flesh, our marriages, our faith, the things we once had but are now gone. But we may not know what he has stolen from us because we've never experienced it or seen it. But this article by Tiffany is quite revealing and then, when followed up with the Word of the Lord, I think we can start to get some answers.
The article points to Ezekiel, Chapter 28 where we get an idea of how we've been denied what is due us. In the first 10 verses of Ezekiel 28, the Lord has a word for the "prince of Tyre", a man who is full of pride, controlling the commerce in the regions of the world and amassing great wealth. Some ancient historians [including Josephus] have suggested that this "prince" of Tyre was Ethbaal, the father of Jezebel. He had originally been King of Sidon, who then killed the King of Tyre and assumed the throne. Baal became the god of Tyre, and Ethbaal served as a high priest of both Baal and Astarte (also known as the Queen of Heaven). When his daughter Jezebel married Ahab, the King of Israel, she persuaded him to worship her gods, and so Ahab worshiped Baal and built an altar and a temple in Israel to this false god. The Bible says he "did more evil in the eyes of the LORD than any of those before him."
If Ethbaal is this "princely" leader of Tyre, it is not difficult to discern [from history and Scripture] that he stole the wealth of the land he conquered and sat on his throne, full of pride, thinking of himself as a god. But then there is an interesting shift in Ezekiel 28:11-19, where God has a further [and similar] message for the "king" of Tyre. So why the distinction between prince and king? If you look closely at the Word, the prince of Tyre is clearly assumed to be a man; a human. But let's look closer at how God refers to the king of Tyre.
"You were the model of perfection, full of wisdom and exquisite in beauty. You were in Eden, the garden of God". Scripture goes on to describe the precious stones that adorned his clothing; all beautifully crafted and set in the finest gold. "They were given to you on the day you were created. I (God) ordained and anointed you as the mighty angelic guardian (guardian cherub of My throne). You had access to the holy mountain of God and walked among the stones of fire." Scripture then describes this "king" as "blameless until evil was found in him." Just like the prince of Tyre, this king was filled with pride, and his wisdom was corrupted by his "love of splendor".
These verses are clearly referring to Lucifer, who became Satan at his fall from Heaven. The prince of Tyre (who was Ethbaal, or a man) walked in the Anti-Christ spirit of Satan, who was the spiritual ruler behind Ethbaal's earthly kingdom.
But take a closer look at what's revealed in these verses. Ezekiel 28:16 says that while still a guardian cherub in Heaven, Lucifer's "rich commerce led to violence and he sinned". Furthermore, verse 18 says "he defiled his sanctuaries with his many sins and his dishonest trade". The Amplified Bible says he had an "abundance of commerce" and his "trade was unrighteous." 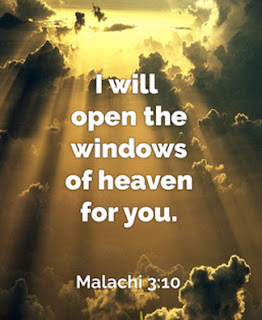 I do not think it is wrong to surmise that there is trading and commerce going on in Heaven! Psalms 135 and Jeremiah, Chapters 10 and 51, speak of God's "storehouses" in Heaven. And I want you to consider Malachi 3:10 which says, "Bring all the tithes into the storehouse so there will be enough food in my Temple. If you do,” says the Lord of Heaven’s Armies, “I will open the windows of heaven for you. I will pour out a blessing so great you won’t have enough room to take it in!" It is important to understand that the "food" in this case is the portion of the harvest [which is ultimately provided by God] that would support the priests and their families. In ancient times special storehouses were established in the temple to receive the tithes of the harvest. If the people were not faithful to return a portion of the harvest, the priests could not continue to serve and perform their duties. Apparently there were [and are] storehouses on earth and storehouses in Heaven. Depending on our faithfulness to serve Him, God has blessings in His Heavenly storehouse earmarked for us, and they are so great, we won't have room to take them in. He clearly desires to bless the faithful with more than they will ever need.
So, now see if you can follow me as I try to connect the dots I think I'm seeing ... God has known us since the foundations of the world and our destinies have been written in His Book of Life. He knows who will be faithful and serve Him, and because we are a Priesthood of Believers, we are due abundant blessings due to our faithfulness. But who was in charge of the commerce and trading in Heaven before his fall? Follow this train of thought ... Could it be that Lucifer, in his pride and arrogance, became greedy, corrupt, and unrighteous; stealing the blessings of wealth that were being stored up by God for us?
The Word says he profaned [violated, defiled] the sanctuaries by the great quantity of his sins and the enormity of his guilt, and by the unrighteousness of his trade. That's pretty condemning! And if it is so -- that he stole this part of our inheritance, then we can enter into God's heavenly courts and go before His throne, seeking reparations! We can appear before Him demanding justice and asking that our stolen blessings be repaid.
As priestly Believers, the Word tells us that if we first seek the Kingdom of God, all these things will be added to us; all that we need and all that is due us as heirs of the Kingdom. Proverbs 13:22 says "the wealth of the wicked is treasured up for the righteous." All that Lucifer/Satan has stolen from us is our birthright, and that includes wealth, which we are meant to enjoy (Proverbs 13:23).
So, do not buy into the lie from Satan that we Christians are not to possess money or wealth, and do not think that poverty is the benchmark of a righteous life. It is the love of money that is to be avoided! All the Scriptures that warn about being a rich man are aimed at those with unrighteous hearts. And obviously, seeking to serve the Kingdom should be our first priority. But those with great wealth are never hindered from advancing the Kingdom. And if Satan, through his "dishonest trade" and "rich commerce", has stolen provision that God meant for you, then by all means you can go before the Heavenly courts to obtain a decree or judgment for the return of your stolen provision. We have been granted back all of our inheritance in Christ, and we must not settle for "lack" when God's intentions are always "abundance".

Psalm 35:27    Let them shout for joy and rejoice, who favor my vindication and want what is right for me; Let them say continually, “Let the Lord be magnified, who delights and takes pleasure in the prosperity of His servant.”