God Never Loses Sight Of Us!

God is SO good! His ways never cease to amaze me! Do you remember my testimony around last Christmas about the woman I met in the Walmart parking lot? If you've heard the story, I hope you will take the time to read it again. You can never hear about the Goodness of God too many times. Here's a quick synopsis....
As Mark and I approached the exit of a crowded Walmart at Christmastime, there was a woman ahead of me, obviously in pain, and moving very slowly. Although we were ready to get out of the rush, I got a clear prompting from the Holy Spirit ... "You are not going to walk past this woman."  We waited for her to clear the final door, and once in the parking lot, I approached her and asked if she was having trouble walking because of knee pain.  She told us that her right knee was swollen because she'd recently had that hip replaced. She was supposed to have the left hip replaced, too, but Hurricane Harvey caused a delay, and now she is displaced, waiting for her house to be repaired so she can move back in.  I asked her if we could pray for her knee pain, and she was enthusiastic in her approval, "Yes! I would love that!" 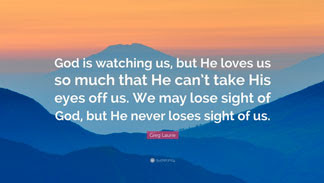 Psalm 139:24     "See if there is any path of pain I’m walking on, and lead me back to Your glorious, everlasting ways—the path that brings me back to You".
Posted by Pam Kohler at 6:30 AM