How The Announcement Of The Kingdom Impacts The Harvest

I have recently joined a group of women for a Bible Study taught by Pastor Bill Johnson of Bethel Church in Redding, California. I believe that Pastor Johnson walks in an anointing from God to preach to the Body of Christ that God's Kingdom in Heaven has invaded this earth, and how that should decisively effect our Christian walk.
The Bible Study is called "God Is Good: He's Better Than You Think".  We are only at Week Three, but we are already being presented with some deep questions that have me examining my ambassadorship for the Kingdom of God. Here's a question that illustrates my point: How does the announcement of God's Kingdom have a direct impact on the size of the harvest of people who respond to it?
Note that the question posed is actually multi-faceted. We must not only consider what the direct impact is upon the harvest of souls, but how it effects the size of the harvest.  First of all, it is important to recognize that there is a direct correlation between the announcement of God's Kingdom and the Gospel of the Kingdom. It should go without saying that both are announcing the "Good News" that God's Kingdom (the actual realm where He resides) has now made itself known here on earth. This announcement would soon make the Kingdom a reality; becoming apparent by the evidence shown in Jesus's life.  And Jesus would inaugurate the Kingdom message when He began His ministry, preaching "Repent, for the Kingdom of Heaven is at hand". 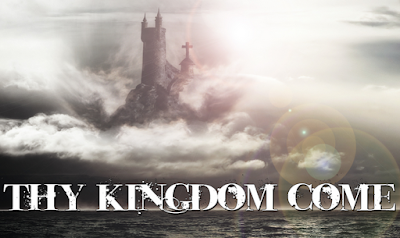 Mark 1:15    His message was this: “At last the fulfillment of the age has come! It is time for the realm of God’s kingdom to be experienced in its fullness! Turn your lives back to God and put your trust in the hope-filled Gospel!”

Email ThisBlogThis!Share to TwitterShare to FacebookShare to Pinterest
Labels: Encouragement, Faith, The Kingdom of God