Being The Presence Of God

I want to relate an experience that my husband and I had a couple of days before Christmas.  Although I posted a quick synopsis on Facebook, there is more depth to the story than I was able to express on that platform.  It is a stark reminder to me of how I need to be more focused on being the presence of God to another person.
As millions of Americans did, Mark and I had to get out in the Christmas rush to buy household essentials, and I needed to return a rug I had bought on an impulse. Big mistake, I thought at the time.  I waited in the Return line at Walmart for over 30 minutes, my frustration beginning to mirror the poor woman trying to figure out how to send money orders around the world. But I kept myself in check, clinging to thoughts of the peace of this season. Finally, I was up next. I finished my return, we scrambled to find the other items we came for, got in another line to purchase them and were happy to be exiting the store.
As we approached the exit, there was a woman ahead of me, obviously in pain, and moving very slowly. Although we were ready to get out of the rush, I got a clear prompting from the Holy Spirit ... "You are not going to walk past this woman."  Mark and I waited for her to clear the final door, and once in the parking lot, I approached her and asked if she was having trouble walking because of knee pain.  She told us that her right knee was swollen because she'd recently had that hip replaced. She was supposed to have the left hip replaced, too, but Hurricane Harvey caused a delay, and now she is displaced, waiting for her house to be repaired so she can move back in.  I asked her if we could pray for her knee pain, and she was enthusiastic in her approval, "Yes! I would love that!" 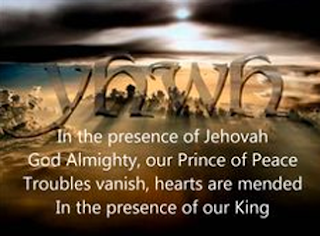 I laid hands on her knee, prayed and asked if the pain was gone.  She said it was better, and we said, "Then, let's go after it again!" We continued to pray, laying hands on her, and releasing the power of the Holy Spirit against the spirit of pain in her knee.  We looked up and tears were running down her face.  Mark asked her why she was crying, and if those were tears of pain or joy.  She said, "Who are you people?"  We said, "Just followers of Jesus, doing what He has asked us to do, and what we are called to do".  She replied, "I have felt so distant from God for too long.  And He has sent me several people this week to remind me that He is still present in my life".  And the tears began flowing even more steadily.
Mark asked her why she felt God was so far away, and she replied that she was the one who had pulled away.  So we held her hands and prayed that her relationship with Jesus would be restored and she would know how much He loves her and desires to rekindle the fire that once invaded her heart.  We asked her if she had received the Baptism of the Holy Spirit, and she said she had; that she had received the gift of tongues, but had lost it. We asked if she wanted it back, and she said, "Oh, God, yes!" So Mark prayed over her, calling for more of the Holy Spirit, and she prayed along with us, but nothing happened.  We reassured her that if she wanted it, all she had to do was keep on asking for it.  It is the Father's desire to restore her to fullness.  She said, "I know this, y'all! I know this!  My daddy was a Pentecostal preacher and I should know this!"
We asked what happened to her that she had abandoned her faith.  She struggled for an answer, finally saying that things had just happened in her life.  We asked who she needed to forgive, and the answer finally came out ... herself.  So we led her in a prayer asking Jesus to help her forgive herself, as He has forgiven her.  By this time, I became aware of the strange looks we were receiving ... two white people hugging and praying and laying hands on an infirmed black woman ... and none of us cared!  Our Sister in Christ, Tracy, was walking in less pain, smiling through her tears, and declaring to anyone who cared to listen, "This is what we are supposed to be doing! We are all the same! We are all God's children and we are supposed to care about each other!"  We walked her to her car, blessing her and reminding her that Jesus will never leave her.  It was such a blessed reminder that Jesus will give us unending opportunities to represent Him, if we will be present in our spirits.
I tell you this story, not to point out mine and Mark's actions.  It's not about us!  Remember, I just wanted to get out of that store, and there is another detail to the story... I had noticed Tracy as we rushed around trying to grab our two small items after my long wait in the Return line. But I was so self-absorbed with my own needs and getting out of there as fast as I could, that I had walked past her. Then here she was in front of me as we were exiting the store. I am telling you this because I am ashamed that I wasn't listening to the Holy Spirit when I first saw her, and I am praising the Father for giving me another chance to walk in the identity that I am seeking. I now see that my wait in the Return line was by His design -- otherwise our paths would never have crossed at the end.
Again, this is not about the work that we did that day, although I know that it ultimately pleased the Father. But, rather, it is a serious inspection of myself as to why the presence of the Holy Spirit is not continuously expressed in my actions, every single minute of every day.  I want to be a person that the Holy Spirit "rests upon", as He did Jesus throughout His time on earth. 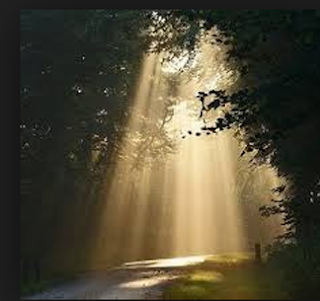 I know the Spirit lives in me; my body is His Temple, and I am confident that I have been born again. But I have to honestly look at myself and ask, "Can I say that the Holy Spirit rests on me?"  To me it is as Bill Johnson explains, "The Holy Spirit is IN me for my sake, but He rests UPON me for the sake of another".  That means that I should be having an impact upon others because of His presence upon me, and I should be effecting the world around me. Does it happen occasionally? Yes! And I know when it does that it is not me who is affecting a person's spirit, but the Holy Spirit leading me "on paths of righteousness for His Name's sake".
During this season of my walk with the Lord that's where I'm at -- I want more than anything else to facilitate an encounter with God for another human being; to be the vessel or pipeline, if you will, through which God reaches out and touches a human heart. But I am also very aware that my heart must be always open towards the Holy Spirit in order for that encounter to flow through me. And my experience at Walmart, two days before Christmas, shows me that I still have work to do. I want to be constantly engaged with the Holy Spirit, just as Jesus was.
John the Baptist, when testifying to the validity of Jesus as the Son of God, says in John 1:32, I have seen the Spirit descending as a dove out of heaven, and He remained upon Him [Jesus]. It means that for the rest of His earthly life, Jesus continued to position Himself to effect others, as the Holy Spirit directed Him. For me, it means I must direct my heart ever more towards God, so that I will be aware of every possible occasion or circumstance in which someone might encounter God through me.  I do not write this as a matter of self-deprecation, because I know I am a Daughter of the King.  Rather, I write it as a testament to my self-awareness, and to encourage others to walk with me as we seek to become more like Jesus. So, Father, I pray for more encounters like the one you blessed me and Mark with, and I pray that You will come to entrust me with more opportunities as I learn to recognize Your presence and share You and the Holy Spirit with others.  I want to cooperate with You more; fully representing You and what You are doing in the world. I ask all this so that my life may exalt my Lord and Savior. Amen!

Titus 3:5    He saved us, not on the basis of deeds which we have done in righteousness, but according to His mercy, by the washing of regeneration and renewing by the Holy Spirit,
Posted by Pam Kohler at 6:30 AM