Framework vs Formula In Ministry

I'm actually hesitant to begin this topic, because I'm sure that I will leave out some principle that I believe about following Jesus's models, so I run the risk of being mis-interpreted.  But this topic has come up in a number of conversations I have had with other Christians about the ministry the Lord has brought to Mark and me, so I think it bears discussion.
These conversations have centered on the method, for lack of a better word, of how we approach each deliverance session of our ministry. There has been concern raised about whether we use a "formula" and if that is consistent with Scripture and Jesus's healing/deliverance ministry.  Let me begin to answer those concerns by saying that the word formula has a decidedly negative connotation, suggesting a set procedure or blueprint that we follow.  And I agree that there is no "one-size-fits-all" plan that is a failsafe path to setting the captives free.  Jesus treated each person's situation individually and was led by the Spirit to do what needed to be done to end their physical sickness or spiritual torment. 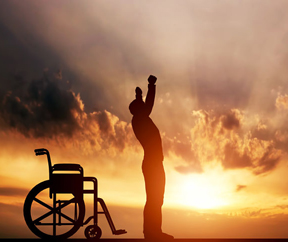 But that being said, there are common denominators in what ails people.  The unforgiveness, anger, jealousy, child molestation, rejection, abandonment, blindness, paralysis, demonic oppression, and many more physical and spiritual afflictions that Jesus healed are the same ones that we see burdening people today. The difference is that when Jesus walked the earth, those people experienced His physical presence during their deliverance.  Today, He appears to them from the spiritual realm as we partner with Him in their deliverance.
So, do we use a particular formula when we co-labor with Jesus in a deliverance session?  While there are common issues that are addressed in every deliverance -- such as events in their lives that were possible openings for demonic oppression; or spiritual roots that must be explored in regards to particular illnesses -- we listen for the Holy Spirit's guidance as to the direction Jesus wants to take the individual in helping them to see that He was always there with them and He desires to set them free from whatever is keeping them in bondage.  So, rather than "formula", which implies a fixed recipe that is never adjusted, I prefer to say Jesus has shown us a "framework" from which to work out of; a flexible shell that can be modified and customized to fit that person's spiritual identity -- we start with the model He has brought to us (inviting the Kingdom of Heaven into the situation) and then let Him and the Holy Spirit mold it to fit that person's needs.  We just do what Jesus tells us, or what we see in the spirit that He wants done ... the exact same principle that He followed with the Father.
It is important to understand that the details, if you will, of the deliverance might change ... we see Jesus healing by instructing the blind man to wash in the pool of Siloam; in another case, He spit on the eyes of a blind man; He healed the Centurion's servant from afar; and the woman with the issue of blood was healed by touching His robe.  We see in the Bible that Peter's shadow was used by God to heal the sick in the streets; and that handkerchiefs and aprons that Paul had touched manifested healing.  The point I am trying to make is that there was no set method, yet there were various [and consistent] configurations of healing that seemed to apply ... the spoken word; the laying on of hands; and, sometimes a combination of these practices or customs that God used to heal.  In other words, there was a foundation upon which God and the Holy Spirit based their instructions to Jesus, and later to the Apostles and Disciples of Jesus. 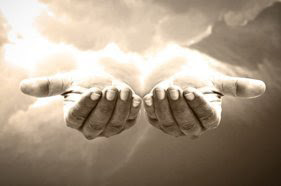 It is no different today.  In regards to those with whom I am acquainted [who are obedient to God's calling to a deliverance ministry], I would be willing to say that no two deliverance sessions would look exactly alike.  How could they?  What needs to be healed is going to be different in each case!  But I would also stand on the statement that there is a basic framework that is common to all and adhered to by everyone who seeks to heal and deliver from a Kingdom perspective ... that framework begins with being led by the Spirit to heal that person the way God desires them to be healed -- because He knows what they need.
You see, it is God, Himself, who lays the path a deliverance or healing will take.  That's why you see the variety of physical healings and spiritual deliverances throughout the Bible.  Whether it was Jesus, or those that came after Him, all have listened to the Father and the Spirit for guidance.  And if we see some repetition in that Spirit-led instruction, who are we to say that God doesn't know which of His divine principles for healing work better than others? And we might begin our ministries with a limited set of instructions, but as we become more proficient with the work God has given us to do, we invariably find that those instructions evolve, and new, higher level instructions are imparted.  God has set no limitations on what He can share with us to set His people free.
So while God has particular principles that serve Him well, He is not bound by any formula, and neither are His deliverance ministers.  However, we operate within a framework that the Spirit leads and has shown us works! But we always do whatever the Holy Spirit directs. Just as God uses creative methods to bring people into the Kingdom, He does the same when He heals and delivers. Those creative methods might look conspicuously like a formula to those on the outside, but every move is orchestrated by the Father and conveyed by the Spirit.  It is our humble desire to always have Jesus abiding in us, and to walk as He walked.

John 14:10    Do you not believe that I am in the Father, and the Father is in Me? The words I say to you I do not say on My own initiative or authority, but the Father, abiding continually in Me, does His works [His attesting miracles and acts of power].
Posted by Pam Kohler at 6:00 AM