The Importance of "Experiential Knowledge" To Our Faith

I fully expect that the title [alone] of this post will result in excoriation by the Religion Police, who won't be able to get past what they think I'm going to say, and be able to read with an open mind and a willing heart to listen. That term ... "experiential knowledge" ... is most often [in the realm of religion] related to the concept of gnosis and the Gnostic teachings.  And if you know anything about the history of Christianity, Gnosticism was a pretty big challenge to the new faith founded by Christ. I would like to suggest that experiential knowledge is a concept completely within the Christian faith, and does not resemble the false Gnostic teachings at all.
But we need to begin with an understanding of what Gnosticism is before we can look to the Bible for any evidence that experiential knowledge is different, and actually coincides with our faith.  First, the word gnosis, means "Knowledge of Spiritual mysteries".  And if you have read my last blog, then you know why this term and the Gnostic movement it spawned make Christians nervous.  According to Christianity.com, "Gnostics did not call themselves by that name and there were many variations of what we now call Gnosticism. While some forms were completely unrelated to Christianity, others considered themselves a higher type of Christian [faith]. But although Gnostic beliefs varied a good deal, we can sum up a few essential points on which all of us can agree:
•  The material world is bad, the spirit world is good. The material world is under the control of evil, ignorance or nothingness.
•  A divine spark is somehow trapped in some (but not all) humans and it alone, of all that exists in this material world, is capable of redemption.
•  Salvation is through a secret knowledge by which individuals come to know themselves, their origin and destiny.
•  Since a good God could not have created an evil world, it must have been created by an inferior, ignorant or evil god. Usually the explanation given is that the true, good God created or emanated beings (Archons) who either emanated other Archons or conjugated to produce them until a mishap by Sophia (Wisdom) led to the creation of the evil Archon who created our world and pretends to be God. He hides truth from humans, but sparks of Sophia in some humans fill them with an urge to return to the Pleroma (divine realm) where they belong". 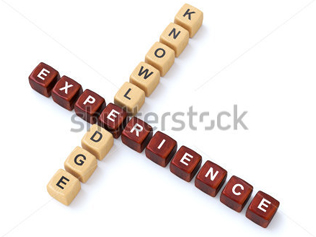 It is not my focus to debate Gnosticism in this blog post. In fact, these ideas had implications that could not be squared with either the Old Testament or apostolic writings, which is why early Christians rejected them -and so do I! Let me make this perfectly clear -- Gnosticism has no association to my Christian faith. BUT, I cannot ignore that term "experiential knowledge" -- which often gets confused with the principles of Gnosticism -- and I want to show you that it is mentioned in the Bible, and why it does have a connection to my faith.  Experiential knowledge is not intended to imply "secret knowledge", as some Christians suggest [and why the term is so often associated with Gnosticism].
You know that I love to dig deep and look at the words used in the Bible in their original languages.  I think we can all agree that every true Christian yearns to know more of our God; to have more knowledge about Who He is, and His Nature and Character.  The Apostle Peter says that we can have that, in 2 Peter 1:3, His [Jesus's] divine power has granted to us all things that pertain to life and godliness, through the knowledge of him who called us to his own glory and excellence.  But guess what?  In the original Greek language of the Bible, that word "knowledge" reads like this:  through the experiential knowledge [which the believer has] of the One who called us into salvation by means of His own glory and virtue [or power].
So what's the difference?  Why is it important that we know that experiential knowledge is valid in a believer's life?  Experiential knowledge, in Greek, is epignosis, and if you will indulge me for a moment, let me dissect the word... In comparing epignosis [experiential knowledge] with gnosis [knowledge], the epi gives the compound word a greater strength than the simple word alone possesses.  In other words, Epignosis is the complete comprehension we gain after first knowing something. It is knowing something better and more fully than I knew it before; a more exact view of a subject as I get closer to it.
In Vine's Expository Dictionary of Biblical Words, “epignosis denotes "exact or full knowledge, discernment, recognition," and is a strengthened form of gnosis, expressing a fuller or a full "knowledge," a greater participation by the "knower" in the object "known," thus more powerfully influencing him".  The New Thayer's Greek-English Lexicon says epignosis specifically refers to Christ, i.e., the true knowledge of Christ’s nature, dignity, and benefits.
So, how is this understanding that there is a fuller knowledge of Christ [through our faith experiences] evidenced in the Bible?  In the original Greek, Paul uses the term "experiential knowledge" 15 times in his epistles.  In 2 Timothy 2:24-25, he writes, The servant of the Lord must not be quarrelsome ... correcting his opponents with gentleness. God may perhaps grant them repentance leading to a precise, experiential knowledge of the truth.
In Philemon 6, Paul writes, And I pray that the faith you share in common with other believers may become effective in the sphere of a full and perfect experiential knowledge of every good thing in us, with a view to [the glory of] Christ.  Paul says in Ephesians 4:13, until we all attain to the unity of the Faith and of the experiential, full, and precise knowledge of the Son of God ... Other examples are Ephesians 1:10, that the God of our Lord Jesus Christ, the Father of glory, may give to you a lifestyle of wisdom and of revelation by means of an experiential knowledge of Him, and 1 Timothy 2:4, who desires all men to be saved and to come to an experiential knowledge of the truth. And there are many others.
By now, it should be apparent that God desires that we come to know Him through a process of personal encounters (experiences) that result in new revelations from the Holy Spirit about the mind and character of both Christ and the Father.  Knowledge that is acquired by experience over a period of time, and from which we grow and mature into an intimate relationship with the Father, is superior to knowledge just gained, or that which is not fully realized.
Historically, Gnostics claimed Christians were a step lower than themselves in the scale of enlightenment, and that Jesus gave secret knowledge which the uninitiated did not share.  But we can see in the Bible that the knowledge is not secret at all.  It is there for all those who seek it, and through our experiences of seeking, we hope to receive that perfect knowledge of God's Holy will and the blessings which He has bestowed [and still constantly bestows] on men through Christ.  So, I am thankful for each and every experience that brings me closer to God, and to the knowledge of His full character.

2 Peter 1:8   "For if these qualities are yours and are increasing, they render you neither useless nor unfruitful with respect to an experiential knowledge (epignosis) of our Lord Jesus Christ".

Email ThisBlogThis!Share to TwitterShare to FacebookShare to Pinterest
Labels: Faith, Knowledge of God