Validation By A Vision

I wrote yesterday's blog post out of a sincere desire to help several close Christian friends overcome their reticence to letting Jesus set them free.  To be honest, I was beginning to feel as if I was failing them and Jesus because I have been unable to convince them of what my spirit is screaming is His Truth!  I have tried using Scripture to validate what has been revealed to me, but more often than not, these dear Christians are so entrenched in the Church interpretation of the Word, that they look at me with doubtful concern: "I can see that possibility, but it's not what I've been taught my whole life."  And the conversation usually ends there.
Even those who have seen family members healed of their spiritual wounds [and are desperately searching for a way out of their own bondage] just can't bring themselves to step outside the box. Something is holding them back; they are listening to a lie; and I haven't been able to convince them that Jesus is bigger than we've allowed Him to be. 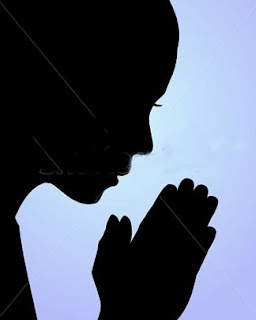 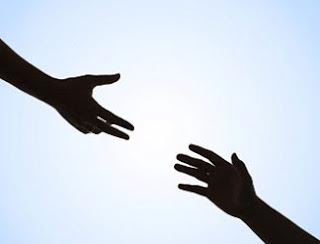 Then it hit me!  It was an answer to my struggling attempt at prayer the night before!  God was showing me that I couldn't make people see the truth of their bondage, anymore than I could (as the husband in my "dream") make the townspeople see that they didn't have to live by the dictates of the deceitful Leader.  Satan lies to us and convinces us that we can't escape our chains, and that we live in an invisible fortress of bondage.  It's easy to keep us in those chains, too, because he knows that too many of us will never believe that all we have to do is walk away towards the Freedom that Jesus offers.
I will tell you that I have never had a "dream" like that before!  And I rarely remember every detail and conversation and emotion in sequential order, and in such lucid images.  My husband said, "I think God just gave you a vision".  At first, I didn't want to accept that because that isn't any kind of language (or concept) that we modern and Western Christians embrace with any comfort or agreement.  But I then realized just how similar my experience was to what I have been studying in Acts, Chapter 10.
Peter, who found himself outside the norm of Jewish tradition and Law, was staying with Simon, the tanner, in Joppa.  For a law-keeping Jew of that time, it was strictly forbidden to associate with anyone who routinely worked with dead animals. And according to Jewish Law, a tanner had to live at least 75 feet outside a village because of his ritual uncleanness.
But God was laying a groundwork in Peter's heart for a new concept that He needed him to understand, and Peter is less concerned about Jewish traditions and ceremonial notions than he was before.  Boy, can I relate to that!  This whole ministry that God has laid on me and my husband's hearts necessitates that we be willing to look outside the Western Church's traditions and rituals! And it has certainly set us apart from our fellow Christians.
And what did God do next with Peter?  While he was praying on Simon the tanner's rooftop, the Bible relates what it calls "Peter's Vision".  Scripture actually says he fell "into a trance".  Now this happens to Peter around noon, hence the description of a trance.  I would submit to you that if it had happened in the night or early morning hours, it would have been described as a dream.
So, Peter's dream is every bit as clear and focused and vivid as mine was.  He even partakes in a conversation with God, and the dream comes to a definitive end.  It is not disjointed or disordered; it is articulated with a precise message.  And Scripture says "Peter wondered within himself what this vision which he had seen meant".  Like Peter, I searched for meaning and significance.  And, I will tell you that when it is that strong an image in your mind, you know how different it is from other dreams you've had.
I understand that the traditional Church, [and perhaps many of you] will be unable to accept what I have related.  It will be rejected as my own rationalization or justification, and it is just too far outside the realm of "acceptable" Christian experience.  But I know in my heart and spirit, that it was a clarification from God.  It articulated the struggles and frustrations I have been facing, and validated that I am on the right path.  I was shown that I may not be able to change thoughts and theology in a Christian's mind, but I am to continue declaring what I see as God's Truth.  It is then up to each Christian to decide if they are too afraid to challenge the invisible chains imposed by the Prince of this world -- or if they will take that life-affirming step and walk through the gates toward Freedom.  All I know is that I have been given encouragement and motivation to continue my walk with My Lord, and it was beyond extraordinary -- it was supernatural!

Ephesians 3:20-21   "Now to Him who is able to do far more abundantly than all that we ask or think, according to the power at work within us, to Him be glory in the church and in Christ Jesus throughout all generations, forever and ever. Amen."
Posted by Pam Kohler at 7:00 AM