The State of Our Faith

I was absolutely astounded at an article I found online about a study that measured what Americans, in the year of our Lord 2016, actually believe about God and the foundations of the faith of Christianity.  The survey/study was conducted by Lifeway Research, which was commissioned by Ligonier Ministries, and attempted to define where Americans stand on the belief system which supports the key doctrine of the Body of Christ throughout the last 2,000 years of traditional Christianity.
As with any research, one must take into account the biases of the parties involved, so in full disclosure, we must understand that Lifeway Research is one of the largest providers of religious and Christian resources in the world, and Ligonier Ministries was founded by R.C. Sproul, who is a Reformed Theologian (believing that God communicates knowledge of Himself to people through the Word of God), and a Calvinist.  While I believe that the Word should be the focus of our knowledge of God, I do not believe in Calvinism, preferring to let the Bible determine my theology, rather than a man.  But, that being said, I found the research and survey to be enlightening on the subject of modern Christians' beliefs, and frankly, it gave me cause for concern and alarm.  So let's consider some of the findings of this research... 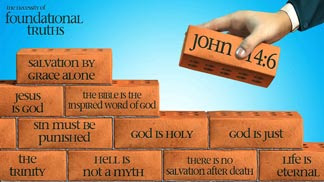 As stated from the outset, the research attempted to discern "the beliefs of Americans about God, salvation, ethics, and the Bible in a way that goes beyond simple labels and religious affiliations."  The first topic they approached was Evangelicalism, which is based on the idea that religious salvation can be achieved through adherence to the Word of God as delivered through the Bible.  Among those involved in the survey who self-identified as Evangelicals, the research showed something quite alarming ... that "many self-professing evangelicals reject foundational evangelical beliefs. The survey results reveal that the biblical worldview of professing evangelicals is fragmenting. Though American evangelicalism arose in the twentieth century around strongly held theological convictions, many of today’s self-identified evangelicals no longer hold those beliefs."  As proof of that statement, consider the two following statements ...
Statement #6:  God accepts the worship of all religions, including Christianity, Judaism and Islam.  Finding:  46% of self-identified evangelicals agree or somewhat agree with this statement.
The Truth:  The heart of the gospel is the truth that Jesus Christ alone is the way, the truth, and the life, and that His work alone accomplishes our redemption.  This statement undermines the exclusivity of Christ as the only source of our salvation.  The fact that nearly half of the surveyed group of evangelicals agreed with this statement shows how the foundational doctrine of our faith is crumbling.
Statement #18:  By the good deeds that I do, I partly contribute to earning my place in heaven.  Finding:  36% of self-identified evangelicals agree or somewhat agree with this statement.
The Truth:  Salvation is by grace alone, through faith in Christ alone.  Over 1/3 of these evangelicals believe that their work is possibly as important as the work of Jesus.  Can you see the emergence of self-worship beginning to raise its ugly head?
Another area in which Lifeway Research uncovered conflict among these evangelicals was when they were asked to compare the validity of the Bible against the claims of Science. The research revealed that not only is there a great amount of confusion, but contradictory beliefs are quite common.  For instance, 43% of people who agree that God is the author of Scripture also agreed that modern science discredits the claims of the Bible.  It seems that Americans both consider the Bible to be a Divinely authored Book, and at the same time see the Bible as a book that fails to measure up to twenty-first century understanding. This issue is crucial for evangelicals and the Body of Christ!  Because the authority of the Bible is the first and fundamental link in the chain of our belief system, if it weakens, the whole chain of beliefs will collapse.
This is a direction that should greatly concern us!  I can see the efforts of the Enemy to infiltrate our hearts; sowing doubt, confusion, and alternative answers and ideas.  Then, from our corrupted hearts flow false thoughts that undermine God's Truth as spoken in His Word.  And the decay is rapidly growing.  Did you know that in 2014, 40% of professed evangelicals agreed with the following statement:  An individual must contribute to his or her own effort for personal salvation.  Today, in 2016, 50% agreed with that statement.  That's a 10% increase in only two years!   Not only are American evangelicals adopting wrong beliefs, but they are growing stronger in keeping that false religion.   At this rate, there will soon be no acceptance of Christ's redemptive work on the Cross.
Without understanding exactly why Jesus paid our debt, or what that debt involved, it should come as no surprise that our culture is deteriorating when it comes to morals and ethics.  As we see evangelicals slipping away from foundational beliefs, we also see them rejecting biblical teaching on Christian living.   As the Church loses its hold on the culture, the public arena is taking its place, and people are sliding into sin. 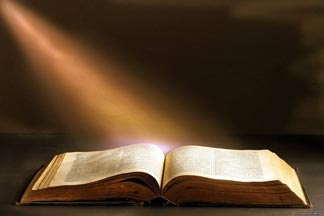 When evangelicals who professed to attend church once or twice a month were presented with the statement, "Sex outside of traditional marriage is a sin", only 52% agreed with that opinion.  Likewise, only 48% of this same group of evangelicals agreed with the statement, "Abortion is a sin".  Then there are the questions that would never have appeared on a survey of Believers just 25 years ago; questions such as "The Bible’s condemnation of homosexual behavior doesn’t apply today".  The findings showed that 30% strongly disagreed with this statement, but nearly as many (25%) agreed with it, with 31% falling somewhere in the middle.  And the statement, "Gender identity is a matter of choice" only garnered 35% who strongly disagreed.  I contend that only 50 years ago, all these questions would not even have to be asked to know where the Body of Christ stood on these issues.
I have only scratched the surface of the findings of this research study, but I think you are getting the picture.  Americans are less likely [today] to hold a committed stance on their beliefs and the foundation of their faith.  Half of Americans believe the Bible is the written word of God, but a similar number believe the Bible is open to each person’s own interpretation. While more than 4 in 10 agree the Bible is accurate, almost as many believe it is not literally true.  Those numbers are disgraceful, and deeply sadden me.
What should be even more frightening is what Americans believe when it comes to heaven and hell.  Would it surprise you to know that 60% of those surveyed agree “Heaven is a place where all people will ultimately be reunited with their loved ones"?  Or that only 40% agreed with the statement, "Hell is an eternal place of judgment where God sends all people who do not personally trust in Jesus Christ"?
Perhaps the saddest answer of all the statements revealed that only 50% of all Americans agreed that "God is a perfect being and cannot make a mistake".  (97% of Evangelicals agreed with the statement).  Only 40% of all Americans agree that "Jesus is truly God and has a divine nature, and Jesus is truly man and has a human nature".  (85% of Evangelicals believe this).  So my obvious question is, What has happened to that 15% of Evangelicals who don't agree with that statement?!?  How has the Church failed them?  Where have we gone wrong?
And the last area I want to discuss is that of our eternal salvation.  Only 40% of all Americans believe "Jesus Christ’s death on the cross is the only sacrifice that could remove the penalty of my sin".  A mere 33% of all Americans believe that "Only those who trust in Jesus Christ alone as their Savior receive God’s free gift of eternal salvation".  Interestingly, when it came to those two statements, it was African Americans who were the strongest believers in those truths (78% strongly agreed with the first statement, and 73% with the latter).  Makes me wonder where the other races have gotten off track.
Ultimately, this entire project is a sad picture of the diminishing faith in our foundational doctrines and in the Word of God.  The word "evangelical" seems to no longer represent unwavering trust and confidence in the supremacy of God or His precepts.  And I think we can all see that there is a great deception being perpetrated upon the hearts and minds of all Americans -- both those who are among the faithful and the unsaved.  The Enemy is the Father of Lies, and he seeks to mislead and confuse; even among those who profess faith in Christ.  We must bind up our hearts with God's Truth and keep the Sword of the Spirit ever at the ready; never taking off our spiritual armor, but constantly reinforcing it so that our salvation, righteousness, and peace are guarded.  Then we must stand our ground with our shield of faith, trusting and having confidence in our Lord to deliver us, while acknowledging His faithfulness to protect us from the fiery darts of the Enemy.
This is a spiritual war being conducted upon all mankind; and this research, completed in 2016, shows us that with each passing year, our battle becomes, not only more important, but more daunting.  We, who have steadfast faith in Yeshua, know that we win in the end, but the lives of so many others are at stake.  It is incumbent upon us to share the Grace and the Gift of Salvation that we have received.  No matter what the results of this survey, or the conclusion of 2017's research, we know God always works with a remnant.  Let us determine that we will be a part of that remnant; that nothing in this realm or the next will deter our commission and our obedience to our Lord.  He knows the final numbers and I want to be counted among those who will rule and reign with Him!

Thanks to the website, Pulpit and Pen, for making the results of this survey available.

1 Corinthians 3:10-11   "According to the grace of God given to me, like a skilled master builder I laid a foundation, and someone else is building upon it. Let each one take care how he builds upon it. For no one can lay a foundation other than that which is laid, which is Jesus Christ."