The Spirits of War

As someone who has a member of my extended family engaged in the ongoing war in Iraq, I don't have to tell you that I worry about the toll it will take on members of our military and their families.  As I have gotten more involved with spiritual warfare, it has become quite clear to me that the spiritual entities behind our nation's wars have impacted generations of Americans.
I am the daughter of a WW II veteran and although my father never showed any outward ramifications of serving in the Navy in the Pacific, I cannot believe that any 17-year-old who enters a war comes home unscathed.  And I recently ran across a testimony on Omega Letter by, I believe, Jack Kelley.  He related how he feels unworthy to be a spokesman for God (I can certainly relate to that statement!), and how he is far from someone who should be held up as a "model Christian" (again, I can identify).
But it was the story of his relationship with his dad, who was also a member of the Greatest Generation and served in the last World War, that caught my attention.  He recounted the years of bad blood between him and a father he could never get close to.  Maybe it was the years his father spent in an orphanage, before escaping at a tender age and becoming a Depression-era hobo. He 'rode the rails', living in hobo jungles for much of the 1930's. In 1939, he enlisted in the Royal Canadian Regiment and shipped out for England.
Maybe it was because his father fought in the first battle against the German-occupied port of Dieppe in 1940; or that he fought in North Africa, was wounded in Sicily, participated in the Normandy Landing on June 6, 1944, fought his way across France, and was among the troops that liberated the Nazi death camps at Dachau.  That is a lot of war and human suffering to experience, and it must have left deep spiritual wounds. 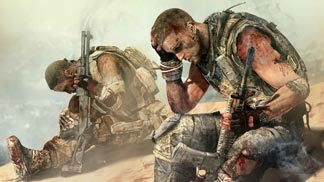 Psalm 68:30  "Rebuke the beasts that dwell among the reeds, the herd of bulls with the calves of the peoples. Trample underfoot those who lust after tribute; scatter the peoples who delight in war."