This Is What A Sheep Nation Should Look Like... 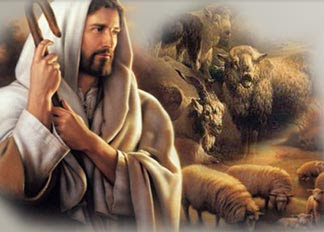 I think I would be hard-pressed to find a God-fearing Christian who does not accept the possibility that we are experiencing the last days of this age; that the Day of the Lord will soon be upon us.  So, how should we be preparing for that day, when "the Son of Man comes in His glory" and establishes His Millennial Kingdom on earth?  How should we be occupying our time, given that Scripture tells us that He will gather all the nations before Him, and "He will separate people one from another as a shepherd separates the sheep from the goats"?
Because the Bible tells us that the nations designated as sheep will be placed on his right -- the traditional position of favor and blessing -- then for sure, I want to be a member of a sheep nation going into this newly established Kingdom.  Why?  What is the benefit of being part of a sheep nation?
First of all, the sheep nations will be blessed by God the Father and given an inheritance because of the good works they exhibited while ministering to others -- they fed the hungry, gave drink to the thirsty, clothed the naked, welcomed the stranger, and comforted the sick.  That being said, I want to make sure you understand that Jesus is not rewarding them with eternal salvation because of their works.  Rather, they will inherit rewards in this new Kingdom as a result of the good works they do (bearing fruit) in this life, and as a consequence of their salvation.  We must understand that, at this future time, the Church Age (in which we now live) has ended.  A new age, with Jesus living and reigning on earth in His Millennial Kingdom, has begun.  We will be rewarded, if we are members of a sheep nation, based on what we did to honor our gift of salvation (and Him) in this current age.
So, are the acts of kindness listed above the only expectations that Jesus has for us during this particular age?  If I want to be gathered among the sheep nations, what should I (we) be doing?  Well, with the new direction and revelations that the Holy Spirit is showing me, I have a few ideas that could influence our inheritance...
Obviously, the physical requirements of those in need should be met:  food, water, clothing, shelter, help in times of illness.  But I believe our King is looking for a greater expression to separate us from the goat nations in His future Kingdom.  For His Kingdom is not only the actual physical realm of His throne on the earth, but the spiritual realm of His rule in our hearts right now!  From that perspective, we should be focusing our efforts on the future harvest of Believers.  There is a war right now, on earth and in the spirit realm, for the souls of the unsaved.  Are we participating in that war?  Are we interceding on behalf of all people (1 Timothy 2:1), that they might come to the knowledge of the Truth?
Are we only relying on the sharing of the Gospel message to transform our societal structures -- or are we doing more; are we exercising our power and authority, working with the Holy Spirit, (as Jesus commissioned the Apostles and those who believe in Him), to battle the rulers and principalities and forces of wickedness that reside over earthly governments to keep their people in bondage?  We need to be doing more -- if we want to receive our full inheritance!  It's going to take more than praying for people; more than the telling of salvation through the grace and faith in Jesus's death for our sins and His glorious resurrection to eternal life.  That is a good and necessary thing for people to hear, but it's going to take us shaking the foundations of this complacent and restrained Body of Christ so that they can come into the power of their salvation ... the same power that raised Jesus from the dead is at our disposal through the Holy Spirit.  Why are we not expecting signs and wonders and miracles?  Why is Deliverance and Healing not a part of every ministry of Jesus followers?  That was the power of God displayed through the man Jesus, and in the Early Church.  It's what He did while on earth, and it should be the distinctive characteristic of every believer today.
Yes, we need to break into new territories with the Gospel Message, and reach those who have never heard the Word.  But it is my opinion that the Gospel Message includes the power to set people free from spiritual bondage, and the wonders of both physical and spiritual healing that can come to people with the full revelation of Jesus and what He has done for us, and what He can still do through us. 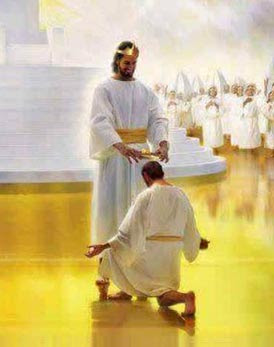 I want to close by saying that entering into the manifestation of a physical Kingdom of God on earth as a member of a sheep nation is more than about achieving salvation; it's about receiving crowns as inheritance (rewards) for believers -- it's about how we "ran the race" -- and these crowns are our inheritance:  The Imperishable Crown for faithful endurance; The Crown of Rejoicing which will be the reward of those who rejoiced in the blessings bestowed by God, even in the midst of the pain and sorrow of this life; The Crown of Righteousness, inherited through the righteousness of Christ, promised to all who love the Lord and eagerly wait for His return, and fervently desire to be with the Lord; The Crown of Glory, inherited by those like Stephen who, while being stoned to death, was able to look into the heavens and see the glory of God; and The Crown of Life, which is for all believers, but is especially dear to those who endure sufferings, who bravely confront persecution for Jesus, even to the point of death.
The bottom line is this ... there is a growing sense that darkness is invading our world, and while the Kingdom of God exists in our hearts and is revealed through traditional Church methods and systems, there is the need for a new expression of the Kingdom; perhaps a recognition of the original supernatural power of the Church to reach the unsaved.  That era was marked with the extraordinary energy and might of the Holy Spirit to help the followers of Jesus challenge the conventions of the day; and the sheep were easily distinguished from the goats.  Sadly, it is my opinion that the Church is attempting to become more like the world, instead of differentiating itself from the world's temptations.  How will Jesus look upon the Church that seeks to adopt the world's permissive attitudes and customs regarding marriage, sexual identity, the unborn child, or other gods?  Aren't the sheep becoming more like goats?  And how will they be received into His Kingdom?  That's a serious question, and I, for one, pray that He sees me as separate, distinctive, and world's apart from those He rejects ... literally!

Daniel 7:14   "And to Him was given Dominion and Glory and a Kingdom, that all peoples, nations, and languages should serve Him;"
Posted by Pam Kohler at 7:00 AM

Email ThisBlogThis!Share to TwitterShare to FacebookShare to Pinterest
Labels: The Bible, The Church, The Kingdom of God