The Prayer of Jabez Revisited

Remember about 20 years ago when the Prayer of Jabez took Christianity in the United States by storm?  It was like this one small verse was newly discovered to offer powerful insight and encouragement to the modern Believer.  It was a small book, written by Bruce Wilkinson, and for some reason the Holy Spirit has been bringing it to my mind over the last few days.  It actually took me a little while to recall the exact message that I took away from the book.
And then I remembered ... like most people at the dawn of the new millennium in the year 2000, I was focused on my own well-being and my future.  Although, I had been a Christian for over 12 years, I was still struggling to find how Jesus fit into my worldview and how I was supposed to incorporate Him into my everyday life.  After all, my husband was trying to establish his art career, and I had all the worries and insecurities that came from managing on one paycheck.  Trusting Jesus was something I knew I was supposed to do, but how was I supposed to accomplish that when I couldn't see Him in the midst of my doubt and unbelief?  Then that little book with it's promising title appeared on the scene ... The Prayer of Jabez: Breaking Through to the Blessed Life! 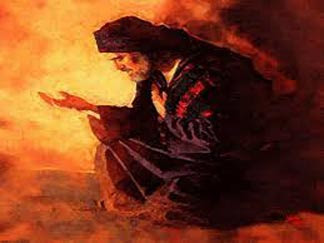