Satan Knows Us Better Than We Know Ourselves.

I ran across an article in The Washington Post which took me on a bit of a crazy ride... from the After School Satan Club to Dr. Charles Kraft, the evangelical Christian apologist, anthropologist and linguist, with whom I received my first training in the work of inner healing and spiritual warfare.  Let me show you how I got from point A to point B...
The article, titled An After-School Satan Club Could Be Coming To Your Kid’s Elementary School, was certainly alarming enough to catch my eye.  The article seemed to center around the conflict between the leaders of the Satanic Temple and those who they see as their primary foe, an evangelical Christian after-school program known as The Good News Club.  While I obviously knew that I didn't support the activities of the Satanic Temple's after-school program, I expected that I would naturally be drawn to the Christian-oriented curriculum.  But not so fast.... 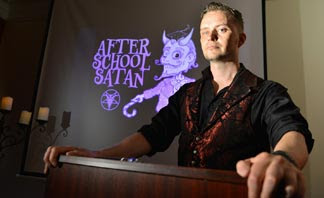 At the foundation of the conflict is the First Amendment, which the Satanic Temple (ST) has used to their great advantage in recent years.  They point out that Christian evangelical groups already have infiltrated the lives of America’s children through after-school religious programming in public schools, and they appear determined to give young students a choice: Jesus or Satan.
The current approach by the ST to introduce Satan as an after-school choice is the result of the 2001 Supreme Court case where The Good News Club was the plaintiff in Good News Club v. Milford Central School, 533 U.S. 98 (2001).  The plaintiff, represented by powerful legal advocacy groups on the religious right, including the Alliance Defending Freedom and the Liberty Counsel, held that the club was entitled to the same access as other groups, like the Boy Scouts, to provide after-school programs designed to promote "moral and character development" to Milford School's elementary children.
Over the ensuing years, the ST has successfully fought for their First Amendment Rights, and in 2014, after the Supreme Court ruled that the regular recitation of prayers before town meetings did not violate the First Amendment (provided that towns do not discriminate among religions), the Temple decided to test just how much religious liberty towns would allow. They volunteered to perform a Satanic benediction in an Arizona town where the board had regularly opened with a Christian prayer. In that case, the town preferred to abolish the practice of opening prayers.
That is how we got to the present conflict.  The ST maintains that if public schools can offer after-school programs in what they see as "indoctrination, [and] instilling children with a fear of hell and God’s wrath", then they are free to offer after-school programs that "focus on free inquiry and rationalism."  You see, here is what they want you to believe:  "the group’s plan for public schoolchildren isn’t actually about promoting worship of the devil. The Satanic Temple doesn’t espouse a belief in the existence of a supernatural being that other religions identify solemnly as Satan, or Lucifer, or Beelzebub. The Temple rejects all forms of supernaturalism and is committed to the view that scientific rationality provides the best measure of reality".
So, that's what they say they believe.  But I am here to tell you that whether they believe in the devil or satan or Lucifer is not the primary point; there is a very real dark and demonic and powerful spirit behind the formation of such groups as The Satanic Temple.  They can say that  “Satan” is just a “metaphorical construct” intended to represent the rejection of all forms of tyranny over the human mind, and all they want is to promote the belief or theory that opinions and actions should be based on reason and knowledge rather than on religious belief or emotional response... scientific rationalism and "free inquiry".
But all you have to do is watch this video at their website, and you will see the image and statue of Baphomet prominently displayed; (Baphomet is the goat-headed pagan deity most closely associated with occultism, ritual magic, witchcraft, Satanism and esoterica).  Appropriately enough for the After-School Satan Club, the video promotes the image of adoring children looking upon the goat god as he entices them to come under his influence. 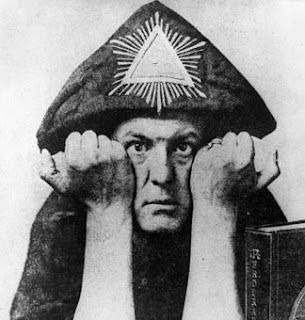 Also, I noticed that the video contained several frames of children and people running and walking backwards.  My spirit was not content to dismiss this as just a technique to enhance the video, so I did a little research.  It seems that this was a practice called The Law of Reversal, promoted by Aliester Crowley, the master occultist who lived from 1875-1947.  Crowley taught his students that those who want fame, power, spell-casting abilities, demons at their beck and call, and [the ability] to recognize the godhead within; as well as to know the past, present, and future, must consistently, with intensity, practice talking (reverse speech), walking, thinking, and playing phonograph records, backwards.  (Anybody of my generation remember the Beatles using this technique, or trying to play records backwards)? This is a form of divination, and we are warned against this in the Holy Bible.  So, so much for this not being about belief in satan.
But I want to get back to their claim that this after-school program's agenda is all about rationalism instead of religion.  It is apparent to me that satan is after the next generation of kids.  My generation, and the one right after us, are quite possibly the last generations to be really schooled about Jesus.  The Millennials don't seem interested in Him, and seem to be buying into the devil's mantra of "Do as thy will", instead of "Do as God wills".  This ties right into the trend of our educational system and our growing cultural bias -- an aversion to critical thinking, or another way to put it: they object to a factual analysis and evaluation of an issue in order to form a judgment... it's all about the freedom of the individual to decide for themselves.  This all comes as a result of the breakdown in the family.  Our children should never have to stay after school to learn about Jesus.  It should be an important part of instruction received at home from their parents!
That brings the After-School Satan Club in direct opposition to the Good News Club, which like I said, I thought would provide children with an age-appropriate education through their Bible lessons, songs, Scripture memory and discipleship training to build character and strengthen moral and spiritual growth.  All that sounds good and much more preferable to what the Satan Club is offering.  But then I began reading reviews and some concerns arose ... it is possible that the message is a little harsh for small children and children who are otherwise unschooled in the Bible; messages that promote ideas such as, "You deserve to die and be separated from Him forever because of your sin".  For example, in one of the books called Esther which is used as part of the lesson plan in The Good News Club, the teacher discusses that anytime the child disobeys their mom or dad, they are sinning; just having a bad attitude about something they have asked you to do is sinning ... this is followed up with the admonishment that "The punishment you and I deserve for our sin is destruction—separation from God forever in a terrible place called Hell... many people are on the road to destruction".  That's a little bit strong for an elementary student, don't you think?
Then there's even another alternative called The Young Skeptics, which is sponsored by The Better News Club (BNC), which is in opposition to The Good News Clubs.  The BNC/Young Skeptics calls the Good News Club a form of child abuse, using fear tactics and Christian extremist tactics to get across their theology.  The goal of the Young Skeptics is to provide children with an alternative, and scientifically based, view of the natural world around them.  Religion is not discussed in Young Skeptics sessions, nor is atheism.  Young Skeptics' curriculum is based on scientific discovery and evidence-based decision-making.
So, while I am definitely against the Satan Club, I'm not enthusiastic about the Good News Club, and see the Young Skeptics as falling far short of Biblical knowledge and training.  They are all flawed systems, in my opinion.  So, here's the way I see it:  as rampant as rationalism and the occult is becoming in our culture, the Church is actually defeating itself.  By rejecting the supernatural aspects of God and the Bible, groups like The Satanic Temple are taking advantage of our ignorance; projecting rationalism in the natural world, and focusing on the universe and science.  And all the while, in the background they are applying principles "on earth as it is in Hell", and promoting spirit-led and supernatural rituals and exercises like those espoused by Aleister Crowley. 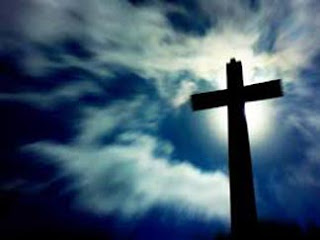 If the Church doesn't learn how to fight in the spirit, and in the spiritual realm, then "on earth as it is in Heaven" becomes just "as it is on earth".  We see evidence of this in pastors who don't believe in the gift of healing or spiritual warfare because it's "too uncomfortable" for people.  And groups like the Young Skeptics are just adapting to become "of this world". The result: satan wins.
This finally brings me to the thoughts and opinions of the venerable Dr. Charles Kraft.  He says that the Church is promoting a form of "Naturalistic Christianity" ... most of the answers to our questions are secular, and the Church promotes it's particular denominational doctrine and if a few people get saved along the way, that's OK.  Evangelical Christianity offers little discussion or practice of the miraculous dimensions that lead to a rediscovery of the ministry of Jesus.  Therefore, we have a knowledge-oriented Christianity in this country, but we don't know anything about the power of our faith.  We only have approval from society if we stay within the realm of providing knowledge and information... because society is knowledge/science oriented.  We are under pressure from society to conform to this position and to stay in line with the world.
So, satan is working through groups like The Satanic Temple and programs like the After-School Satan Club because they feed into society's belief system about itself; i.e., that we are a science-oriented, knowledge-based society.  Where is the power of the Church?  And when will we learn who we really are ... created to display the power and authority of the Son of the One True God?  I, for one, am claiming my true identity!

1 Corinthians 1:18          "For the message of the cross is foolishness [absurd and illogical] to those who are perishing and spiritually dead [because they reject it], but to us who are being saved [by God’s grace] it is [the manifestation of] the power of God."