How Jesus Is Leading Me To His Truth

I feel compelled to make a personal statement that I hope will provide encouragement and direction to those of you, who like me, find themselves as the square peg in the Church's designated round hole.  When I self-identified as "a misfit" [in regard to how I fit into the structure and theology of today's institutionalized religion], I got a few comments from those who recognized themselves, as well.  But I have a pretty good idea that if you are among the 1,000+ readers who actually read yesterday's post, then there are likely more of you who sympathize with Anonymous, who said, "... it is becoming more and more clear I have no "place" in my church. I am discouraged from seeking answers beyond the "base or pat " answers that the leadership has determined is the ''right" answer. This is so frustrating. I find that church for me has to be in a blog like yours or in an online forum where people like me are gathering in droves to find some semblance of the truth. What does this say about the condition of the church? I feel guilty about rejecting the church but what if there is nothing there to minister to me?" 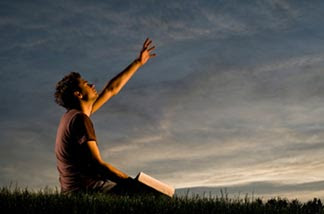 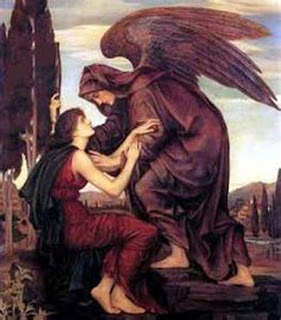 That led to more questions, about the conflict between "the seed" of Eve and "the seed" of the serpent and all that suggests.  I then became aware that the attempt to explain away the possibility of fallen angel hybrids by inserting the Sethite view, just didn't make sense.  (Click here for my post on how I believe the Church has gotten this wrong).  All of a sudden, I could see how satan tried for centuries to pollute the gene pool of mankind with the wicked DNA of fallen angels so that Jesus's line would become impure, and He could not be born.  It explained so many other things in the Bible that didn't make sense ... For instance, why Daniel, when explaining the feet and toes of the statue in Nebuchadnezzar's dream, said, "Whereas you saw iron mixed with clay, they shall mingle themselves with the seed of men; but they shall not cleave to one another, even as iron is not mixed with clay."
In my research, I discovered that "clay" signified people.  But what was miry clay?  Miry clay is clay made from dust; Dust symbolizes Death in Job 7:21, Job 10:9, Psalm 22:15, and many other places throughout the Bible.  And who is the "they" referenced, who mingle themselves with the seed of men  .. obviously, something (or someone) other than the seed of men (human).  That takes me right back to Genesis 6!  And, Daniel is stating a prophecy about the future!  Does that mean he is predicting what happened in Genesis 6 will happen again?  Will there be a mingling of mankind's DNA with something alien to the human species?  Suddenly, all the modern scientific interest in transhumanism comes into view and has great Biblical significance!  (Click here for my post tying all this together).
I could spend hours showing you every dot that God began to connect for me.  Just this one concept of looking deeper at the serpent led me to the Nephilim and all their implications throughout the Bible ... in Genesis 14:5-7, reference is made to Chedorlaomer, and the tribes of Rephaim, Zuzim, Emim -- all giants; in Genesis 23, the town of Kiryat Arba (where Abraham buries Sarah) means "town of four giants"; in Amos 2, God reveals that the Amorite tribe consists of giants; and we now have a broader picture of just who Goliath was, and why it was significant that David killed him.  What's more, as I further researched the tribes that God ordered the Israelites to destroy in the land of Canaan, they were all revealed to have impure bloodlines.  Now I understood why God ordered them all killed and for the Israelites to not marry foreign peoples... the bloodline must remain pure for Jesus to come into the world!
While I have railed about all the negative impact of technology and how satan has used it to deceive us, I've never forgotten that what was meant for evil, God uses for good.  The internet is a very useful tool to start you on your path (always remembering to discern if it is pointing you to God's truth, or man's opinion).  The ability to research the Jewish language and the writings of Jewish historians in regards to the Torah was immeasurable in researching all the above.
Needless to say, over the past five or six years, I have spent countless hours in my Bible and reading reference books, commentaries, and looking up the original Hebrew meanings and context of Bible passages.  It has been important to study the historical commentaries of Matthew Henry, compare them to the modern exegesis of David Guzik, and then contrast them with what the Holy Spirit reveals to me in the Word.  And it has been a blessing beyond measure!  All those questions that I never dared to ask in my Church -- either, because I feared they would be frowned upon as heretical; or they could not be answered from a lack of interest or knowledge -- I have felt the freedom to pursue on my own.  I cannot encourage you enough to start your own journey.  It is as easy as opening your Bible, getting a Strong's Concordance and beginning to look up words that you have taken for granted.  Look up the meaning of all those obscure, unpronounceable names in the Old Testament and I promise you the Holy Spirit will remove your own cloudy veil and open your eyes to new and profound revelations!  And, as always, I am open to discussion and questions... I am not an expert, nor a scholar; but I am a disciple of Christ and eager to share my awakening to the immense knowledge that our Lord is just waiting to give you!  The Bible is a treasure trove of information about the God who created us.  I want to thank Anonymous for daring to ask about how my journey began.  Now it's your turn.  All you have to do is open the Word, begin reading, and the Holy Spirit will reveal the Glory of our Great God!

2 Timothy 2:7   "Think over the things I am saying [grasp their application], for the Lord will grant you insight and understanding in everything."

Email ThisBlogThis!Share to TwitterShare to FacebookShare to Pinterest
Labels: The Bible, The Church