Does Your Spiritual Armor Have Dents In It?

Yesterday's post tackled the hypocrisy of our spirits; when there is an imbalance between the false image we project to the world, and the true state of our inner spirit.  When such a disparity exists, then we are ripe for bondage to satan, and we are ineffective as a spiritual warrior for the kingdom of God.
Today let's consider the possibility that some Christians understand the need for spiritual warfare, and the fact that there is a battle raging in the spiritual realm -- a battle that, as Christian soldiers, they are called to engage in.  But for whatever reason, they face barriers to putting on the armor of God, and are willing to just sit on the sidelines, unprotected.  Note:  it is God's armor that we put on -- not our own!  We are actually protecting ourselves with weapons that belong to God; that are part of Him, and keep us "conformed and transformed" to His image.
So what are some issues that would keep us from putting on this armor and getting into the fight? The first thing to consider might be indifference or apathy towards the fight.   This attitude is expressed by Christians who just aren't interested in fighting, or who think that it is unnecessary to fight ... "God is in control, and there is nothing we can do to change His will" kind of people.  They feel like the fight is not theirs, that all the combat is between God and the devil; they are just on the sidelines waiting for the Big Boys to duke it out ... besides Jesus has already won, right?  The victory has already been declared, so what is there to fight about?
So why does the Bible tells us there is continual conflict with evil, and to "fight the good fight of the faith"?   We must push back against the forces of evil, and that calls for a fight!  It's not about aggression and militancy; it's about God first loving us, and then us loving others so much that we are willing to fight for them to enter the kingdom with us.  You can't be apathetic and uninvolved, and expect to beat the enemy. 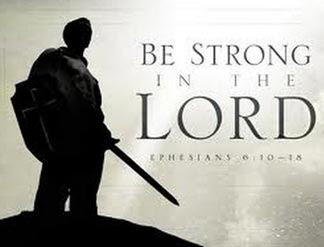 Psalm 18:39    "For You have encircled me with strength for the battle; You have subdued under me those who rose up against me."