When Will We Take Back Our Dominion?

This topic of dominion is not only a contested subject matter, but a confusing one for most Christians.  By definition, Dominion means sovereignty or control.  And in today's post I want to discuss the dominion of the earth, and who owns it?  Who controls the earth -- God, man, or the devil?
The Bible addresses this question from the very beginning.  In Genesis 1:26, we read Then God said, “Let us make man in our image, after our likeness. And let them have dominion over the fish of the sea and over the birds of the heavens and over the livestock and over all the earth and over every creeping thing that creeps on the earth” (ESV).  Other translations of the Bible substitute the words complete authority or rule for the word dominion.  But you get the idea -- God, Jesus and the Holy Spirit, during the creation process, transferred their authority or dominionship of what They created over to man. 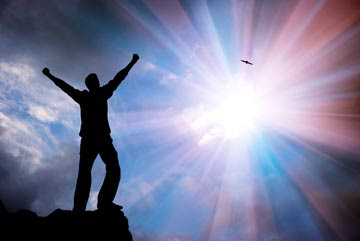 We have further affirmation of this understanding from Psalm 115:16, which says The heavens are the heavens of the Lord, But the earth He has given to the children of men.  Seems pretty cut and dried to me!  Adam and Eve had dominion of the world until Satan convinced them to hand it over to him through his clever deception.  But here's the thing ... Psalm 115:16 says that God HAS given the earth to the children of men; it does not say God HAD given the earth to the children of men.  I believe Dominionship of the earth is a right we can take back, and we can cancel that agreement made way back in the Garden of Eden.  Follow my thoughts for just a moment ...
Remember how satan tempted Jesus in the wilderness and took Him up on the high mountain and showed Him all the kingdoms of the world in one moment of time?  And what did the devil say to Him?  All this authority (dominion; sovereignty; control) I will give You, and their glory, for this has been delivered to me, and I give it to whomever I wish.  It wasn't God who delivered the authority or dominion of the earth to the devil, it was Man!
And since that time, there has been a long battle for authority over the earth.  But here is what Christians need to understand:  that battle, which began in the Garden was finished at the empty tomb.  Jesus, as God in the flesh, came to take that authority back and fulfilled His purpose with His death on the Cross!  And with the victory of His resurrection, our Lord assigned His authority back over to us!  Doesn't Scripture record Jesus saying,  “All authority in heaven and on earth has been given to me."  And doesn't Scripture further say, For in Christ all the fullness of the Deity lives in bodily form, and you have been given fullness in Christ, who is the head over every power and authority?  In other words, Jesus, having received all authority and power, in turn, delegates that authority to His Believers.  It is part of our "fullness" in Him!  And that authority is not to be used at our own will or for our own pleasure.  We are to submit ourselves to the authority of Jesus and be used by Him as He wills.  So having the authority of Jesus within us in the form of the Holy Spirit, we are to model ourselves after Jesus and do as He did -- obey the will of the Father in all things, knowing that we are exercising His authority and power.
But can you discern that even to this day, the Enemy actually gets the children of men to continue to give up their authority -- even though Jesus took that authority back and fulfilled His purpose (and the will of the Father) with His death on the Cross, and then passed that authority on to us, His Believers.  Why is it so hard for us to understand that as co-heirs with Christ, the devil has no authority over us?  Why do we continue to let him whisper lies to us and render us powerless?
Yes, man surrendered his dominion through Adam, but Jesus took it back by restoring our relationship with God through faith in Him.  In that process, our dominion on earth was also restored. We don't have to bow down to satan and suffer his slings and arrows.  After Christ's victory on the Cross, we regained our authority on earth (through Him) and we were designed to rule and reign right now -- not wait until the Millennial Kingdom or the new Heaven and Earth.  Reigning with Christ now requires acknowledging Jesus's authority in our life and His transference of that authority and power to those who follow and obey Him.  Sadly, most Christians have been deceived by the devil into thinking he still has authority over them.  It is those who don't know Jesus as their Savior who don't have the power or knowledge to dispute his lying tongue.  Those who know our Lord should know their position in God's Kingdom and be able to effectively battle the enemy and call his bluff.  We need to start exercising the authority and dominion that are rightfully ours.  Yeshua paid a heavy price to regain them and return them to us.  Let us honor and glorify Him by fulfilling our identity in Christ.

Revelation 5:10     And You have made us to be a kingdom [of royal subjects] and priests to our God; And we shall reign on the earth.
Posted by Pam Kohler at 7:00 AM

Email ThisBlogThis!Share to TwitterShare to FacebookShare to Pinterest
Labels: The Bible, The Church, The Supernatural