The Loss Of Critical Thinking and What It Is Costing Us

I recently read an excellent article by Daniel Juster, an author and Jewish religious leader.  His topic explored the state of our higher education and this generation's loss of real critical thinking skills.  Like him, I have often heard that college students of today are among the most educated in history.  But what are they educated in?  If it is how to navigate the latest in electronic devices, or complex technologies, then I would have to agree.  But are those the skills that will make them good citizens of the world, or productive and moral leaders of tomorrow?
It seems to me that there has been a "dumbing down" of our cultural history.  The cultural knowledge has suffered from a lack of teaching on how, as a nation, we have arrived at who we are.  And the history part of that knowledge is appallingly deficient.  Juster points out that students cannot even find China on a globe. They cannot grasp many important aspects of World War II, and know barely anything about literature. One young graduate was asked if she knew about Martin Luther. She responded by asking, "You mean the civil rights leader?" He opines that the cultural deposit of the West is simply being squandered. Why?
To begin with, educators like to discuss the differences between Objectivism and Relativism, and throw words like egocentric and sociocentric tendencies around -- highfalutin words that, to me, just mask the failure of our education system to teach old-fashioned critical thinking. 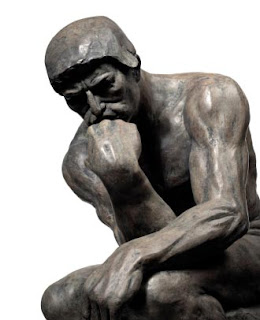 And what exactly is Critical Thinking, and why would the lack of it harm our kids and the future of our nation?  The definition of critical thinking is as follows ... the objective analysis and evaluation of an issue in order to form a judgment.  There's that word objective, which is often disparaged in the halls of our universities.   To be objective is to believe that certain things (such as moral truths), exist independently of human knowledge or perception of them.  In other words, there are truths and values that are definite, unconditional, and unquestionable.
But in this age of relativism, educators are more likely to teach a doctrine or philosophy that knowledge, truth, and morality exist in relation to culture, society, or historical context, and are not absolute.  What that means is that our kids are convinced that they should not judge any religion, culture, art or philosophy as superior to another.  They are taught a whole new set of values that have a sliding scale of relevance, depending on an individual's experience.  And depending on the religious, political, and social experience of a university professor, students may be taught a personally biased view of everything from the Founding Fathers as white male oppressors, to the nation of Israel as a colonial power who is oppressing Palestinians.  What is so hypocritical about these positions is that they will be defended as absolute truths, all in the name of relativism.  That reasoning is so contradictory as to be laughable! Do you see the lack of critical thinking?  The lack of any strict analysis or evaluation?
As an example, feminist leaders of American universities will vote to boycott Israel, when Israel is the only country in the Middle East with full women's rights! Why? Their anti-colonialism simply blinds them to the women who are so oppressed in the Muslim world.  Furthermore, Christianity is despised as judgmental and restrictive, but Islam is to be embraced and respected!
There is no effort made to study our cultural history and to discover that, yes, the Founding Fathers were slave owners.  But their writings disclose their desire to eliminate the abusive system.  Further study would reveal that they transcended the limits of their time and moved history toward greater human rights and freedom. It was a long historical process, and one that established this nation and its moral foundation.  Yes, at times it was rocky and ugly, but when carefully analyzed and studied, the bigger picture emerges and one sees a more balanced perspective.  But without the practice of critical thinking, and an established and accepted set of moral values, where does one find the real truth?  Isn't it then subject to one person's self-directed and self-monitored thinking?  Do you see that society could soon descend into a morass of confusing standards?
But perhaps the saddest aspect of it all is that our kids are in danger of being unable to think for themselves and determine a distinction between good and evil.  They are being taught to submit to the herd; that they should not have an opinion that might offend someone else.  What is evil to one person, may be accepted by another, simply because he chooses to see it that way. After all, it's whatever is relevant to each individual, correct?  But here's the thing ... there IS a definite right and wrong in the world!  Not everything can be relegated to someone's self-determined set of moral codes (or lack thereof).  We must regain the ability to think for ourselves and to examine and compare our own decisions, and those of our leaders, to a high and uncompromising standard of righteous living.  I know just the place to start ....

Email ThisBlogThis!Share to TwitterShare to FacebookShare to Pinterest
Labels: Education, Our Culture., Our Youth, The Bible