What Is Your Litmus Test For President?

We are facing what I believe will be the most important President election in our lifetimes... perhaps in the life of the nation.  We sit at a crossroads.  Never before has our nation seemed so far from God and His principles, and the people so removed from a desire for Him.
Just as the nation of Israel was established with God as their ruler, so was the United States founded with the idea that God would be at the center of its existence.  Say what you will ... that the Founding Fathers were Deists rather than Christians; that they never intended for God to be involved in the governing of this nation ... but there is still enough historical documentation that credits the hand of God on this land.  Whether it is the Mayflower Compact which states that the colonization of America by the Pilgrim leaders was for the glory of God, or the miraculous victories during the Revolutionary War that George Washington credited to God... it is apparent that God was seen as a heavenly ruler.
But just as Israel strayed from their allegiance to God, so has this nation fallen away from following Him.  Israel decided that they wanted what they wanted as men, instead of the path that God take them down as His chosen people.  So, they opted for a king made of flesh; one that would listen to their desires.  We, too, have abandoned His fundamental truths for the desires of our fickle hearts, and it has resulted in such chaos and disorder that we are in danger of demanding a king-like candidate that will listen to our pleas and give us what we want. 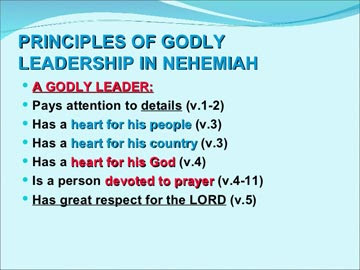 But that's not good enough for me.  Christians are speaking up these days and demanding a return of this nation to our Godly roots, and the candidates are paying attention.  You may have noticed that their rhetoric is including more inferences to God, and Bible verses are becoming part of campaign speech.  But, as Bible-believing Christians, isn't it our duty to be extra discerning when it comes to giving them our vote?  Shouldn't their actions mirror their words?
If a man's deeds do not match his words, then how are we to trust him?  If a candidate says he is pro-life, yet voted to fund Planned Parenthood, isn't that contradictory?  Where is the fruit of his profession of faith?  In politics, words can be changed and altered to fit different positions, but the Bible says that "by our words we will be justified, and by our words we will be condemned."  Our words matter!  And candidates should be scrutinized to see if their words and actions match.
Courting the Evangelical vote is nothing new.  Candidates over the past few cycle of elections have come to understand that it is a powerful and influential voting bloc.  But how many Christians do not hold a candidate accountable when it comes to declaring his/her faith?  Why do we let them slide by accepting their statement that they are a Christian, or they go to church regularly?  Is that all there is to your litmus test?  Why would it not be essential that they openly declare that Jesus Christ is their Lord and Savior?  Doesn't that tell us exactly where their moral center lies?  Anything less than that doesn't convince me of their commitment to God or to Godly leadership.
Finally, we must take seriously the stand they take on social issues.  The last eight years have seen our nation slide deeper into an immoral abyss.  We, and our leaders, have compromised and accepted unbiblical standards of living... and those of us who dare to disagree are becoming targets of verbal (so far) persecution, discrimination, and what would have been illegal actions, just a few years ago.  Where is the candidate that is willing to call abortion what it is ... murder?  And where is the candidate that will declare that same-sex marriage is against their Creator's design for matrimony?  And who is brave enough to say that transgenderism is not okay, and should not be funded by the taxpayers?
This nation once found favor in the eyes of God.  And I believe it was in large part because the people of this nation, and the leaders we elected to govern us, sought guidance from God and sought to follow His moral precepts.  I also believe that the downward spiral we are experiencing today is due to our abandonment of that righteous path.  As much as there are those who don't want to admit it ... we are under judgment for our sins.  If we are to ever return this nation to its previous greatness, we must begin with recognition of our sins, followed by repentance, and the choice of Godly leaders. Do not take this election lightly!  I sincerely believe that the lives, and perhaps the very existence of our children and grandchildren, depend on the next person whom we decide will lead us.  Lord, we want You as our Divine Ruler, and we earnestly pray that You will send us Your earthly representative to guide this nation back to You!

Hebrews 13:7     "Remember your leaders, those who spoke to you the word of God. Consider the outcome of their way of life, and imitate their faith."