Our Youth, The Socialist Message, and The Bible

I have wanted to write about this topic for some time now, but I wanted to make sure that I would be Biblically sound in my assertions.  If you are paying attention to the platforms of the political candidates for President, then you are aware that Democratic candidate Bernie Sanders is an unlikely favorite of the young voters, especially those who will be voting for the first time in 2016.
I say "unlikely", because unlike the last couple of elections in which "young" and "hip" were the enticements to vote, Mr. Sanders is 74 years old, and doesn't appear to be technologically savvy, fashionable, possess exciting energy, or any of the other things that would draw young voters like moths to a flame.  Yet, he appears to have become the Millennial Generation's new champion.  Why? 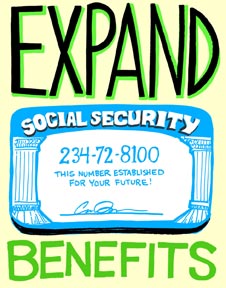 I would assert that these young, emerging voters are in love with an idea they think is tailor-made for their generation ... Socialism.  Sadly, they do not know the historical significance of what that system has done in the world, nor do they realize how it will actually impact them.  They only know that it promises to unburden them from an alarming financial future.
It is actually a good thing that college students and young voters are getting engaged in the political process.  We need the next generation to care about how our country is governed.  I know that there are many of my fellow Christians who believe that the political process will not save us from the rightful judgment that is coming upon this nation -- and I totally agree with that premise -- but until the moment that I see Jesus coming on the clouds, we have to continue to live within this world system, and to abandon all efforts to try and make it as pleasing to God as we can, goes against what I believe God wants from us. 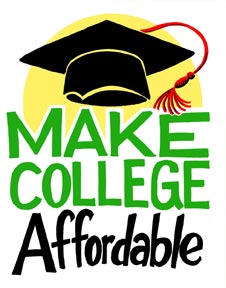 But all that aside, what is it that Bernie offers the Millennials that has them so excited?  First, of course, there is his promise of a free public college education.  But there other issues that has them flocking to his side:  promises of a $15 minimum wage; equal pay for equal work; health care as a right; promises that he will fix America's roads and bridges; reverse climate change; expand social security; and eliminate the "too big to fail" boondoggles that have affected the American economy.  All these issues are important to the future of these young voters.  And they all lead to Socialism, which is a word that has no relevance to these Millennials. 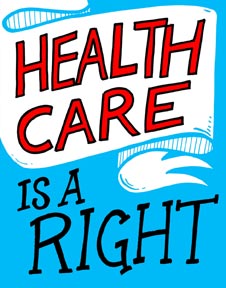 They equate Socialism with compassion and fairness and equality.  As Robert Knight on Barbwire.com writes, "For the past several decades, government public schools and nearly all colleges have touted socialism’s principles of redistribution, racialism and class envy, while declining to connect the dots between socialism and tyranny, examples of which abound."  Bernie Sanders presents a sort of "moral prestige" to Socialism that appeals to the emotions of young voters, who just want to correct the injustices of the generation before them.  We can all identify with that, if we are honest with ourselves.
But what Bernie does not disclose to these voters is the symbiosis between Socialism and Communism, and the historical facts that cannot be denied ... that there has been the extermination of tens of millions of people under socialist regimes such as Stalin in Russia, Mao Zedong in China, and the Khmer Rouge in Cambodia.  It always starts the same way ... a promise of redistribution of wealth and resources from the "haves" to the "have nots", and quickly spirals into loss of personal property, massive taxation, and ultimately coercion, tyranny, and death to millions to support "the State".  Because, we all know, that there is no way that the State can afford to provide for all those people, and so they must be eliminated. 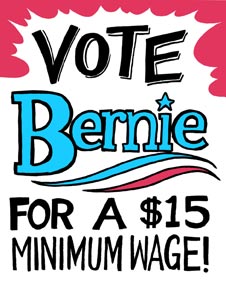 Sadly, Socialism even perverts the Biblical notion of charity.  It takes the Scripture presented in Acts, Chapters 2-5, and turns it into a twisted rationale for empowering the State.   It distorts the teaching of Acts to suggest that early Believers sold all their property and possessions and shared it with everyone, especially those in need.  There are those Socialists who will insist that this is a clear indication that the Bible advocates for redistribution of wealth.  It does not!
A more careful examination of Scripture (and in context of the entire passage) notes that the believers continued to live and meet in their own homes, while engaging in periodic acts of charity as the needs arose.  So they clearly did not sell all their property or possessions.   In fact, Acts 4:34-35 says, From time to time, those who owned land or houses sold them, brought the money from the sales and put it at the apostles’ feet, which implies to me that the charity was voluntary, and they were generous with what they owned, donating when they could, out of the largesse of their households.
I found an interesting article on a website called Institute For Faith Works & Economics, which pointed out that " this early sharing was voluntary, without state coercion, and did not necessitate that believers give up their rights to private property ... While this type of generous giving is a permanent norm, the particular situation in Acts 2-4 seems to have been a temporary response to a particular need [or situation]."
I can understand the temptation that Socialism presents to this younger generation.  They are facing a dismal economic future.  Let's face it, the world is facing a dismal economic future.  And the danger is that Socialism is an old idea being touted as a new solution.  These young voters will not look to the distant past to see how Socialism leads to Communism, nor will they see the implications that are outlined by Robert Knight in his excellent article:  "In recent years, soft totalitarianism (confiscatory taxation and effective seizure of the media and private companies) has characterized socialist-led regimes in South America such as Venezuela, Argentina and Brazil, where once-vibrant economies are floundering. In Europe, “democratic socialism” has weakened many nations, leaving them open to an invasion by millions of Muslim immigrants, some of whom openly advocate turning the former center of Christendom into a trophy of the Caliphate."
Our youth is blinded by a natural, and very real, fear for their future.  And they are attracted to the empty promises of hope, financial aid, and a fair and equitable "system".  But it is the same old temptation of the Enemy, and I'm afraid that this time it will usher in the Biblical End Times "Beast System".  We must pray for the wisdom to impart to our children and grandchildren; to speak God's Truth into their lives.  It is the only thing that will overcome the world's lies and deception.

2 Corinthians 8:13-14    "For I do not mean that others should be eased and you burdened, but that as a matter of fairness your abundance at the present time should supply their need, so that their abundance may supply your need, that there may be fairness."

Email ThisBlogThis!Share to TwitterShare to FacebookShare to Pinterest
Labels: Our Culture., Our Youth, Politics