Is It Time To Believe The Conspiracy Theories Yet?

With perhaps the most important election in our lifetime just months before us, I would surmise that more than a few Americans are contemplating the various conspiracy theories that have swirled around our political and global consciousness for the past few decades.  How many of you are taking a closer look at the speculations that suggest a collusion between secret societies such as the Illuminati and our own presidential candidates?  And if you are a Christian, are you comparing such machinations with the ancient Bible prophecies found in the Book of Revelation?  If you haven't at least given it a thought, then I might suggest that you do a little research.  It's all too intriguing to dismiss. 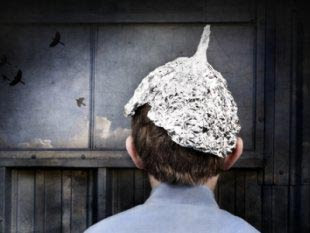 Since beliefs about the Illuminati vary widely, it is important that we agree on exactly who or what the Illuminati is, right?  I found one of the most concise and clear definitions presented on a Christian website called GotQuestions.org.  Here is their explanation:  The Illuminati began as a secret society under the direction of Jesuit priests. Later, a council of five men, one for each of the points on the pentagram, formed what was called “The Ancient and Illuminated Seers of Bavaria.” They were high order Luciferian Freemasons, thoroughly immersed in mysticism and Eastern mental disciplines, seeking to develop the super powers of the mind. Their alleged plan and purpose is world domination for their lord (who precisely this lord is varies widely -- although I will go out on a limb and suggest that it is Lucifer, himself). The Illuminati are alleged to be the primary motivational forces encouraging global governance, a one-world religious ethic, and centralized control of the world’s economic systems. Organizations such as the United Nations, the International Monetary Fund, the World Bank, and the International Criminal Court are seen as tentacles of the Illuminati. According to the Illuminati conspiracy, the Illuminati are the driving force behind efforts to brainwash the gullible masses through thought control and manipulation of beliefs, through the press, the educational curriculum, and the political leadership of the nations.
So, see why there are some that are highly concerned about who our next President might be?  Furthermore, the definition of the Illuminati must include their goals and ultimate objectives.  Again, GotQuestions.org explains:  The Illuminati supposedly have a private board of elite, interlocking delegates who control the world’s major banks. They create inflations, recessions, and depressions and manipulate the world markets, supporting certain leaders and coups and undermining others to achieve their overall goals. The supposed goal behind the Illuminati conspiracy is to create and then manage crises that will eventually convince the masses that globalism, with its centralized economic control and one-world religious ethic, is the necessary solution to the world’s woes. This structure, usually known as the “New World Order,” will, of course, be ruled by the Illuminati.
Now, if you don't know Christ, this should be alarming enough.  And, of course, there are always those who will shout you down with the latest "facts" that come from Facebook, the Huffington Post, the popular international movie star, or the learned college professor with his own twisted agenda.  But with a knowledge of the Bible and what it prophecies, you can see how the existence of such an elite global power would suggest they could be used as an effective tool of Satan to bring about his End Times tyranny and domination.
And, if I might digress for a moment ... for those who laugh off the Masons and their influence as any kind of evil organization, you might want to take a closer look at the oaths they take, and their allegiance to Lucifer and a whole passel of false gods (Baal, Baphomet, Horus, and Apollo among them).  So, if the Illuminati/Mason connection is there, and they have had their fingerprints all over our political elections since the beginning, perhaps we should not dismiss the rumors as conspiracy, and we should start considering how close we are on the path towards the Biblical forecast for the End Times.
Whether it concerns the jihadist invasion of the West; the rumors of Civil and Racial wars; the conspiracy theories surrounding FEMA camps and the Police State; or the Pope and apostate preachers pushing a message that all religions lead to God, it all paints a picture of the wars, famine, death and persecution that the Bible tells us is coming.  Our borders are nearly nonexistent, the world's currencies are collapsing, faith in Jesus is mocked, and governments are in chaos.  Sure looks like the Tribulation to me, with all its signposts of one world-wide government, one currency, no borders, and one world religion.  Are these just all conspiracies, or are they destined to become our reality?  No one can say for sure.
But this I am prepared to say ... if the Illuminati is real and is running their game plan, they will definitely experience the same fate as their lord, Lucifer.  They will be cast into the lake of fire, to be tormented day and night, forever and ever (Revelation 20:10).  And, as Christians, we must not fear.  We must trust that God has sovereignly allowed all these developments, and they are not outside of His overall plan.  God is in control, not the Illuminati!  There is no plot or secret plan that these evil men (through their evil master) could ever devise that would in any way restrain God's hand or His sovereign plan for the world.  We must always remember that we are from God ... and that He will use evil perpetuated against His own to glorify Himself.  There is a purpose for everything that God sovereignly allows.  So, whether conspiracy theory or not, we can take heart!  We who are steadfast in the midst of world chaos and Satan's schemes will declare the Holiness of our God and His Mighty Power.  We will see the schemes of elite men and our unholy Enemy dashed, and all their conspiring and plotting come to naught.
I suppose that it is natural to discuss these conspiracy theories, and debate their veracity and timing ... but I would rather be aware of God's prophetic clock (with an eye towards signs and warnings) and look forward to the day when His judgment comes upon the earth and such evil-minded schemes give way to His Glorious and Righteous Rule.  It's a day that can't come soon enough for me!

Ephesians 5: 12-13    "For it is a shame even to speak of or mention the things that [such people] practice in secret. But when anything is exposed and reproved by the light, it is made visible and clear; and where everything is visible and clear there is light."