"Freedom From The Dark Side"

There are times we have great reason to celebrate that Freedom still resonates within the crumbling facade of America; that people can still champion righteous causes in the Name of God and Freedom.  Today, I want to introduce you to some of those champions.
But first, let me give you a little background ... There has been a faithful remnant within our nation that recognizes that our culture has changed, and not for the better.
We recognize that over the past several decades, that our foundational Constitutional roots and freedoms have been unraveling and disappearing.  We recognize that there needs to be a new dawning of those rights; a re-establishment of God at the center of this nation and its government. 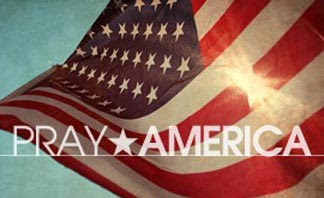 When the Constitutional Convention came to an impasse in Philadelphia in June of 1787, Benjamin Franklin proclaimed, “We have been assured, Sir, in the sacred writings that ‘except the Lord build the house, they labor in vain that build it’”. The impasse was broken by prayer, and the Constitution was completed.
On that basis, a group of faithful women met in Washington, D.C., in 2012, to strategize a way to change the culture, which resulted in the American Prayer Initiative, designed to help draw "we the people" of this nation back to the One upon whom she was founded ~ asking for His aid in the re-building of our land on the Biblically-based principles established by our Founders.
The first of our champions is the organization that resulted from those strategy sessions, The American Prayer Initiative, a call for this nation to join together to pray, specifically, each day for the needs of this nation.  The second of our champions, is the publication, The Washington Times, for printing a special feature in their newspaper on the power of prayer.  The following article was  written by David Kupelian, managing editor of World Net Daily, and it appeared in that Washington Times section, and I would like to share it with you, in its entirety:

There’s no greater or more famous prayer than the Lord’s Prayer. Ironically, theaters throughout Britain recently banned an “advert” featuring the Lord’s Prayer, intended to run just before the new “Star Wars” movie. Apparently it’s politically correct for a fantasy “force” to be “with us” – but not the Real One.
In any event, even though most readers have probably recited it thousands of times, let’s look at the “Lord’s Prayer” with fresh eyes.
Jesus, when he taught this prayer 2,000 years ago, first laid down a couple of ground rules: “Use not vain repetitions, as the heathen do, for they think that they shall be heard for their much speaking.” Besides, he added, “your Father knoweth what things ye have need of, before ye ask him.” That said, Jesus gifted to mankind this short (only 66 words) -- but perfect -- way to commune with the Creator of the universe:
Our Father which art in heaven, Hallowed be thy name.
Thy kingdom come. Thy will be done in earth, as it is in heaven.
Give us this day our daily bread.
And forgive us our debts, as we forgive our debtors.
And lead us not into temptation, but deliver us from evil: For thine is the kingdom, and the power, and the glory, forever. Amen. (Matthew 6:9-13 KJV)
So let’s look at it: First, Jesus exhorts us to honor God and humble our will before His, and to seek His continued sustenance. (No problem, we think.)
Later we’re told to ask for God’s protection as we acknowledge His supremacy in all things. (Great, that makes perfect sense too, we think.)
But in between those two parts comes one line that delivers an essential, life-changing commandment, the beating heart of the Lord’s Prayer, and the fulcrum of change in our lives, the place where miraculous things happen to us – or don’t, if we don’t heed it:  And forgive us our debts, as we forgive our debtors.
So crucial is this line that, immediately following the prayer, Jesus reinforces the forgiveness requirement in the starkest terms imaginable, to make sure nobody misses it:  For if ye forgive men their trespasses, your heavenly Father will also forgive you; But if ye forgive not men their tres- passes, neither will your Father forgive your trespasses. (Matthew 6:14-15 KJV).  Now that gets my attention.
Forgiveness requires that we let go of resentment and bitterness at injustices, disappointments and betrayals, and even, as Christ said, that we love our enemies and pray for those who persecute us. The big problem we have with this is that anger – whether subtle irritation or full-blown, out-of-control rage – is what sustains our prideful, sinful nature, which literally feeds on resentment and hostility while providing us an illusion of righteousness. Thus, fasting from the “meal” of resentment and truly forgiving those who have “trespassed against us” requires repentance on our part.
And where is repentance to be found? I love this short but transcendently meaningful explanation by John the Apostle: “Here is the message we heard from him [Jesus] and pass on to you: that God is light, and in Him there is no darkness at all. If we claim to be sharing in His life while we walk in the dark, our words and our lives are a lie; but if we walk in the light as He Himself is in the light, then we share together a common life, and we are being cleansed from every sin by the blood of Jesus his Son.” (1 John 1:5-7 NEB)
John mentions here no complicated dogma, no required religious observances, rituals, pilgrimages, or special diet. Just a sincere appreciation of God’s forgiveness and this glistening instruction: If we “walk in the light, as He Himself is in the light” – that is, if we calmly and humbly welcome God’s light of understanding to shine in our minds and souls, by which light we will observe our dark, angry, sinful nature – He will grace us with repentance. And “then,” assures John, “we share together a common life, and we are being cleansed from every sin by the blood of Jesus, His Son.”
Again, living “in the light” – not losing ourselves in worry over the past, or anxiety and fear over the future, but staying faithful in the present moment, in the presence of God – involves facing our own vexing imperfections and faults, without condemning ourselves, or covering up the sin, or struggling with it to fix it, but just patiently waiting on God for help. When we do that, we are, in that very moment, being transformed, redeemed, graced to “share together a common life” with God.

As you can see, Freedom comes in more than one package... there is the freedom guaranteed by our Constitution, and the freedom we receive from forgiveness.  The legal and moral freedoms of this nation just happen to be intertwined with the freedoms provided by our God.  If we would live out the Lord's Prayer, we could change the culture in this country; we could truly live "in the land of the free", and enjoy the nation that God built.  Until then we "labor in vain".

Acts 17:30    "The times of ignorance God overlooked, but now he commands all people everywhere to repent,"