This week The Daily Mail published an article relating how two Dutch filmmakers recently conducted a social experiment in an effort to measure public reaction to — and obviously to excoriate — what they deem to be “shocking verses” in the Bible.  We've seen it before, but this time Satan's associates have taken it to a new level and produced a viral video that has garnered over 4 million views since it was released last weekend!  Therefore, that deserves a response.
It is easy to see the dispute and friction that the filmmakers were seeking to cause.  The voiceover for the documentary film begins with this soliloquy:  "Muslims have been accused of following a religion that has no place in our Western culture ... This made us wonder — what about Christianity, a religion that has influenced our culture greatly?" 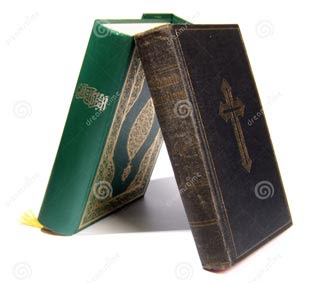 Colossians 2:8          "See to it that no one takes you captive through philosophy and empty deception [pseudo-intellectual babble], according to the tradition [and musings] of mere men, following the elementary principles of this world, rather than following [the truth—the teachings of] Christ."